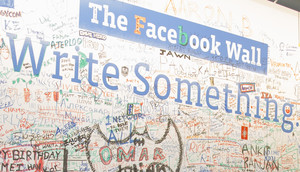 The basic facts are simple. According to unnamed NYT sources, Facebook is in negotiations with The New York Times, BuzzFeed and National Geographic about hosting their content inside Facebook. In other words, improving the user experience so that videos auto-play and article content appears instantly.

What is less clear is the business model. Will there be a share of ad revenue? Can publishers serve their own ads within Facebook? Will they get access to the data?

Either way, most commentators have doubts. At Nieman Labs, Josh Benton suspects it could be “a net positive for some publishers” but it’s also “the sort of decision that one might look back on in a few years as the moment you got swindled”.

Jeff Jarvis gets straight to the point:

My advice to publishers negotiating w/Facebook: Don’t do it without the data. With the data, do it. http://buzzmachine.com/2015/03/24/relationship-stupid/ …

On Friday, I wrote a wishlist for what I’d like to see Facebook do for news, hoping it would allow publishers to embed content — with business model…

Although he is generally positive about the era of distributed content, “to go to the readers rather than make them come to you”, in his Buzzmachine post he argues that quality news is not sustainable without a relationship with the reader, and that means data about the reader. It’s possible he’ll follow up the theme at our World Editors Forum in June.

@jeffjarvis back at #WNC15 on 2 Jun. Facebook, Google and Gutenberg sure to get a mention. http://www.wan-ifra.org/events/67th-world-news-media-congress-22nd-world-editors-forum-25th-world-advertising-forum?view=programme&mode=timetable …

If you are already struggling to move your ad business to mobile, it might look sensible to partner with the most successful operators. But this, again, is a double edged sword. Ciaran O’Kane, CEO of ad-tech tracker ExchangeWire was quick to respond

@jeffjarvis @nicolasclasen G & Facebook own 70% of mobile ad market. Understand issues for publishers. Be wary of the beast you’re feeding.

For publishers, this will be the one of the all consuming topics of 2015. Ben Shaw, Director of Global Advisory, WAN-IFRA, says “It is very similar to giving up control of the ‘last mile’ of distribution of the newspaper, some have done so, but you lose a lot of control.” He believes publishers should ‘definitely’ find ways to partner and benefit, but need to think about the long term. The rumour is that companies like The Guardian are keen to present a united front in negotiations. It’s also an issue that WAN-IFRA will watch closely.

In the coming weeks we will see exactly what the deal means. But until then, one (non)comment from NYU journalism professor and media critic Jay Rosen (remember his 2014 warning to editors “Facebook has all the power and you have almost none“?) best sums up the news.

57 people are talking about this