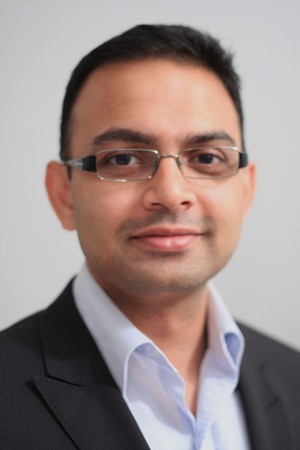 Led by the Guardian, the alliance is made up of CNN International, the Financial Times and Reuters as founding partners, with The Economist also providing access to its advertising inventory. In statement announcing the launch, the GNM Press Office noted: “The alliance is being launched in beta from April 2015 and will offer advertisers the ability to access inventory across the group of premium publishers via the Rubicon Project technology platform.”

In this case study from WAN-IFRA’s recently published report, “The impact of programmatic advertising on news publishers,” Ashwin Sridhar, VP of online advertising at The Economist Group, discusses how the group has been making use of programmatic.

“Frankly, we are a little unusual at The Economist,” says Sridhar. “For four months out of 12, we have to tell clients that we are sold out and have nothing to offer – so we have never been part of a network other than our own publisher network, and have never had remnant inventory to [make available] on a network. That means we never had a programmatic programme before about April 2014.”

In some ways, however, that makes the prestigious news group a remarkable case study, since its interest in programmatic is solely in programmatic premium – in itself an indicator of how far the technology has come since its early beginnings as a “robotic bargain basement.”

“From our point of view, this is about a drive to efficiency from the client side, and that is the space we are going after,” says Sridhar. “That doesn’t mean we need to drop rates; instead we are trying to give advertisers access to the same inventory, and to enable that, we have brought in programmatic specialists. I have a director of programmatic in the U.K. and one in the USA.”

Winning over the salesforce

Given the suspicion with which sales people tend to view programmatic, this might sound like a recipe for trouble – appointing two advocates for such a strategy could easily sound like trying to hammer an unpopular policy through. Sridhar is keen to point out that this is not the case and the key to making it happen is the conversation/education process within the company.

“We still compensate the sales team for programmatic sales and that goes a long way towards taking the fear away. To be honest, it annoys me to see sales people going back and forth [in conventional sales procedures] when they should be closing a deal and moving on to the next one and that is how we have presented programmatic.”

Sridhar does acknowledge, however, that there are some problems. “Of course there are a couple of things. The lack of knowledge is one; if you go around the sales floor in any publishing company and ask what programmatic is then nine out of 10 sales staff will tell you that it is RTB and there is no role for a sales person there.”

In reality, programmatic is much more than RTB and Sridhar offers an easy counter to the above assumption. “I would argue that there is more need for a sales person in programmatic than anywhere else. What we need is the sales narrative; the reason to buy in one publication rather than another is what it is all about, and we need integrated solutions to help brand advertisers solve the complex challenges they now have. For that you need a sales person who understands the marketing challenges and can put together a programme of solutions. I would argue that this is impossible if you are solely reliant on machines.”

Revolution, yes, but from within

So firmly does Sridhar believe that the key is making the most of the existing skills and knowledge of the sales team that he has opted not to flood the sales floor with external consultants in a bid to usher in the new practices. Whilst the appointments on both sides of the Atlantic show the importance of programmatic to the publisher, it is still clear that to a large extent The Economist has opted for change from within rather than importing talent.

“We can’t do programmatic without the platform itself, so we used Google’s to start off, and at that point Google seemed to be the best option. In terms of helping with strategy, we did not bring in a consultancy firm because we are very different. We live in a world where we often say we won’t take your money as we don’t have inventory to sell and absolutely nobody understands our proposition better than we do. So we started talking to a number of other publishers in the UK to try to understand what they are doing and took a look at whether that made sense to us, and from there we crafted our current strategy.”

The company told DigiDay in a report this January that six months ago it “began running its own ad retargeting program in-house by having a dedicated member of its marketing team execute campaigns via a DSP – DoubleClick Bid Manager. … this approach leans heavily on The Economist’s own data. It utilises data sets collected through a data-management platform (DMP), supplied by BlueKai.” That said, it hasn’t fully moved away from agencies entirely. “We’re trying to straddle both [agency and in-house] approaches,” said Mark Beard, VP, digital media and content strategy and circulation and marketing director, U.K., The Economist to Digiday.

All of which sounds quite straightforward – yet even a special case like The Economist must surely be confronted with obstacles on the path to efficiencies. “Certainly,” concurs Sridhar, “not least a mismatch in expectations and understanding between the premium offering and the buyer side. We might agree a number of impressions with Agency X, but the agency side continues to see it as an RTB opportunity and behaves accordingly. So we agree on a million impressions and send that to the agency, which then wants to only take a fraction of the total because they are buying across multiple publishers with an RTB mindset. It’s sufficiently new to buyers and publishers alike that there is a mismatch in expectations about what is being delivered.”

For all the education process however, Sridhar is insistent that the future of programmatic for The Economist has nothing to do with RTB or with replacing sales staff; “You can’t do away with the sales team and any organisation that thinks this is a technological means of lowering headcount is only thinking short-term. Initially, I had no interest in programmatic back when it was all about remnants, but its evolution has meant that it has become more interesting. Now that I’m looking at it and seeing how we can maximise our sales force, I think that moving everything to programmatic could mean we free 40 percent of our sales force’s time to get out there and prospect new clients.”