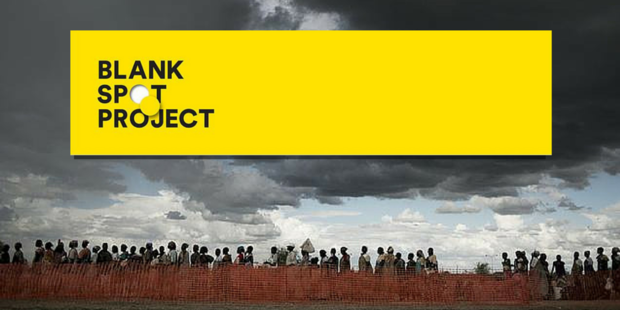 The Blank Spot Project, led by renowned investigative reporter Martin Schibbye, asked their audience to become project members ‘for the price of a bulletproof vest in Ukraine’. With this they would have access to reporters as they uncovered a story, traveling alongside them for each step of the story, and collaborating on investigative projects.

The concept for the project formed after Schibbye himself spent 438 days in an Ethiopian prison when he was caught investigating the activities of a Swedish oil company in Ethiopia’s restricted Ogaden province in 2011.

When Schibbye was released, a fellow prisoner whispered to him: “Tell the world what you have seen.”

The project launches at a time when businesses and individuals are searching for new ways to fund investigative journalism, as it is often the first to go in a cash-strapped newsroom.

For Schibbye the challenge had a simple solution: “I thought to myself, along with a couple of colleagues and editors and photographers: ‘Why don’t we just ignore this crisis in journalism, and build something else instead?’” Schibbye told the World Editors Forum. His team hope to dispose of the traditional selling and advertising business model and instead consider their readers as ‘members’.

The group will use their social news feeds as their stories develop in real time, to take their members “behind the scenes in the world’s conflict zones and hot spots.”

“But you’ll also be along when we bury ourselves in annual reports, studies, and policy documents,” says Schibbye. “Often we’ll need your help, often you’ll know more than we do. The reportage will begin to set a fire inside you before we are on the scene, and you’ll be able to help us all the way to the end.”

Schibbye says he is already packing his bags.

Some of Martin Schibbye’s colleagues remain in prison in Ethiopia for defending press freedom. In 2014, Schibbye accepted the Golden Pen of Freedom award on behalf of his colleague Eskinder Nega, who is still imprisoned.