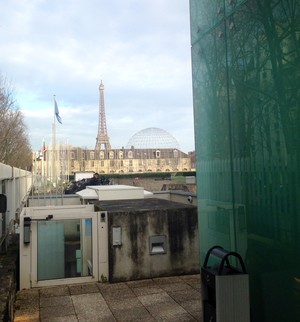 One of the Internet Study’s themes is the need to ensure protection for confidential sources relied upon by journalistic actors in the course of investigative reporting. This is informed by a UNESCO-commissioned international research project I’m leading for WAN-IFRA and the World Editors Forum.

We’re examining the impact of the digital revolution on legal source protection frameworks in 121 countries in the production of the Privacy and Journalists’ Sources study. We’ve interviewed nearly 50 expert actors and surveyed close to 100 others in the course of the study, which is now nearing completion.

The Privacy and Journalists’ Sources Study has evolved in a climate of rising concern internationally about the undercutting of legal source protection frameworks by mass surveillance and mandatory data retention, the trumping effect of national security and anti-terrorism legislation, and the shifting media production landscape which has seen the broadening of definitions of journalistic acts and actors, with relevance to debates about who is entitled to claim access to source protection.

It has also been produced in a global climate of disruption caused by crises in journalism attributed to the erosion of source protection in the post-Snowden era.

The draft UNESCO Internet Study in focus at the Paris conference canvasses proposals including expanding the definition of ‘journalist’ to include social media producers and human rights advocates in the context of source protection coverage. It also notes that: “Updating regulation that protects the confidentiality of journalists’ sources to include digital aspects, was underlined as being central to press freedom in research specially commissioned from the World Association of Newspapers and New Publishers (WAN-IFRA) as a contribution towards this study.”

Specifically, the over-arching UNESCO study proposes “Legal guarantees for the protection of whistleblowers and journalists’ sources.” It asks, with respect to the role of privacy in protecting freedom of expression, “…whether the protection of the confidentiality of journalistic sources should be similar to, or dramatically different, in the online digital media environment, where it is possible to technically track networks of communication. In this light, should there be greater or different kinds of protections for journalists in protecting the confidentiality of their sources?”

Respondents to the Internet Study reported that “…protections for journalists were inadequate, with many feeling that journalists were ‘barely’ covered. Of prime concern by respondents was that protections, where they exist, are often limited to ‘traditional’ journalists — those working in media such as print or broadcast. In an era of increasingly internet-based journalism, this was seen as inadequate.”

The role of third party intermediaries in the growing trend towards government mandated retention and handover of data is also a feature of the Privacy and Journalists’ Sources Study I’m leading. During one panel session, I asked Ross La Jeunesse, Global Head of Free Expression and International Relations at Google, to explain the process behind recent revelations that Google handed over the data of Wikileaks staff to the US Government under a secret search warrant issued by a judge, and the implications for source protection.

He responded: “It’s one of the most difficult issues we deal with at the company – every day we deal with thousands of requests for revelations, or to block content. The easiest thing to do would be to acquiesce. But instead we do exactly the opposite. We push back on a great many of those requests. Roughly half the time we say no, and…we actually put our staff at incredible risk by saying no. But we are under the law and we are forced to comply if it’s been through due legal process.”

One interesting element of debates about source protection in the digital era is the manner in which they’ve re-focused media development globally. It’s no longer just about building capacity in developing countries, as WAN-IFRA’s Secretary General Larry Kilman pointed out during the conference: “Many of the issues with press freedom and media development are in the developed world today. The issue of source protection is now global. The issue with capacity building is how to protect your information.”

The conference continues Thursday, with the aim of producing a Conference Outcomes Statement that includes a recommendation to “Enhance protection of the confidentiality of sources of journalism in the digital age.”

Note: The over-arching UNESCO Internet Study is informed by UNESCO’s concept of “Internet Universality”, which summarizes four key principles: (i) that the Internet should be human Rights-based (ii) “Open”, (iii) “Accessible to all”, and (iv) nurtured by Multi-stakeholder participation. These principles are known as R-O-A-M.

Disclaimer: While this blog post was written within the framework for research conducted for UNESCO funded by the Swedish International Development Cooperation Agency (Sida), ideas, opinions and findings are not necessarily those of UNESCO or Sida and do not commit the organisations.