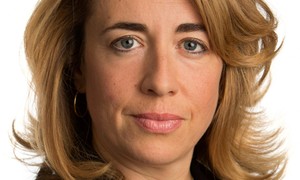 When she takes over from Alan Rusbridger mid-year, Viner will become The Guardian’s 12th editor, and the first woman at the helm since the paper was established in 1821. She will also be the only female editor of a daily ‘quality’ newspaper in the UK.

At the World Editors Forum we look forward to the day when appointing a woman as Editor-in-Chief is not headline-worthy. But until that day comes, we will celebrate the appointment of Katharine Viner, and others like her, as noteworthy steps towards gender transformation in our newsrooms.

Rusbridger announced Viner’s appointment on Twitter, describing her as “brilliant”

Delighted the brilliant Kath Viner to be 12th Editor of the Guardian in 194 yrs.Only instruction: “Carry on as heretofore”

495 people are talking about this

The New York Times‘ Public Editor, Margaret Sullivan echoed the sentiments of many senior women journalists struggling to make their way to the top after a year that cost two ground-breaking women editors their jobs in New York and Paris

The glass ceiling may never be the same. Congrats to @KathViner, new @guardian editor. http://www.theguardian.com/media/2015/mar/20/guardian-appoints-katharine-viner-new-editor-in-chief … #WomensHistoryMonth

95 people are talking about this

Viner appeared moved by the avalanche of support the announcement generated online.

Overwhelmed by so many generous messages about my appointment as next editor-in-chief of the Guardian. Thank you! I’m honoured & thrilled

She told The Guardian she felt privileged to take on the responsibility of Editor-in-Chief and honoured to follow in Rusbridger’s footsteps:

“Building on his track record, I intend to lead a media organisation that is bold, challenging, open and engaging. It will be a home for the most ambitious journalism, ideas and events, setting the agenda and reaching out to readers all around the world.”

When Viner delivered a major keynote address at Melbourne University in late 2013, she made clear her commitment to the philosophy of ‘open journalism‘.

For further insight into Viner’s Editorial leadership style, read her pitch to colleagues for the top job at The Guardian in the lead up to an internal ballot on the Editor-in-Chief position last month.