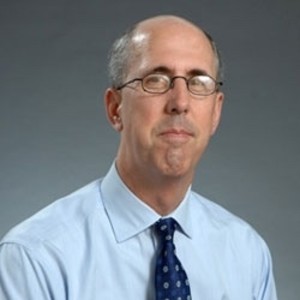 What do you and Politico hope to achieve with this expansion into Europe?

Nichols: As you’ve probably seen this is a year of dramatic expansion at home and abroad for POLITICO and we’ve long felt our brand of journalism – high-energy, policy-focused, engaging and provocative – could strike a chord in Europe. Brussels is our first beachhead, if you will, and if we’re successful, our ambitions are to be a major player throughout the European market.

Why did POLITICO decide to launch a European edition? What gap in the market are you trying to fill?

Nichols:  There’s good journalism being produced in Brussels but pretty much all of it comes through a national prism – what London wants to read about Brussels, what Paris wants to read, etc. And that’s as it should be for those publications. But what’s missing is a serious publication that covers Brussels and Europe policy and politics for their own sake. We also think that while our European colleagues have made strides in making the transition to digital, our 8 years of experience at POLITICO will give us an advantage appealing to readers on the Web.

Can you explain Politico Europe’s various subscription models across different platforms to me? What lessons are you taking out of Washington and New York about what works and what doesn’t work?

Nichols: The main lesson is that we feel you can’t be financially successful right now without a subscription part of your operation. When the market is right for these products – and we feel strongly that Brussels is – you are limited only by your ability to provide quality journalism. In Washington, we started with three verticals and now have 14, with renewal rates of 95% or higher. The main lesson is that if you provide subscribers with information that they have to have to do their jobs, and provide it in real time and predominately via mobile device, they are more than willing to pay for it.

I think we’ve also learned from both D.C. and New York how to better integrate verticals and free material and in Europe, we’ll have much more of a horizontal structure. In other words, everyone will be expected to contribute to our subscription products and everyone will have the opportunity to write outside the pay wall. We’ve always been about having one staff; not a digital and print staff and not a paywalled and non-paywalled staff.

Can you tell me more about the print publication launched April 23rd? Why are you also launching a print format?

Nichols: Print was and is important to us in Washington, and the same is true in Brussels. It’s a city that still has a very healthy appetite for print journalism and we’re delighted to have, with the purchase of the European Voice, a weekly opportunity to do that. We’ll continue to publish on Thursdays, with the publication becoming more of a showcase for some of our best enterprise reporting.

What will the print edition give that the digital version won’t and vice versa?

Nichols: They will both read like the best of POLITICO journalism and we really don’t make any distinction between copy for the Web or for print. That said, our print edition will probably focus even more closely on the Brussels bubble and also showcase some of our deeper dives and enterprise work.

Can you tell me more about the collaboration with Axel Springer?  Why did you choose to partner with the media organisation? What will they bring to the partnership?

Nichols: We had talked internally about coming to Brussels several years ago and decided not to for a number of reasons; but a central one was the lack of a European partner. So when (Axel Springer) approached us about this venture last year, we were delighted. They bring a solid track record of achievement in Europe, they bring years of experience in the European market and they’ve been enormously helpful in all aspects of launching this publication – from helping us find staff to lending us some of their talented staffers from Berlin. They’ve also provided us with one of the leaders of our publication, Florian Eder, the former chief Brussels correspondent for Die Welt and now one of our managing editors.

In short, they’ve been invaluable partners and simply a pleasure to work with.

Can you tell me more about the size of your newsroom? You’ve recruited people from a wide variety of backgrounds and language groups, can you tell me what Politco was looking for during the recruitment process?

Nichols: We’re just short of 40 people – and I think 14 countries are represented and at least that many languages. We wanted a very international newsroom, and one that mixes some journalistic veterans with younger journalists with an intuitive sense of the Web. And an important think for a start-up is finding people with a passion to make a new venture work – and I think we’ve found a fabulous group.

How are you navigating across different languages and differing political situations across Europe?

Nichols: For now we’ll write in English, though we certainly hold out the possibility that we might move into other languages in the future. Our primary focus is on Brussels but we’ll have correspondents in London, Berlin and Paris at launch with other capitals to follow. Our aim is to tell the European political story writ large, and we can’t do that just from Brussels.

Bill Nichols will be sharing Politico’s Story at the 67th World News Media Congress in Washington DC, from 1 to 3 June 2015.