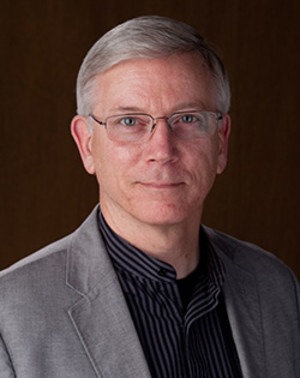 Northrup created the original US$2.5 million Newsplex model newsroom for demonstration and training in convergent newshandling technologies and techniques.

He is now chief editorial officer and news experience producer of The Newsplexer Projects, a series of massive-media editorial productions used to invent new ways of doing the news and train fusion journalists for the new mainstream media. He holds the endowed Turner Multimedia Professorship at Western Kentucky University, and previously was publications director at WAN-IFRA. He originated the annual NewsGear evaluation of advanced technology for modern, mobile, multiplatform journalists. He launched the Media Scenarios Project using scenario planning methods to envision the future of news and the news business.

Northrup will be giving the keynote presentation at WAN-IFRA’s 10th Middle East Conference, which takes place 15-16 April in Dubai, UAE. Ahead of the conference, we asked him about his advice on newsroom change, what news sites impress him, and what he thinks the newsrooms of the near future will look like.

WAN-IFRA: What are the top three questions news publishers need to think about before making changes to their newsrooms?

Northrup: The way you ask this question, “newsroom change” could mean anything from a streamlining aimed primarily at cutting costs to a fundamental reorganisation around a completely new strategy. But in my book, don’t call it “newsroom change” like you are actually trying to amp up the editorial operation if all you’re going to wind up doing is more of the same thing you’re doing now — which isn’t really working for you.

In today’s media ecology, with the very existence of long-standing news companies at risk, don’t waste time on a piddling change effort. And it’s piddling if this single question doesn’t apply: What completely new editorial capability are you going to enable? If your core product is on a steady downward slide, improvement will only extend the length of the decline. So change to create, not to improve.

Often there’s a spotlight on what major publishing houses are doing, but who are a few of the small-to-medium sized news publishers that you think are doing impressive things that other publishers could learn from?

For my money, you have to look outside the legacy mainstream, at non-traditional news activities, the new mainstream media, to find examples of what could carry a legacy news operation into the future. Single-story publishing like Syria Deeply. Episodic publishing like “Serial” from This American Life. Audio-cored mobile publishing like NPR (National Public Radio). Community-generating publishing like Politico. Long-form publishing like Medium. Non-broadcast video publishing like Vox. Streaming social news engagement like HuffPost Live.

There are a lot more, but you get the idea.

It’s about what you consider your core product to be, and whether you’re doing something entrepreneurial that attracts a passionate core community of millennial media participants.

In keeping with the theme of this year’s conference, “Imagine it is 2020,” what are a few of the key ways that you think the newsroom of 2020 will differ from today’s?

This one is definitely not a short-answer question. It might seem to be, if one assumed newsrooms in 2020 are all basically evolutions of today’s.

The editorial services activity does basically fit the mold of today’s legacy media, updated. The business model is based on mass content and aggregated audiences. Their newsrooms tend to be based on the proven formula — networks of people pulling in everything they find significant for the widest possible community and fitting it into formatted products driven by update schedules and CPM metrics.

The main differences in these newsrooms in 2020 and beyond will be wrought by the same trends in size, scope and significance affecting their host media companies, since newsrooms don’t operate in isolation.

We’ll see smaller staffs leaning toward gatherers and curators, visual designers and social engagement teams. The main technological differentiator in this type of newsroom is likely to be growing reliance on algorithmic production of stock story text and data-visualisations.

Experiential news media are the new mainstream as far as millennial participants are concerned. The business model is based on high-end story production and unique user experiences that generate high engagement with bespoke communities. These are entrepreneurial activities with startup-style newsrooms bearing little resemblance to traditional editorial operations in terms of workflow and organisation.

Instead, they comprise small, multi-skilled, multi-tasking teams that might be looked upon as the journalistic equivalent of a musical band. These journalist bands tend to incorporate specialized content creators, UX designers and social context producers among other editorial artists.

Their primary technical differentiator is not so much what technologies they use as how they use them in novel ways that come to be recognised as their particular style. And it is that style as much as their story that attracts their community.