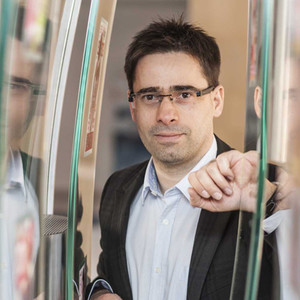 Sanoma is a leading consumer media company, originally based in Finland, that has a strong presence across Europe. We spoke with Tamás Szépvölgyi, CEO of the Mobile Development Centre, who will address a session entitled “Live from the lab” at the upcoming World News Media Congress as well as a pre-Congress workshop on wearable devices.

WAN-IFRA: Could you explain what the Mobile Development Centre does for Sanoma brands, and how it was created?

Szépvölgyi: It creates mobile apps and connected media solutions for the whole Sanoma group. We built an app for the FIFA World Cup in 2010, which became internationally successful. It brought us to the realization of the importance of in-house mobile know-how. From that moment on, we became a center of excellence within the company, launching more than 300 apps by now. Sanoma’s main markets are Belgium, Finland, the Netherlands, Poland and Sweden, but we are launching apps internationally as well.

Please give some examples of recent launches.

In Belgium we launched an app with a unique user interface called Flair, which is an extension of Flair magazine, whose user experience received lot of positive feedback. We are mobilizing web assets too. Some other recent examples include an app for FashionChick, based on fashionchick.nl, which provides dressing inspiration and conducts e-commerce. Another is the Oikotie app for real estate classifieds in Finland, which takes advantage of mobile sensor technology in association with property listings. We are also creating concepts and prototypes like re-thinking startpagina.nl, the Netherlands’ leading directory site, or an Apple Watch app for NU.nl, the largest news portal in the Netherlands.

The most significant new product within Sanoma MDC is probably SPNS (Sanoma Push Notification System), which allows Sanoma to send information directly to its readers and reach them on their respective devices at any given time. SPNS is basically an IT solution orchestrating future media consumption and the new media tempo. We are proud that the system is among the finalists in the Best New Product category of the European Digital Media Awards.

How high is innovation on your list of priorities and what steps do you take to make sure it is prominent in your products? What is the creative process for you?

Innovation has become the daily bread and butter of media companies. Especially when developing connected media solutions, most of our products need to be forward-looking. Traditional media production used to be centered around editors, while now the engineers and developers are the makers of these future media products.

Within Sanoma we have an innovation lab, and this is really where there is a lot of room to experiment. The projects involve several prototypes and iteration circles, and sometimes the project changes and we end up with something unexpected. There was a case where we were creating a beauty cream advice app, which was supposed to be a simple business-to-consumer app. Instead, we ended up with a business-to-business solution.

In most cases we work with traditional publishers and brands. We add mobile-related know-how in the formation phase in their offices. Development is an agile process, happening mostly on our premises, and does not last more than two months. Within the mobile development center we have our own R&D activities, the outcomes of which provide a lot of inspiration for practical work on magazine and online titles. The latest example is a community app we developed for a car entertainment system, tested on Jaguar and Range Rover cars in Berlin.

What is your take on wearable devices? How do they apply to the needs of your company and clients?

Wearables, especially watches, are very important to us because they allow us to have a close point of contact with the user. They are more personal than phones. That trait is why we really believe that they will be used, but we will know how they will be used only when the early hype is over. We have a few interesting gadgets now, like one that reads brain waves. We are cooperating with a start-up that produces wheelchairs and have made a wheelchair that is driven by an Android device that is sensitive to head movements. The logical next step is for wheelchairs to be driven by brain waves.

We are flooded by new sensory devices almost every day: head-mounted devices, muscle sensors, etc. All of those are just in an experimental phase now. We will see which devices will be convenient and useful enough for mass adoption. If they do not become a medium in their own right, the devices will be prime targets for media companies.

We should not think about wearable devices as solitary units, but rather as parts or extensions of different ecosystems. It is likely that all those are going to connect to a hub, or even several hubs. The basis of these future ecosystems can be the phone, a device in the living room, or even a connected car. So yes, it’s important because everyone is going to have them. They themselves will become a medium, and they will play a significant role and will directly affect everyday lives.

What would you like to highlight in your presentation at the World News Media Congress?

Every device around us can be capable of conveying media messages. Media companies should consider all means of reaching their audiences via connected devices in different real-life situations. If you consider SMS, its current use is accidental; it was not designed to be used as it is now. We believe that there will be plenty of lucky accidents with these new connected devices. It will be the users’ habits that determine what new media types are created. Media companies should be open to these new formats, just as they adopted Twitter and Facebook.

It is important to play the media part well and to understand the power of notifications in order to guide the audience. In the future, there will be even more interesting devices conveying messages and more orchestration of information – infotainment will be needed.

Advertising in the mobile environment is still uncertain for media brands. What do you think is promising in this area in terms of technology and format?

Media companies are capable of using more and more of our data, using “big data” techniques, just as many other companies around the world do. But there should be some exchange value. Mobile advertising is not so uncertain now; ad formats are standardized and ad measurement is more defined than it was a few years ago. The promise is that big data utilization and the new wave of mobile ad formats will result in a significant gain in mobile ad revenue. The ad market certainly needs to adjust to the latest possibilities, and its legal framework needs to reflect market and user demands. We believe that the new devices and new formats give us unprecedented possibilities.