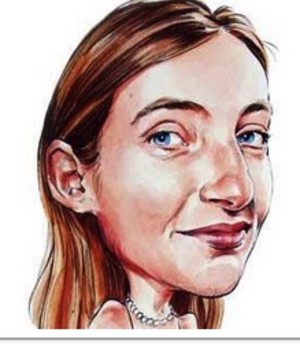 Two of the biggest news organisations operating in Africa – the BBC (British Broadcasting Corporation) and Agence France-Presse (AFP) – are experimenting with different ways of covering and presenting the continent for the digital age.

AFP – which has moved more into multimedia in recent years – has started doing a 10-minute weekly broadcast show on Africa in French and English. The “Africa Weekly” show, which was launched in April, can be edited so that AFP clients can translate, re-voice or use it as the basis for their own news show with their own guests. It is also available in formats that can be adapted to digital platforms.

Meanwhile, earlier this year the BBC.com website was revamped to serve up more African content when it detects a user comes from an IP address on the continent. It has also introduced a new web section called “Africa Live” aimed at the mobile audience that includes video, MP3s (from BBC World Service radio for Africa), picture galleries and live news blogs.

The BBC’s amping up of Africa content is a result of the growth of the website’s African audience, BBC World Service group digital development editor Dmitry Shishkin told Journalism.co.za – and this growth comes from the rise of mobile devices on the continent.

BBC.com has 9 million unique browsers per month in Africa, with 4.6-million of these coming via mobile devices.

“Currently, about every 10th user coming to BBC.com as a whole is from Africa,” says Shishkin. “We would obviously like that to grow and all the initiatives we are currently driving forward – be they tech or editorial – are created with a view to this huge technological revolution that is happening in Africa in terms of mobile penetration and the rise of general standards of living and disposable income, and the ability to spend money on connectivity … We’re trying to get into this growing wave.”

There are estimates that by 2019 there will be almost one billion mobile connections in Africa, Shishkin says.

The main growth areas are South Africa, Kenya, Tanzania, Ghana and Nigeria, says the London-based Shishkin, who joined the BBC as a reporter in Russia and who has driven the launch of the African edition.

“It’s really important that we get our content mix right because one of the main considerations behind the Africa Live page is that if you went to the BBC Africa page in the past, it was dominated by what we call ‘DDD’ – death, disease and destruction.

“And this is not what we know about Africa. From our coverage of TV and radio (in 48 African countries and in seven African-language services with more than 150 journalists), we know Africa really well.

“The logic behind the Africa Live page was to try to leverage all that coverage – what’s happening across different languages and different platforms, i.e. TV, radio and online. By doing so, you actually see the breadth of coverage, that our reporters are always on the road doing something exciting.

“In the past they didn’t have a regular daily online outlet … Also the entry level for the reporters getting published on the website is much lower now. In the past, we were concentrating on getting people to write long-form features, which is quite difficult for people who might not have English as their first language. Now we are saying: ‘If you are contributing to the Live page, a picture or a tweet or a small update is enough to inform us of what’s happening in your part of the world’.”

This kind of content also suits the way people consume news on mobile, says Shishkin, with most people skimming web pages every couple of hours for updates and dipping in and out of content quite quickly.

All the extra content means a shift of focus from death, disease and destruction, he says.

“You have these wonderful, interesting, surprising features or picture galleries and bits and pieces that are very exciting.”

In its press release on Africa Weekly, AFP said video was a strategic priority for the agency while the show was part of a move to create “new and different offers …, notably in Africa where demand for content from the continent is high in a booming audiovisual market”.

AFP commercial manager for southern Africa, Harry Lee-Rudolph, told Journalism.co.za: “AFP is crucially aware of the importance of news coverage in Africa. Over the last decade when most agencies were pulling people out of the continent, we were actively expanding our coverage. The need for Africa news coverage has grown among local (SA) media in the past five years but there has always been a strong international need for Africa news and this market is also growing for us.

“Africa Weekly is an important step in bringing news highlights and ‘good news’ stories from Africa to the world,” says the Johannesburg-based Lee-Rudolph. “It’s new and varied, and neatly encapsulated into a ten-minute segment suitable for all screen devices. Absolutely wonderful.”

Note: In an article first published on Journalism.co.za and grubstreet.co.za