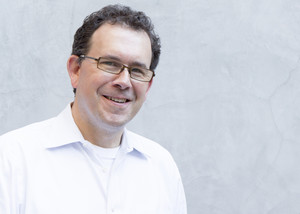 WAN-IFRA: How do you define what is innovative at Billy Penn? What do you try to do that’s new and that maybe hasn’t been done before?

Brady: I think we’re among the first who really try to do a local play that’s driven off the mobile phone. We acknowledge that the way people get news now is that they don’t spend 30 minutes reading a newspaper or watching a TV newscast anymore. They might spend 30 minutes reading news on a given day, but it’s probably 30 one-minute visits or 15 two-minute visits. We are trying to build a product that doesn’t force a reader into a schedule that isn’t their schedule. Our stream is a reverse-chronological publication of stories that we have either written or curated from other organisations. The idea being it is the place you can go and find out what’s going on in Philadelphia without having to go to seven or eight different sites.

I think what we are trying to be a little different on is storytelling, being a little less serious, and trying to build a site that’s got a tone that makes you want to be a part of it as opposed to feeling like you’re viewing something from outside. So, we’ve done emojis for all the mayoral candidates (candidate Lynne Abraham‘s is below) that we had for the election, and we use those in stories a lot. The candidates love them – they all actually signed their emojis at a debate that we were part of a while back. We try to write with voice, we try to have fun and we are trying very hard to break through this stiff institutional voice that I think is an issue for a lot of newspapers that are trying to reach a younger generation. I think we are the first to go after this millennial market via mobile phone in a city the size of Philadelphia, but I could be wrong about that.

We hear a lot about being mobile-first in media companies. Why not go mobile-only?

We still have a big work-day crowd. A lot of people access us from desktop, and we’re certainly not at a point yet in the mobile transition where we can afford to ignore desktop altogether. For us, what mobile-first really means is designing so that the first priority is that the site is easy to use on mobile. This means that it’s easily scannable, loads fast and allows you to get in and out quickly if you’re online at Starbucks for 30 seconds or sitting at a traffic light. We do a ton on social, which is obviously a huge mobile platform. Even though as a site we are more mobile than not, there are still some weekdays where we get more desktop traffic, so there is no need to walk away from that audience yet. That said, we don’t have a separate site for desktop. You use the mobile site on desktop, which means sometimes it’s not gorgeous, but we wanted to focus all of our design and development efforts on making it work on the phone and the tablet.

I think that membership is a model that can work. There are places like Voice of San Diego which has a pretty smart membership strategy, where people give a certain amount of money and depending on how much they give, they get different levels of access – they can come to certain meetings with newsmakers, they have some abilities that someone who is not a member doesn’t have. There’s another model that I’ve seen out there where you’re a member and you can get offsite benefits where, as an example, if you’re a Billy Penn member you get 10 percent off on Chipotle. There are membership models like one of the ones we are thinking about, which is creating groups around things like education, development, transportation and major civic issues in the city where we invite the citizens to get into a kind of daily dialogue with newsmakers in those areas, giving real civic engagement and solutions through journalism.

This is probably a small one, but we actually have a Billy Penn store and we sell merchandise. We do neighborhood profiles every week and sell visual postcards of every neighborhood. We couldn’t run the site on it but it’s another thing that can be five to 10 percent of your revenue. I think that if you find a couple of those you’re in pretty good shape too, so merchandise has some opportunities.

Circa, a very popular mobile news initiative, is showing signs of weakness. What do you think is happening there and did their model inspire you in any way while designing your platform’s user experience?

We visited Circa and Quartz early on and have certainly taken pieces for what we are trying to do. With Circa, the way they are trying to break the stories down and condense them into a way that’s easy to get background and easy to propel a story forward is really smart. We did learn a lot from them. With Quartz, we took away a lot of how their homepage operated in a reverse-chronological stream. I think this idea of going after passions is really smart, so we took a lot of pieces from the events model in some ways what The Texas Tribune is doing and the membership model from Voice of San Diego.

One of the things that I’ve heard about Circa that I might subscribe to a little is, it’s harder when you don’t have your own original content to build on. You don’t have to have it, but I think it does provide an extra hurdle to overcome because you have to get people on your platform and the easiest way to do that is through original content. People have said that we do such a good job on curating content from all around Philadelphia, and wonder if we considered not incurring the expense of having reporters and an editor and instead have one or two people who curate all day long. It can save money and improve your margins, but my answer is absolutely not. I don’t know how you would build an audience to your site without being able to produce things that are original to you. Putting on the promotional hat every time you publish a story is an opportunity to be found by somebody. If all you’re doing is curating, I don’t know how you go about doing that as effectively. I don’t know if that would have helped, but I can’t imagine it would have hurt, other than it would have cost more money upfront to do it. I think we did learn a lot from them, and what they did taught a lot of people a lot of lessons.

Nancy Lane spoke to WAN-IFRA about events as a way for media companies to develop. What are your thoughts on this?

We have done three major events already, and the idea is that we are trying to get to a point where we are doing maybe four or five a month that are a decent size. We just hired someone to run sales and events for us because it’s a huge part of the business. When people talk about local in a digital world, they always say that local doesn’t scale and that you can’t make money on local on the web. The focus is always on what local can’t do, but there is one huge advantage that you don’t have when you’re national, and that’s that your audience is physically within your reach. As a media company, you have convening power. You have the ability to reach people quickly, so why not organise them in a way that allows them to come to events, and at the same time, helps you build a revenue stream that’s not purely display advertising? Local sites will struggle if they go into it with the attitude that they have to have enough page views to serve enough ads to make enough money. Most sites will start doing a lot of things that are not necessarily good for the reader, like pagination and photo galleries that people blow through in 30 seconds, which generate a lot of page views but very little ad value. You’re doing things that will annoy your readers. A smart events strategy can only work if you have committed readers who care enough about your brand to show up at events and you can only have that commitment if you treat them well on the site, which means not creating page views just for the sake of page views.

They’re very effective. Obviously they’re all a bit different, but there’s no question that’s one of the ways you want to reach [millennials]. You start with the device. You want to reach them on mobile platforms, and social is a priority. Our community manager’s job is to make sure that we are out on all the social platforms and not just putting out story-headline-link, but being conversational with people. We put an Instagram photo as the lead picture on our newsletter every day, which is our best pick submitted of something in Philadelphia from Instagram. We put a lot of YouTube videos, which usually come from social, so it’s absolutely the way to reach them. We’ve put all our energy into going out into social platforms.

I’m not sure if this is a millennial thing but it helps: we actually launched a public Slack channel where we were giving updates to the AmTrak crash. People use Slack at the office, and so we were able to have our stories feeding into their workplace communication system. I think we’re going to do something on Snapchat soon, and are up for trying out stuff on any one of those platforms.

You’ve been incredibly successful in a lot of ventures, but Project Thunderdome did not go as planned. What are the lessons learned to avoid similar problems in the future?

I think I went into it eyes wide open. When I took the job at Digital First Media they were owned by hedge funds, so the possibility that things could change quickly definitely occurred to me. I thought we were going to have more time to build it out, but things change. I’m proud of the team we built up there. If you look at where they ended up, it’s pretty much an A-list of media companies, so I think most of them are happy they did it because it opened doors that weren’t previously open. In terms of learning, I think what I learned more than anything else is that culture change is hard and even though it felt like we were doing good work, it wasn’t always embraced by everyone inside the company. If nothing else, my lesson learned from that was that I needed a break from working at a big media company and needed to go start my own thing. I got to create the culture of Thunderdome but it had to fit into a larger culture, and that proved to be a somewhat difficult task. I decided that I wanted to go somewhere where I could just create a culture and not try to change one.