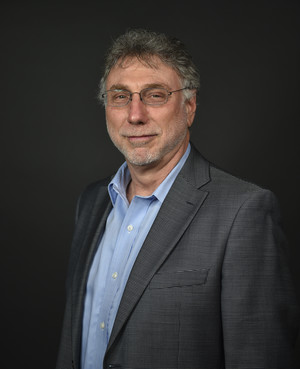 Posetti: Just how important is investigative reporting to The Post’s identity, and how much emphasis do you place on investigations as Executive Editor?

Baron: Well, I think investigative reporting is incredibly important to The Post’s identity, and I also think it’s incredibly important to our profession. I think perhaps our highest purpose is holding powerful institutions and powerful individuals to account. I think if we were to give that up for some reason – because we felt that it was too risky, or too expensive, or a distraction from other things that we need to do – that would be the greatest act of irresponsibility on the part of the press. If we don’t hold powerful institutions and powerful individuals to account, who will?

How much has investigative journalism changed do you think from Watergate to Snowden? What does that trajectory look like?

I think that certainly the people who are the subjects of investigative reporting have become much more sophisticated about how to deal with enquiries – they put up greater barriers now to our investigations. There are phalanxes of public relations people, lawyers and others whose sole purpose is to stymie enquires of the sort that we make. So, I think the degree of difficulty is sometimes greater. Certainly on issues like national security, there’s greater concern about surveillance and about the security of our communications. That’s something that we obviously did not have to consider in the past.

For example, we know that in authoritarian regimes, and some regimes that are not so authoritarian, that there are sophisticated methods of surveillance and the people they most wish to monitor are people in the press, and perhaps people in the foreign press. We know that they monitor us every step of the way, and so if we want to do investigative reporting overseas we can certainly suspect with good reason that people are trying to monitor our communications, so we have to be extra careful in that regard.

You’ve highlighted two of the key threats to investigative journalism in this era – one of which is resort by governments to national security or anti-terrorism defences on the one hand, and the other being the rise in mass surveillance. What did you learn though the process of trying to navigate those issues on the Snowden story?

For our own internal communications at The Post, I didn’t expect that we would have to be communicating with each other in an encrypted fashion and yet on many occasions we did just that. And on many occasions when we had meetings everybody turned off their cellphone, left their cell phones behind, and there was concern that they would be monitoring in that form of surveillance as well.

In the aftermath of the Snowden story how many of these practices have you carried forward into your newsroom communications particularly regarding investigations?

Well reporters use encrypted communications when they feel its necessary to do so. I believe that they consider it necessary on more occasions now then they have in the past. But we have had training in that regard, we also implemented a secure drop box system for sources to leave us information in a way they themselves can’t be tracked.

Our reporters who cover national security are consistently experiencing problems in just talking to people in the government, just having any conversation with a reporter, receiving a phone call becomes cause for suspicion when leak investigations are conducted. So very often people in government will simply respond with an email saying ‘here’s a number for the press person don’t call me ever again.’ Just so that there is a record that they didn’t speak to us because they just don’t want to get involved and a leak investigation, even if they’re not leaking anything, they’re just giving the normal back- ground that government officials have given for many decades.

So sources are extremely cautious these days about speaking with us. They don’t want to get caught up in a leak investigation, it could turn out to be very expensive for them, and they would just rather avoid them. And that creates an additional barrier for us in these investigations.

How concerned are you about the impacts of all of this on your reporters’ ability to work with confidential sources?

Well I am concerned about it. Obviously in order to cover government we need people who are willing to provide us with information. That’s especially true at a time when the US Government classifies such an enormous volume of documents including many documents that never should have been classified at all. Then to get them unclassified is incredibly difficult. To file Freedom of Information requests can take forever and with uncertain results. In order to provide in real time, or close to real time, accountability we need access to individuals who are sources and we also need access to documents. So these additional impediments to our work are greatly concerning. They do make conducting investigations much more difficult.

Which is a really problematic scenario as far as accountability journalism goes isn’t it? What’s the way forward?

I think we have to make a case for the American public through our own advocacy and through, primarily, the work that we do. This is important work. I find the public is generally supportive of investigative reporting, if anything I’m encouraged by members of the public to do it more often, not less often. They may not like all the investigations that we do, but they’re generally urging us to do more investigating and to dig deeper. I find that encouraging. They do believe that the only institution that can hold government to account is the press.

What are the three big challenges facing the Washington Post as you see them today?

The dominant challenges are, they tend to be commercial in nature. The first challenge is for us to continue to progress digitally. This is how people are reading us, it’s not just the digital age, it’s a mobile age, we not only have to be sure that we’re providing information in a way that works digitally, we have to be able to make sure to provide information in a way that works on mobile devices because a huge portion of our readers are coming to us via our mobile devices, primarily smartphones. That’s a huge change. The web is a different medium and mobile is a different medium as well so we have to adapt, not just adapt but embrace these technologies and do it quickly.

Number two is the continuing pressure on budget. We’re not a monopoly or oligarchy enterprises anymore in the newspaper business. We used to have very secure businesses and people talked about a lot of competition when there were three newspapers in a city. That’s nothing compared to what we face today. We face seemingly unlimited competition and that’s competition for readers and also competition for readers for advertisers. And that puts tremendous pressure on the financial resources that we have to work with.

And so we have to think very hard about how we work, where we deploy resources, what kind of organisational resources we should have and really question everything we do. And that’s challenging because everybody wants a little bit of a breather from all that’s happened, but the reality is nobody is going to give us a breather and so we have to accept that change is going to be a constant and it will be something that we have to embrace. So that can be unsettling for people who’ve been in this business for a long time, including myself, but it’s absolutely necessary.

And then I think the nature of the business given the speed at which we’re working now and the level of competition. The kinds of safeguards that we’ve had in this business where you can sit and ponder a story for a period of time and run it through several layers of editing – that becomes increasingly difficult these days and speed has had a huge influence on our business and it runs contrary to the idea of rigorous editing.

This Q&A is an edited version of an interview appearing in Trends in Newsrooms 2015, to be launched at the World News Media Congress in Washington DC

Note: Marty Baron will speak about the evolving role of journalism at the World Editors Forum during the World News Media Congress in Washington DC in June