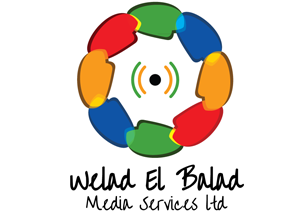 It also appears that the company is being targeted for its success in supporting and training young journalists, and notably with comments related to its engagement with WAN-IFRA and our recognition of its outstanding efforts in the name of public service.

WAN-IFRA categorically refutes the claims made by those whose motivation for attacking Welad ElBalad remains unclear. The slanderous nature of the comments directed against the company is a further worrying development for independent media, already under significant pressure in Egypt.

Welad El Balad operates 10 local newsrooms employing 120 journalists across Egypt. It is an independent community media company spanning multiple platforms and serving a distinct market need in a country where local news has, for a number of decades, largely gone uncovered.

WAN-IFRA will continue to monitor the situation carefully and extends its support and solidarity to Welad ElBalad and its employees.

“Welad Elbalad Media Services ltd. is currently under fierce attack. A satellite TV channel owned by an Egyptian business tycoon has devoted – over the past two days – two consecutive episodes of a talk show to slandering Welad Elbalad, accusing it of being the agent of foreign powers bent on fragmenting Egypt and undermining the Egyptian state, and calling upon the security bodies to take action against the organization.

Under the current climate in the country, such attacks could prove highly damaging to the organization’s relationship with both its audience, key local partners and the local government bodies, with which it deals on a daily basis. Notably, the interaction with local government authorities is crucial to Welad Elbalad undertaking its role as a mediator between local communities and government authorities, bringing the grievances and expectations of the local communities to these authorities.

Such incitement and vitriol could also prove harmful to the integrity and safety of Welad Elbalad’s journalists across the country. This is happening already.

Paradoxically, Welad Elbalad is being attacked for its successes. Under attack in the talk show was the fact that Welad Elbalad has won WAN-IFRA’s Digital Asia Silver Award for Best Public Service by a Media Company. In the same TV program, the presenter peculiarly sneered: “Can Upper Egypt withstand public service?” Also attacked were Welad Elbalad’s efforts in providing training to citizen journalists and university students, in agreement with provincial (state-run) universities. As such, and bizarrely, Welad Elbalad is being attacked for the very features of its work that have made it such a unique development in the Egyptian media landscape.”