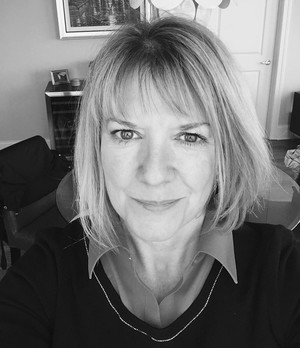 The LMA’s goal is to help local media companies, be they newspapers or broadcasters, directory publishers or pure plays, with their adjustment to the digital transformation.

WAN-IFRA: The World News Media Congress is an opportunity for small and mid-sized companies to meet and share. How do you hope they will benefit from your session?

Lane: I think that in the USA, some of the best innovation is coming from the small to mid-sized markets, especially the family-owned newspapers. I’m excited about the round table and the case studies that we are going to share from this segment. I think that those who will attend Congress will benefit from the networking and from hearing about the great innovation going on around the world. I’m very, very encouraged by what I’m seeing out of the small to mid-sized markets.

Could you explain your choice of speakers for this session in the programme?

Chris Edwards is VP of Sales and Marketing at The Gazette Company in Iowa. They have a daily newspaper and some TV stations, and are on the cutting edge of all the trends that are out there. They launched a digital agency about two years ago that is doing very well. They are doing great work with programmatic, and I think they are one of the leaders in that space as well. They are killing it with video and have really found a way to monetise it and help their local SMB clients use that platform. And native advertising – they are entering that space as well.

J. Tom Shaw is the Chief Digital Officer at Shaw Media. It’s a family-owned company with more than a dozen daily smaller newspapers in the Midwest, and they made a big splash with video maybe four or five years ago, before a lot of other companies were in that space. They are ahead of the curve when it comes to video, and I know J. Tom will share that. They are also having some success with their digital agency, so he’ll talk about their sales structure on the digital side and how they are handling that, which is a challenge for every small to mid-sized publisher in the USA. He will honestly address that, and also share what they are doing with programmatic, which is something that everyone in the USA is really just trying to get their arms around, knowing how much digital is going to be purchased via programmatic networks in the future.

And then we have Jim Brady, a top digital executive who has spent a great deal of time in our industry in a lot of progressive companies. Now he is out on his own with Billy Penn, a hyperlocal play in the Philadelphia area, which is really going after millennials.

We also have ppi Media and Markus Feldenkirchen sponsoring our session. They are a very innovative company and Markus has worked all over the world, which gives him unique industry expertise. He will give a few remarks and explain some of their current developments.

We see cooperation ‘across borders’, between big groups. Do you think smaller companies should focus on looking for more cooperation with groups of their size?

The Local Media Consortium, formed about 18 months ago, is a group that is bringing everybody together. Big, small, corporate-owned, family-owned – and there is real value in that. There is buying power and there are partnership opportunities, with companies like Google and Yahoo!, which they have successfully pursued, and through which they have helped the industry work better with those larger players. We are just seeing more and more cooperation at every turn, no matter what the size of the company.

Could you please give some examples of successful cooperation between members of your organization?

Going back to the Local Media Consortium, the group was able to work out a group contract for Google’s DFP platform, letting publishers now take advantage of prices that are far less than what they would be paying on their own. They are also working together on a large ad exchange which should be very beneficial to the industry. Those are two success stories that come to mind, but I think there is a lot more to come from the Local Media Consortium. It’s a great industry effort. It’s the first time really, in the history of our industry that this many players have come together for the common good. And, this is not limited to newspapers. Broadcast companies are joining, and it’s really leveraging the power and sharing best practices, which is really encouraging to see go on.

Could you tell us more about your members?

At LMA we are focused on helping local media companies discover new and sustainable business models. The companies that join and are active in our association are very much looking for these business models. They understand that they need to diversify beyond print and really get it on the digital side of the business. The companies tend to be very progressive ones, whether they are small or large, and tend to want to have higher digital revenues.

Right now, a big focus is events, and companies have started using them as a new revenue stream. Many of them are looking for 25 to 30 percent in the next three years or more. However, there are still plenty of newspaper operations in the USA that are still very dependent on their print revenue, that find digital hard and that are not going to invest in it. They probably don’t find value in LMA, and so they don’t join.

Our focus truly is the future and the transformation. We love print and we try and find as much innovation on the print side as we can, but a lot of innovation that’s going is on the digital side and in other areas. That’s what we are on top of and that’s what our members expect of us.

What kind of media company would say “no” to digital?

It’s not so much that they say “no,” it’s that they are not going to invest seriously. You have to view it as a new business, as a start-up. It requires seed money and it’s harder to find people with digital skills. Print is still strong and still makes money. Granted, revenue overall is down by 50 percent since about 2008, but there are still profit margins in print.

You have some smaller companies in smaller, maybe rural markets where print works and is probably a good model for them. When you’re in larger markets, though, you really need to transform and have a plan on the digital side. Most of our members are really trying to increase that digital revenue at an aggressive rate and make the investments that are necessary, while not losing a ton of money along the way. It is a hard process and we are all learning together.

What sort of suggestions do you make for innovation in print?

It’s very hard to find innovation on the print side. We see some unique ad formats that are working, though. Some of our members who are successful with native advertising are reverse-publishing into print, and for smaller companies, that’s a good play. For larger companies, native is really better on the digital side so they can price it correctly and be able to make money, because it’s expensive to produce that kind of content and do it well.

And going back to events, though it’s a classic ‘transformation A’ and it’s not anything new, a lot of innovation is going on with events and a lot of that gets promoted in print. There is definitely some innovation going on on the print side; it’s just that it’s not enough. Print losses continue, and though they are not as bad as they were, we have to make up those dollars in other areas. Whether it’s digital, whether it’s events, or the next big thing, we have to help them figure it out.