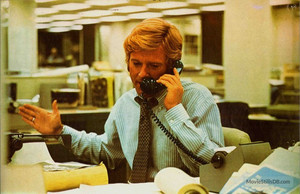 It used to be possible to promise confidentiality to sources – guaranteeing protection of their identities, even on pain of jail – in countries where legal source protection frameworks were robust.

But, internationally, ethical commitments to, and legal protections for, journalistic sources are being:

•    Undercut by surveillance (both mass surveillance and targeted surveillance) and mandatory data retention policies
•    Trumped by national security and anti-terrorism legislation
•    Undermined by the role of third party intermediaries like internet companies and ISPs, and restricted by overly narrow interpretation of laws designed for an analogue world.

These issues will be in focus at the World News Media Congress in Washington DC next week during the World Editor’s Forum’s Source Protection Breakfast (sponsored by Pew Journalism Research).

Preliminary findings from a major global study of legal source protection frameworks in 121 countries conducted for UNESCO will be revealed during the breakfast. And Trends in Newsrooms 2015 – to be launched at Congress – features an essay on the measures that investigative journalists are taking to adapt their practices in response to source protection erosion. Here, I will present an overview of the issues raised in nearly 50 interviews conducted globally as part of the research.

How much confidence do journalists have in legal source protection frameworks in 2015?

Some think it is a lost cause:

Committee to Protect Journalists’ Global Advocacy Director Courtney Radsch: “I think that we are really potentially looking at an environment where it becomes virtually impossible for journalists to protect their sources…where journalists are no longer even needed in that equation, given governments’ broad surveillance powers.”

Director of the US-based International Consortium for Investigative Journalism (ICIJ) Gerard Ryle was similarly direct. “I’m not confident that there is any protection at all to be frank…I would say as a general rule these days, much more than in the past, it’s very difficult to protect sources because of the fact that electronic communications can be back-tracked and people can be found much easier than they may have been found in the past,” said Ryle, who oversaw the global investigative journalism projects known as Offshore Leaks, China Leaks, Luxembourg Leaks, and Swiss Leaks.

But there are many who think at least partial shielding is possible. Encryption may buy time in the course of an investigation, and it may at least keep other potentially hostile actors at bay – even if not the intelligence agencies. (For tips, see the UNESCO study Building Digital Safety For Journalists).

How do reporters protect their confidential communications with sources in the age of surveillance? “I’m more careful with any digital platform that I’m involved in – whether it’s email, phone or any other digital format. I assume that [I am] probably being watched, listened to, or read. That’s my starting point and I take it from there,” Jordan-based journalist Daoud Kuttab said.

ICIJ’s Gerard Ryle adopts the same mode. “You just assume that all your emails, any form of communication, is potentially found out. So, just be sensible about it – don’t put things in writing. Don’t do certain things if you don’t want them to come out afterwards. You have to assume that everything you do is being recorded or traced, or whatever.”

Journalists need training in digital security, but so do their sources

There is a new trend emerging in reference to source protection: journalists are beginning to train their sources in digital security to help them ensure their anonymity. Agentinian newspaper La Nacion’s Editor-in-Chief Carlos Guyot said: “If we want journalism to survive and flourish in the 21st century, there is no other option than give our reporters, and sources, the tools necessary to do their jobs.” These tools might include encryption, secure drop boxes, and disposable cell phones.

But such measures may not be enough if legal protections remain weak, encryption is disallowed, or where sources themselves are unaware of the risks.

As Executive Director of Arab Reporters for Investigative Journalism Rana Sabbagh pointed out, even the best training cannot keep up with global intelligence services: “(W)e train our journalists in encryption and how to protect their data, and tell them to always assume that everything you’re doing online, on your computers, is accessible, because even if you give them the best software and training, the intelligence agencies are always a step ahead.”

Rusbridger on going back to pre-digital basics

Outgoing Editor-in-Chief of The Guardian Alan Rusbridger has despaired that investigative journalism based on confidential sources may not be possible in the digital age, unless journalists go ‘back to basics’: “I know investigative journalism happened before the invention of the phone, so I think maybe literally we’re going back to that age, when the only safe thing is face-to-face contact, brown envelopes, meetings in parks or whatever,” he said at the time of our interview for the UNESCO-commissioned study in January.

On World Press Freedom Day 2015, a major UNESCO conference in Latvia adopted the Riga Declaration, which calls on UNESCO Member States “to ensure that surveillance and data collection regimes show respect for the privacy of journalists and protect the confidentiality of sources.”

The status and effectiveness of legal source protection frameworks internationally is the subject of the major study of 121 countries that I led for the World Editors Forum/WAN-IFRA, on behalf of UNESCO. It will soon be published under the title Protecting Journalism Sources in the Digital Age. We will launch the preliminary findings of the study on June 3rd in Washington DC during the World News Media Congress.

Our research, which found significant developments in legal source protection frameworks over the past eight years in the vast majority of countries studied, is cited in the just-published UNESCO report Keystones to Foster Inclusive Knowledge Societies. This report notes our observation that these developments have led to source protection erosion as a result of “electronic surveillance, mandatory data retention policies and pressures on Internet intermediaries to disclose data.”

It also quotes our findings that many frameworks were found to be outdated when it comes to regulating the use of digital data, such as in regard to whether information recorded without consent is admissible in a court case against either a journalist or a source, and the need to clarify which actors in the digital age can claim protection for doing journalism.

In response to our study and wider research, the UNESCO Keystones report recommends:

● Legal guarantees for the protection of whistleblowers and journalists’ sources.

Julie Posetti is a University of Wollongong (Australia) journalism academic, currently undertaking a Research Fellowship with WAN-IFRA/World Editors Forum. In this capacity, she is also leading the UNESCO-commissioned research project examining the state of legal protections for journalists’ sources globally. This blog post, ideas, opinions and findings expressed within are not necessarily those of UNESCO and they do not commit the organization.

Picture Credit: Promotional image for All the President’s Men