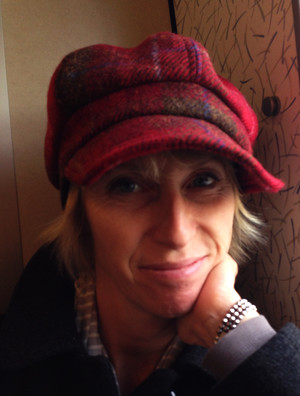 On smartphones, even more than on desktop, publishing is about being a destination. Of course news publishers face a monumental battle for consumers from the Big Guys, who already have the user numbers, time and engagement on mobile. Some recent examples of platforms’ focus on content: Snapchat has just hired a head of original content, following the launch of its publisher partner Discover feature in January. Spotify’s new app version includes content beyond music, including from news publishers. Facebook announced Instant Articles mid-May, with nine publisher partners.

And so here we are, with Apple ditching its Newsstand platform – one of the least compelling ways to consume news on mobile – for News, a native iOS app, which many commentators have described as Flipboard-like. From a publisher’s point of view the revenue deal is identical to that of Facebook’s Instant Articles: publishers keep 100% of revenue from advertising they sell themselves within articles while the platforms keep 30% of any ad rev they generate.

However there are a couple of significant differences. While Apple News is open to all publishers, Instant Articles requires a partnership with Facebook.

The other difference has to do with data.

I suspect there will be a lot of focus in the publishing industry on the fact that while Facebook Instant Articles will let publishers track data and traffic through ComScore and other analytics tools, Apple News will not share any data with third parties – as reported by Digiday. It’s been the same story ever since the birth of the App Store: Apple just won’t share user information.

Historically, Apple has not been very good at justifying this position. Indeed, meeting with news publishers all over the world for the past ten years, I absolutely understand their frustration at Apple owning the customer relationship with users consuming their content.

But we live in a world where data privacy is a growing concern among consumers. And recently Apple has become much more vocal about the fact that protection of its customers’ data is at the core of its business. On June 1, Apple CEO Tim Cook spoke at EPIC’s Champion of Freedom Event in Washington D.C (on link from Cupertino), reported by TechCrunch. He said: “I’m speaking to you from Silicon Valley, where some of the most prominent and successful companies have built their businesses by lulling their customers into complacency about their personal information. They’re gobbling up everything they can learn about you and trying to monetize it. We think that’s wrong. And it’s not the kind of company that Apple wants to be.”

In the autumn, Apple also set up a Privacy website. Tim Cook here points out that the small part of their business which does serve advertisers, iAd, doesn’t get data from other apps, iCloud services or user’s call/browser history – and users can opt out completely.

Sure, in view of their cash stash and general world domination, there’s room for both scepticism and cynicism regarding Apple’s stated concern for its customers. And there’s no doubt they have made a pile of money on the back of publishers everywhere.

But as a news consumer, I’m looking forward to removing all publishers from my Facebook newsfeed where my data is traded willy-nilly, in favour of Apple News. And Apple will no doubt continue to beat its data protection drum. As far as I’m concerned, it’s a clear competitive advantage for the company in the battle for consumers on mobile.

Editor’s note: For an introduction to data privacy and advice on how publishers should address this complex but urgent topic, please see the WAN-IFRA Report, Data Privacy: An issue for our time, available free to WAN-IFRA members and for sale to non-members.