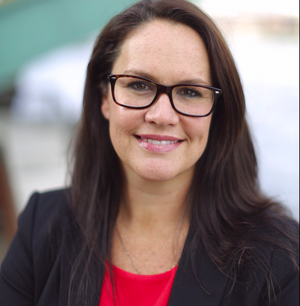 How to digitise newspapers, how newspapers can make it into the future by incorporating digital elements… These are the issues facing print publications in general but newspapers in particular. In First World countries, the bottom is falling out of most newspapers. So how do we emerging markets like South Africa stop this? How do we make digital work for us?

If there is one person who has a good idea how, it is World Editors Forum board member, Lisa MacLeod, who was managing editor of the Financial Times (FT) in the United Kingdom and was made head of operations for ft.com. She oversaw the operational aspects of moving the FT to a truly digital-first environment. And after being at the FT for 12 years, she was headhunted by South Africa’s Media24 to return home as general manager for digital publishing.

A large part of her new job is “finding synergies in Media24 and bringing things together”, she explains.

MacLeod is known as an expert on print and digital integration and digital publishing. “As GM of digital publishing, she will take responsibility for formulating and executing a single digital publishing strategy, free and paid, across our news, lifestyle (magazines) and 24.com divisions,” Media24 chief executive Esmaré Weideman told The Media Online when MacLeod started at the end of 2014.

From her experience on the FT, having made a partial career out of seeing what media organisations have done right or wrong in this online transition, she says: “People don’t understand that journalism is not an entity unto itself any longer. The technology that surrounds it is really the enabler, and, potentially, also the blocker to really making progress in transitioning from a print to a digital mindset and business model.”

MacLeod insists it is “completely erroneous” to believe it is possible to become an instantly integrated organisation and show success fast. “It is a long, slow and iterative process and requires a series of very small changes that bring about big changes,” she says.

The “small changes” are a combination of, among other things, making technology available to staff and ensuring they use it correctly, making sure staff are properly trained and know how to use the tools at their disposal.

“Your staff needs to know how to use Twitter as a reporting tool and understand the social media experience. They also need to be trained and exposed to other organisations’ experiences.”

She says media companies make the mistake of being “incredibly introspective” and don’t look outside for inspiration. “It is because of this really endemic competitive culture here,” she says. “Organisations think they are doing the best thing and that nobody can teach them anything. But when you start pushing your staff out and letting them experience other people’s ideas, it is really inspirational. It brings new ideas into the newsroom.”

Another of the small changes entails visionary management. “When I think back to the major turning points for the FT, it was really about people being brave and stepping away from the crowd.”

So, how did the FT move to digital and make it profitable? “Pricing was pivotal. The FT refused to undercut their online subscriptions, saying they were going to be heavily weighted but they would value their digital copy and charge handsomely for it,” says MacLeod. “They priced aggressively over a very short period of time.”

MacLeod says they could do this because the FT provides niche content.

Another vital cog in the wheel of FT’s change was taking the FT app out of the Apple Store because the newspaper’s management weren’t happy with Apple charging 30% for revenues and controlling the relationship with the customers. “The creation of an HTML5 app that was downloadable directly from the desktop enabled the FT to own the customers’ details and have a direct relationship with them. This is critical, particularly for a paywall model. This was part and parcel of the massive investment the FT made in data analytics and ensuring real understanding of who their customers were.”

MacLeod explains that this newspaper also made an effort to bring down print costs.

“The FT chose specifically to drive down their print circulation in order to make print more profitable. This was a very brave decision to make when ad revenues were declining,” says MacLeod. “Instead of letting it go into freefall, they actually started closing outlying distribution lines. So, they took a large number off the circulation, at the same time pushing digital subscriptions, which turned the business profitable.”

Adding to those brave moves, the FT invested in technology, ensuring it had a very strong chief technical officer and a strong tech team in the journalism environment, which was a game changer.

“Suddenly, you are able to distribute your content and monetise in ways you wouldn’t have before,” says MacLeod.

She says the main driver of change was the understanding that they were in the content sales business. “That is what we and other media companies own – great unique content.”

MacLeod is adamant there is a strong correlation between the digital success of media companies in terms of number of readers and the amount of money they invest in original journalism.

“Despite this, the first thing media companies do when times get tough is cut staff, particularly those who are creating content,” she says. “It is obvious why this happens, but it is so shortsighted because they are your biggest asset. They may be expensive in the greater scheme of things but what are you going to sell if they aren’t creating content for you?”

One of the vital shifts needed in this transition is changing people’s mentality, so they understand digital is not the enemy and can be fulfilling, MacLeod explains. “The basic difference between print and online is the audience, which is suddenly potentially massive. This can be quite a sexy proposition for print journalists, who have had always had a limited audience.”

MacLeod believes even generalist publications can find an area that is their point of differentiation and can monetise it, be it a language or even regional specialities. “If you have some specific content with a captive audience, it is worth asking those people to pay for it. I know there is a backlash against paywalls but, in certain circumstances, they can work well,” she says.

MacLeod believes paywalls are worth experimenting with. South Africa, she says, is an immature environment when it comes to paywalls because people aren’t used to paying for content online. “Besides, print newspapers still have long legs in this country,” she says.

MacLeod cites increasing literacy levels and connectivity problems as reasons for this.

“Some newspapers have seen a spike in circulation over the last 10 years because of increasing literacy but that is leveling out now. Then, in South Africa, a large percentage of people are not connected. And many of those who don’t have much bandwidth because of the prohibitive costs,” she says. “While the rest of the world is talking about 5G and superfast, free broadband, we are nowhere near that here.”

This situation, she believes, gives South African media organisations the benefit of watching what happens in the rest of the world to see what would work here.

“There is the potential for a massive uplift in connectivity, which will open up a huge, burgeoning market just waiting to consume media online.”

But right now is a difficult time for media and “many platforms won’t survive, including online endeavours”.

“A lot of big online names have been chewed up along the way – remember AOL?

“The important thing to consider is what are your single great products, what can you focus on and how can you successfully monetise them?

“Anything that is general interest and in English is competing in an overcrowded space, so that is incredibly difficult to monetise online. You have to find your point of differentiation,” she says.

“I believe the solutions are much more micro in those general spaces. You have to identify that segment of your audience that you want to have a longstanding interactive, profitable relationship with.

“The key word is diversification. While your content is your central point, what you do need is to go well beyond just distributing it. It is all about creating personal relationships with readers through events, social media; creating an interactive community.

“Let’s say your regional newspaper does a great job of covering art on a national scale and you have well-respected art critics with a great social media following. You can monetise this because of the loyal following and you can target a certain area with advertising, events and that kind of thing. The key is to be creative in how you engage with the community you serve.”

It is also extremely valuable to know your audience from a data perspective, which is then valuable to your advertisers, she explains. So, while advertising online is difficult, and mobile is making it even more complicated, she believes there is a place for advertisers who want to target a very specific audience.

“Online, you have access to just about anything you want to know about your reader. You can work out where they are by their IP address and people drop data around them when they move around the internet. So, you can put together a full demographic picture. The FT invested heavily in knowing their customer from end to end. For advertisers this is gold.

“You can even work out how long they spend reading things, their propensity to subscribe. It is called propensity modeling and it is data driven and something you could never do or have from print.”

MacLeod says while media around the world is after the advertising buck and in the UK there is a lot more targeted custom native advertising going on, the real threat is advertisers turning content creators.

“Overseas, advertisers don’t want to advertise any more, they want to be connecting with their clients and doing this through publishing their own content.

“This has been a big lesson for media because we have had to understand we need to do what it takes to accommodate them. And while there has been so much horror over native advertising, these days I don’t think people are too concerned when they are halfway through what they think is a good article and discover it is written by a huge corporation and is actually advertorial.”

While MacLeod has so much knowledge at her fingertips, and is working hard to enable South African media to catch up with the rest of the world, she can’t offer that proverbial silver bullet. Each company needs to find what works for them but the time for newspaper groups being ostriches is well over.

This post was first published in the May 2015 issue of TheMedia magazine.