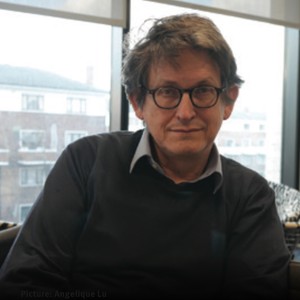 Rusbridger: It is relatively easy now for law enforcement and governments and intelligence agencies to tap into digital stores of information to find out who sources might be. And I think the changed atmosphere since 9/11 has meant that the sort of civil liberties concerns that were more prominent in people’s minds before 9/11 are increasingly under threat, or not discussed at all. Politicians find it very hard to find the language of civil liberties to talk about this stuff, and so you’ve got a sort of creeping authoritarianism, and willingness to give security agencies what they say they need.

Posetti: How much has The Guardian’s experience of reporting the Snowden case – the decision to physically destroy hard drives,  for example – changed the way you’re doing journalism, particularly thinking about your response to the ongoing threat of surveillance and explicitly how that relates to sources?

Rusbridger: On a mundane level everything becomes much more expensive, so the amount we pay on legal fees has shot up. We’re doing a big investigation into tax at the moment, and there are probably 20 solicitors’ companies in London challenging us over that. And they’re all wanting the return of documents, they’re all citing data protection laws, privacy, everything. So the bills on these things just mount and mount and mount and mount… You can easily be spending tens or hundreds of thousands of pounds trying to get a story into the paper. And, of course, once you get into secure reporting there is a significant cost in equipment, in software, in training, (and) particularly in trying to create a safe environment where we feel we can offer our sources the kind of protection that they deserve. So, I think all kinds of reporting are becoming much more difficult, more expensive and more time-consuming – labour intensive in terms of learning and training.

Let’s guess and say we’re spending a million more than we would have done about five years ago – if you put together the extra legal costs, the extra resources, the time spent, the training, the equipment… If you’re spending a million that you weren’t spending before, that’s had to come out of some forms of reporting, so it’s definitely having a bad effect on the overall ability to report. But there are regional papers struggling…and this kind of stuff is devastating (to them) – regional papers can’t afford to get tied up in defending their staff, or equipment, or the IT backup.

And what about risk – both potential physical risk and certainly digital exposure risk? Is that something that you’re dealing with as well, particularly as Editor-in-Chief?

Rusbridger: Yes…there’s a real dilemma of colleagues working in dangerous places abroad now, you want them to have these devices [he waves his smartphone] because you want them to be constantly in touch, and you want them to file and take pictures, but these devices are also tracking devices. So, we have genuine dilemmas of reporters going into difficult areas, or going to meet sources. Because if you go and take one of these to meet a source in Iraq, or Afghanistan, or most places in the Middle East, then that can be monitored to see who you’re meeting. But if you don’t take it, then we have no idea where you are, or how to stay in touch with you. So, either the reporters go without any kind of electronic equipment – in which case they’re at potentially great risk, they could be kidnapped, you’d have no idea where they were. Or, they take them and know they might be followed by the intelligence services, or whoever else, to see who their sources are. So, it becomes increasingly fraught.

Rusbridger: Very difficult. I know investigative journalism happened before the invention of the phone so, I think maybe literally we’re going back to that age – where the only safe thing is face-to-face contact, brown envelopes, meetings in parks or whatever.

Except for the risk of facial recognition technology, and CCTV which make that whole ‘Deep Throat’- style encounter somewhat more problematic than it used to be, as well. All of this is interrelated of course – in addition to the threat of surveillance, there are data retention laws, and the handover of data by third-party intermediaries. You’ve been reporting on the revelations that international journalists working in the UK have had emails captured and trawled by GCHQ [UK’s Government Communication’s Headquarters] for example. And revelations that Google has handed over [to the US] data connected to Wikileaks’ editorial staff. And all this is moving, it seems to me, incredibly rapidly. Where does it leave you in terms of your concerns about investigative journalism based on confidential sources?

Rusbridger: I’m very gloomy. I think it’s moving very fast. And, the way this legislation just suddenly appears… with no significant debate being allowed…you just feel there’s this constant zombie-like [he waves his arms and gestures towards his office door]…every time you stop it there, it comes in through that door. And if you stop it through that door, it comes in through that door, and there’s a feeling that the security agencies have got their tentacles right into Whitehall now, and the countervailing arguments that used to exist are disappearing. As journalists, you watch all that and you think, we can lobby to stop all that but in the end we’re not making the law. And, so, we’re significantly increasing the training within the organisation to get this on the radar of reporters and to try to help them get around it, but it’s one thing to teach reporters, it’s another thing to try and educate the public.

Is it even possible to promise confidentiality to sources anymore? Have you issued any kind of directive to colleagues on that, and the ethics of it?

Rusbridger: Well, we have had informal guidelines saying: “Think about it, you don’t want to promise it if you can’t give it.” So, there are journalists who do clearly promise and sometimes they come and see me and say: “How can I live up to that promise because I take this seriously.” There’s at least one circumstance going on at the moment where I know of somebody’s source, and if that source is revealed it would be a life-or-death matter. Literally. So, there are very big responsibilities here that don’t exist in all professions.

So what’s your advice to that journalist?

Rusbridger: I’m individually talking to him and (giving) him the sort of expertise, equipment, training, legal advice that he needs in order to continue his dialogue with his source without being compromised. But because often sources are of interest to people with access to surveillance equipment – corporate or government – it feels like an unequal battle really.

And do you think the awareness of these issues is rising among sources, too?

Rusbridger: Very much. I mean these have been front-page leads, even in Britain in the week of standing up for press freedom in the wake of Charlie Hebdo, you’ve got the British state essentially saying ‘we feel completely enabled to look at journalistic sources.’ We’re the country that thinks we invented free speech, so if that’s happening here, how could we go and lecture other countries. And what lesson do other countries take from that, ‘well if it’s okay in Britain, we’ll have a bit of that’. I don’t think MPs think of their wider global responsibility to the debate.

Is it also the case that defending media freedom as a political discourse has become unpalatable?

Rusbridger: I think that’s fair. I mean journalists have never been high on any scale of trust, as you know, but I think we haven’t done ourselves any favours in respect of our ethical standards and our professional practices. And so I think it has become a bit harder in recent years to persuade people that we should be trusted or given any kind of protection or privileges, because you get a sort of world-weary shrug about why you don’t deserve it. So, as I say, politicians find this a difficult area to negotiate and are not likely, by and large, to come to the aid of journalists – except in a sort of lip-service kind of way… . I think people don’t understand about sources really…

Do you mean society broadly doesn’t understand the role that sources play in upholding democracy – their role in investigative journalism?

Rusbridger: Virtually all good, responsible, valuable journalism comes from unauthorised sources but I don’t think the general public necessarily understand that. And then you’ve got these trials at the moment with all these Sun journalists which came about not through Guardian reporting, but because Rupert Murdoch – the newspaper itself – handed over all the sources to the police. It’s quite difficult for the press to sort of stand up and make a unified response to this, when you’ve got press proprietors shopping sources and you get into really complicated minefields. My instinct is to come to the protection of these journalists, but in some cases there was no public interest – they were paying sources, public officials have gone to jail. So, we’ve gotten into a sort of terrible mess by our own behaviour in this country. I think the British press is in a very muddled state at the moment. (They) can’t knit together two arguments, or hold a thought in their head for more than about 90 seconds. We’re going through a grim period, but these things are never won or lost at any moment and it would be easier to fight on a unified front.

I think somehow we have to educate people.

Note: This post is an edited version of a longform Q&A with Alan Rusbridger featured in Trends in Newsrooms 2015.

Further reading: A preview of UNESCO-commissioned research by the author ‘Protecting Journalism Sources in the Digital Age’