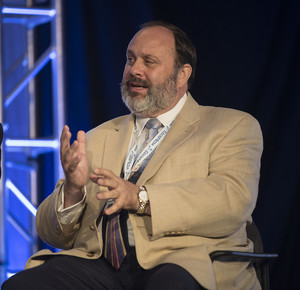 As the generation of young adults between 18-33 years old, also known as “the cheapest generation,” continuously refuses to pay for things and becomes more likely to share anything from a ride, a room, or a newspaper, it remains hard to persuade them to buy media content.

As Amy Mitchell, director of journalism research at the Pew Research Center, USA, explains, the shared economy idea applies when it comes to media use as well.

According to the latest research by the Pew Research Center, made public Monday, 61 percent of Millennials get their news about politics and government on Facebook. Unlike previous generations, they do not look for news specifically; they happen upon it.

Mitchell added that when asked about paying for news five or four years ago, Millennials, who have huge student debts and who went through the crisis on the job market, usually answered: “Why would I?”

Now, however, the attitude is that one is willing to pay for what he or she could be proud to be a part of. “This can be transferred to a news product or a news brand,” Mitchell explains.

Overall, Millennials are less interested in news about politics and government. About a quarter of Millennials (26 percent) named politics and government as one of the three topics they found most interesting. That is lower than both Gen Xers, adults 34-49 years old, and Baby Boomers, adults in their 50s and 60s, which come in at 34 percent and 45 percent respectively.

Millennials express less familiarity with many media outlets, ranging from USA Today to Rush Limbaugh and Slate. Best known among Millennials are BuzzFeed and Google News, according to Mitchell.

On the other hand, Robert Picard (in photo above), a specialist on media economics at the Reuters Institute at the University of Oxford, argues that it is important to look at some of the main features that adults between 18-33 years old share in order to understand how to develop strategies with regard to these audiences.

“This is the first generation for whom a newspaper wasn’t central for their informational needs. They’ve been connected since they were born,” he says.

Thus their expectations of how news and information are delivered, and how they are interacted with, are very different from the previous generations.

“That kind of development means that if we do not provide the kind of access to information that they want, do not allow them to interact with it the way they want, we are going to have problems with them.

Digital communication is more personal, less formal as a whole. However, when legacy media organizations publish digitally, they do it with the same ‘formalized voice’ and detached approach to the issues that are there.

Picard also emphasized that as Millennials (whom he refuses to call Millennials as “it’s just a marketing term”) perceive the world differently, media organizations run by representatives of older generations still struggle with producing the kind of content these young adults could really care about.

It is Millennials themselves who could best create the content for Millennials that they would be willing to pay for. However, their voices are still not represented in many media organizations. Even at the panel discussion on Millennials, there were no Millennials, as one member of the audience, 29-year-old Ruben Gees of Twipe, pointed out.

“We have to hire them,” agreed Nyland.

“Not just hire them, listen to them,” Picard concluded.