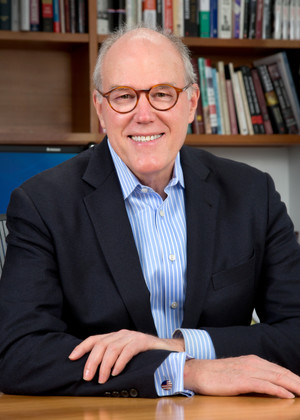 The International Consortium of Investigative Journalists (ICIJ), is an 18-year-old venture launched by the Center for Public Integrity, based in Washington, D.C. Over the last few years, ICIJ has been expanding and pioneering a new type of global reporting, bringing together the largest journalistic collaborations on record—as many as 170 investigative reporters from some 56 countries, all working on a single project published globally at about the same time. This has never happened before.

“Anatomy of a Global Investigation” explains how ICIJ started from an initial idea by Center founder and visionary Charles Lewis.  He wanted to extend the Center for Public Integrity’s deep investigative work to a global level. However, the early organizing meetings with skeptical journalists from different countries and various traditions of journalism meeting face-to-face for the first time were not always encouraging. But the first ICIJ project on global tobacco smuggling proved the concept. It also had a major impact when ICIJ’s reporting was published simultaneously by 10 media companies, including The Guardian. As ICIJ grew, it took on bigger and bigger targets from China Leaks (tax havens) to Luxembourg Leaks (corporate tax avoidance) and finally, Swiss Leaks (HSBC private Swiss Bank).

ICIJ required a team of top-level computer engineers, using powerful new software, to first decipher massive sets of leaked data before investigative journalists could start their normal shoe-leather reporting. ICIJ made these computer experts an integral part of the process, empowering the entire network of journalists.

ICIJ’s style of global collaboration is critically needed today to serve as a new kind media watchdog in our shrinking world. Goods and services are increasingly spread globally, and so are environmental consequences, businesses and financial dealings, and the crimes of crooks and hackers. We need to create a type of journalism at the same scale to fight global and stateless criminality.

However, today’s news reporting is mostly conducted by nation-state-based journalists. There are wire services, and a few thousand foreign correspondents spread thinly around the planet’s news centers and hot spots. But they cannot provide the necessarily robust investigative clout needed to see today’s borderless world in hundreds of places and thousands of ways simultaneously. A global vision, using the latest technologies, is needed to make better sense of our globalized society and to report on it for citizens everywhere. Otherwise, the press will remain outmatched and outgunned, as well as underinvested.

The ICIJ story includes a checklist of 12 lessons learned in order to provide a blueprint for future collaborations on a similar gigantic scale. ICIJ members and staff work hard to create something none of them could do in their own. “I’m not a lone wolf,” as one ICIJ member said, “but part of a kind of journalistic pack.”

ICIJ demonstrates above all that global watchdog journalism has a bright future, and that its work is needed now more than ever before.

Bill Buzenberg is the former Executive Director of the Center for Public Integrity, a 25-year-old investigative news organization based in Washington, DC. He stepped down in early 2015 after eight years leading the Center, including its first Pulitzer Prize for investigative reporting. He is also a former Vice President and head of news at National Public Radio and American Public Media. Buzenberg now lives on Bainbridge Island near  Seattle, Washington.

“Anatomy of a Global Investigation: Collaborative, Data-Driven, Without Borders” can be read or downloaded from Harvard University’s Shorenstein Center on Media, Politics and Public Policy.