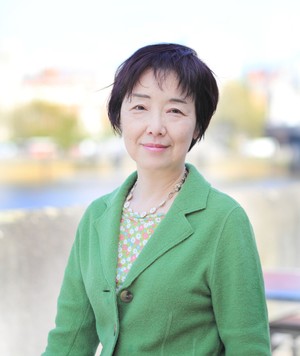 “It was as if somebody had punched me in the head. It was a bombshell,” says an executive of one of the major newspapers in Japan.

He explains that the future of the Japanese newspaper business depends on how the decline in print circulation can be compensated by revenues from the digital edition. “In order to do this, it was obvious that Japan’s population of about 120-million is not big enough. Japanese newspaper companies will have to go beyond the walls of the Japanese language and find markets overseas. But no newspapers could find how to do this.”

Then came the news of Nikkei’s purchase of the FT Group. Nobody in the Japanese media sector was expecting it. “It was like a magic wand,” he says, as Nikkei, with about 3-million daily circulation – almost exclusively in Japan’s domestic market – suddenly captured the FT’s international reach.

On 24 July, the day after news of the purchase broke, four of Japan’s five national newspapers, including the nation’s economic newspaper Nikkei, reported the FT story on their front pages. Major broadcasters also covered the news in their morning news bulletins.

Various emotions engulfed both the management and employees in the Japanese media: Disbelief that a Japanese company will be buying an internationally acclaimed paper, admiration that the purchaser was a Japanese one—“one of us”—and not the other way around (a foreigner buying a Japanese company) and envy (“I wish our company did it, not Nikkei”).

“A Japanese media house buying a prestigious international media house —this is unprecedented. It won’t happen again,” Toshihiro Yamada, chief editor of Toyo Keizai Online, a popular business website, described the situation before filling the website with stories on the deal, one after another.

One of the major concerns is the seemingly stark difference in editorial stances between Nikkei and the FT.

Even during a news conference of Nikkei top executives in Tokyo on the 24th, while the euphoria was still in the air, Nikkei President Naotoshi Okada and Chairman Tsuneo Kita were repeatedly asked if the company could guarantee the editorial independence of the FT and if such guarantee was written down. Okada reassured that this will be done although no written agreement had yet been made.

The executives were also challenged that the paper was slow to cover the irregularities of Olympus, a Japanese camera maker. In 2011 when former Olympus CEO Michael Woodford wanted to spill the beans about the company’s £1-billion fraud, he went to the FT, instead of the Nikkei, which some of the western media referred to as the mouthpiece of the Japanese corporate world.

President Okada looked slightly offended by the implied suggestion that his paper was too close to the corporate world. “We don’t think we were slow to cover the Olympus issue. We didn’t hold back.” But he admitted that the two papers’ “views are different” and discussions will be held if that is necessary.

While both the chairman and president insisted on several occasions that the FT and the Nikkei “share the same values,” newspaper cultures in Britain and Japan do seem to be different. “The British want their newspapers to challenge the authority, while the Japanese not necessarily so,” points out Masatoshi Nagano, editor of a London-based publication for Japanese, Eikoku News Digest.

It also has been a norm for a long time that Japanese newspapers rarely use by-lines while stories appearing in by-lines are the standard in the western media.

Another major concern of the deal is the purchase price of £844-million pounds. Given that the FT Group’s operating profit as of December 2014 stands at £24-million pounds, the purchase price was “35 times,” points out a leading weekly magazine, Shukan Bunshun. “Generally speaking, the ratio will be about 12 times in the case of a deal in the western media,” says a person in the financial sector quoted in the magazine, hinting that the Nikkei had paid too much.

According to a source close to the Nikkei, “young employees are excited with the deal while older ones are voicing fear that their retirement payments or salaries may be squeezed.”

However, opinions vary on whether the purchase price was too expensive or reasonable. “Nikkei is not known outside Japan while everybody knows the FT,” says IT journalist, Toshiyuki Inoue. (Sankei Shimbun newspaper, July 24). “The FT also has a human network from its long history. It was cheap to buy, considering its brand power.”

At the press conference, while the Nikkei executives were asked how the company arrived at this purchase price, they didn’t elaborate—perhaps because of the hushed nature of the deal.

Japan is known for its massive newspaper circulation with the nation’s number one, the Yomiuri Shimbun, selling nearly 10-million copies daily while the number two, the Asahi, sells about 8-million. However, although the pace is slow compared to the United States or Britain, Japanese newspaper market has been shrinking over the years. This is due to the trend that is becoming more and more popular to get news on the Internet. Japan becoming an aging nation in a rapid speed doesn’t help, because the younger generations prefer digital news rather than print.

According to the Japan Newspaper Publishers & Editors Association, a body set up by newspapers, news agencies and broadcasters, the newspaper circulation in 2000 was about 53-million. Fourteen years later in 2014, it is about 45-million.  Supported by a strong home delivery system (95 percent of newspapers are home delivered) operated by specially trained news agents, the Japanese newspaper industry has been a successful business for years. However, with the waves of digital innovation and a shift from reading news in print to viewing them on mobile devices, the industry is struggling to move on to the next phase. According to the Reuters Institute’s Digital News Report 2015, online news’ top brand is occupied by Yahoo News. While Nikkei.com is ranked at 3rd, Asahi Shimbun news online is 6th, the Yomiuri at 10th.

“Japanese newspapers have a dilemma,” says a senior journalist of a conservative Japanese daily. “We have been successful, too successful, to sell print newspapers with the help of our news agents. Now we are in the digital age, but we have to keep protecting our print section to make both ends meet.”

“If we say we will prioritize digital from now on, we will lose support from the agents and our profit will drastically reduce,” he says. That’s why, he says, his colleagues are envious of Nikkei, who has a specialty in business and economics to pull in readers on whatever the platform, and has sufficient cash to make a big purchase.

With strong feelings still remaining among the Japanese media circle, every move Nikkei makes with the FT is now carefully watched by overseas media management as well as Japan’s.