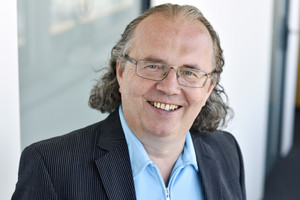 Petz, who is also a member of the executive board and commitee of the Association of Austrian Newspapers (Verband Österreichischer Zeitungen, VÖZ) and CEO of the Austrian Press Agency (Austria Presse Agentur, APA), recently published a German-language book titled “Die Zeitung ist tot? Es lebe die Zeitung!” (The newspaper is dead? Long live the newspaper!).

On 7 October, Petz will give the keynote presentation at WAN-IFRA’s World Printers Forum conference in Hamburg, Germany, which takes place in parallel with World Publishing Expo. Here, he tells us how he came up with the title of the book and why print is still so important to both journalism and advertising.

WAN-IFRA: How did you decide on the title for your new book, “The newspaper is dead? Long live the newspaper! – a memorandum on the future of the print media.”

Petz: The title of course refers to the cry “The king is dead, long live the king,” with which the death of the old king and at the same time the new king was proclaimed in historical France. A phrase which expresses continuity.

Of course, I wanted to exaggerate with the choice of the title that despite all claims to the contrary, the newspaper is by no means dead. It will still be THE medium for the high-quality communication of content for a long time to come. You can find many facts to prove this in my memorandum.

In a print environment, newspaper advertising has a more intensive, more credible and more desired effect, and triggers a stronger impulse to buy. Online advertising is volatile – and even annoys most users. This fact has been proved by a whole series of studies.

In my book, I have presented the latest figures for Austria, but as far as I

can see they also apply to Germany, or the European area: according to these studies, 51.2 percent of Austrians find TV advertising very annoying. You only find Internet advertising at a respectable distance of 32.9 percent, advertising in social networks 31.8 percent behind and radio advertising with 29.5 percent. Printed advertising in magazines and newspapers, on the other hand, is only felt to be annoying by about every tenth person.

Moreover, newspaper advertisements stick in your mind. While 52.6 percent of Austrians give their newspapers their full attention, it is only 28.7 percent in the Internet, 21.4 percent on television and 14.3 percent in social networks. Some large media agencies meanwhile see things this way too – and are investing more in printed advertising again.

Do you expect that newspaper publishers will devote more attention to printed products again in future?

However, I do detect something like a revival of the printed word, among publishers as well. The either-or mentality between printed and online media, which we have been able to observe in the last few years, has lost momentum. Print has not lost nearly as many readers as various prophets of doom have repeatedly predicted – one might almost say hoped for. On the contrary: there are a number of print media with increasing circulation and rising audience shares.

And there is one thing that publishers must not forget: print finances high-quality journalism, and also supports online channels. Without the revenue from the print sector, there is hardly a self-financing medium that could afford to employ editors who can conduct research, make choices and assure that readers enjoy the democratic discourse that is so important.