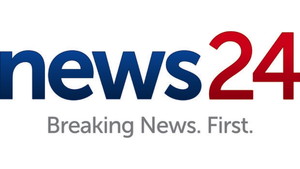 “We were confronted with potential hate speech that is not in line with our editorial position and is turning away our readers.” said Andrew Trench, Editor-in-Chief of News 24. “We want to be known for the quality of our content and some of the comments damage our brand and reputation.”

In the last year, many media companies made similar decisions, including CNN, The Verge, Re/code, Chicago Sun Times and Popular Science. Some have simply shut down the comment function and moved the discussion to social media where truthful identity and self-policing often encourage more civil behavior.

Others such as News24 and CNN reserved the comment function to select stories where editors feel have the potential for high-level debate and the resource to monitor the conversation, similar to the policy at New York Times.

On daily average, the New York Times chooses 23 out of the more than 300 articles it produces for limited commenting, often only available for a certain amount of time such as 12 hours. The selection of articles depend on the availability of their 13 comment moderators and factors such as news value and reader interest. Only small pool of verified commentators can post without moderation.

For years, many in the media industry consider comment as an important way to build connection with readers. The Guardian‘s executive editor for digital Aron Pilhofer said in a conference earlier this year that killing off comments is “a monumental mistake” and that instead, media companies should utilize such resources.

Trent of News 24 understands the pros and cons that come with the decision. He does not believe that the decision limits freedom of speech as News 24 does intend to maintain interesting debates and user-generated contents on a smaller scale. “What we are trying to prevent is the drive-by shooting kind of comments and bring some editorial shape to this.”

Meanwhile, some media organizations drift back and forth. Las Vegas Review Journal turned off its comment function and then reopened after two weeks with added functionalities to keep off offenders.  Jezebel, a Gawker blog focused on women, re-established comment approval pending function after facing a tirade of offensive rape gif.

For the editors out there that are considering the same difficult decision that Trent had to make, he recommends looking at the numbers and not getting caught in the trap of the traffic commenting brings. “It’s important to understand the commentator base and what drives your audience and engagement.”

With 2 million daily users across news24.com and 5,000 comments from 6,000 commentators, Trent and his team are betting that more are being alienated than served by the comment function. In case you think otherwise, you might want to email him as his announcement post, which has received more than 1,200 comments, is now closed for comments.