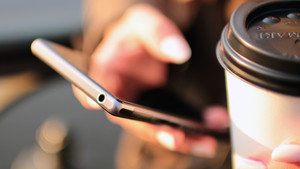 Despite increasingly diversified revenue streams, advertising remains the primary supporter of the majority of websites run by news organisations around the world. In an effort to be more relevant, accountable and competitive, ads served on the desktop web have become increasingly bloated, slow to load, resource intense and packed with tracking software.

As a result, there is “significant consumer dissatisfaction with online advertising, expressed throughthe rapid take up of ad blockers,” according to the Reuters Institute for the Study of Journalism at the University of Oxford’s Digital News Report 2015. Another report, by Adobe and PageFair, found the use of ad blockers in the US has risen by 48 percent in the past year. And globally, ad blocking is used by more than 200 million users.

Ad-blocking technologies are estimated to cost publishers billions of USD in lost revenues this year, according to the same report published by PageFair in August.

Now, Apple has opened up mobile Safari to similar plugins with the release of iOS9, and has led to fears of a collapse of online display revenue.

It is worth noting that most ad blocking software is squarely aimed at the browser experience. Mobile apps are still the most common way for mobile users to access news sources, and these remain (for now) unaffected.

When it comes to online advertising, WAN-IFRA Advisory Services sees three clear priorities for our members and publishers worldwide.

First is to improve the overall ad experience for users without ad blockers. This will help to ensure they are not tempted to install them. We need to actively engage our audiences about the link between advertising and quality journalism. And we must also find ways to giving readers better control over their ad experiences.

Second, is that we should find ways to encourage users with ad-blockers to agree to be served ads again. We think that with some agreement on standards, publishers have a zero-risk opportunity to re-engage with this audience.

And third, we must focus on other mobile-ready advertising opportunities that diversify online publishers away from display, such as branded content, in-stream ad formats, video & audio and e-commerce.

Take a moment and voice your opinion through our short ad-blocking survey.

A pragmatic way to prepare your team to address this issue is to begin tracking how muchof your traffic is currently blocking advertising on your site(s). WAN-IFRA Advisory Services recommends one easy way to do this is with a custom event in Google Analytics, which can be referenced here.

Recently, Dr. Johnny Ryan, Head of Ecosystem at PageFair initiated a conversation among a group of major publishers and key industry representatives. Publishers invited by WAN-IFRA met in London to discuss this emerging threat. Afterwards, WAN-IFRA CEO Vincent Peyrègne summed up the association’s aims this way:

“We need to articulate a proactive response to ad blocking taking into account what Tow Center for Digital Journalism clearly stated in their essay on Post Industrial Journalism: ‘If you wanted to sum up the past decade of the news ecosystem in a single phrase, it might be this: Everybody suddenly got a lot more freedom.’ This freedom is about the freedom consumers to reject annoying forms of digital advertising. If they can come up with a purposeful and principled approach to the ad blocking phenomenon, publishers have a real chance to increase their engagement with the market and grow the value of their audience. New forms of respectful quality advertising are a core component of the digital news value chain that subsidise the production and delivery of quality professional journalism.”

As a next formal step, a second meeting will take place in early October, during WAN-IFRA’s World Publishing Expo 2015 in Hamburg, Germany.

A Call to Think

WAN-IFRA and Digital Content Next are issuing a Call to Think for the industry.

We need guiding principles that will shape the experience that users enjoy on publishers’ sites in the future.

Publishers have a unique opportunity to redefine how advertising works online and save the mechanism of advertising that supports content on the open web. Publishers, not platforms, must take the lead.

Just as WAN-IFRA launched an initiative to safeguard publishers’ control of their advertising and prevent unauthorised parties from collecting user information, WAN-IFRA will be assertively covering the ad-blocking topic to keep publishers informed of the latest developments and potential responses to this massive new challenge to their business models.

If you are a publisher interested in the future of advertising that respects users and sustains your business, please contact me, Ben Shaw, Director of Global Advisory, at ben.shaw@wan-ifra.org or on twitter at @bdshaw.