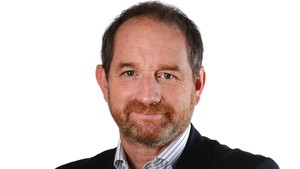 In this interview, Meyer, who will moderate WAN-IFRA’s 14th International Newsroom Summit in Hamburg on 5 October, discusses how 24heures’ newsroom continues to evolve.

WAN-IFRA: What are the main challenges that 24heures faces today and how are you trying to meet them?

Meyer: The main challenges fit into what the written press is generally experiencing. I will concentrate on the editorial. I guess the main point is to remain relevant for the audience we serve. We are a general-news daily newspaper, locally focused – but not exclusively so – that has evolved into a multiplatform news organisation.

So far, so good. We have a daily readership of just under 200,000 (in an area of 800,000 inhabitants), which is in slight decline compared to 10 years ago (probably 15-20 percent, but the rating method has changed since then). But our daily unique users have increased to just under 100,000, doubling in 18 months and not dropping since the introduction of a paywall last January. We still have to get better on the social networks.

Internally, after years of constant progress from a print-based staff to an integrated newsroom, the next step is the most difficult. Despite our progress, we’re still very much influenced – in our story choices, in the way we think of the stories, in our staff attitudes – by a print orientation.

We address that by moving some people around the newsroom to physically express our priorities, creating new positions (community content manager, data mining & investigative reporting team, and very soon we will have a news-conscious software developer), launching storytelling classes, but also adapting our print layout to reflect this change.

That’s a hell of a challenge. All of this is done without any extra investment in staff; quite the opposite actually, as we are in a constant push to reduce costs.

How many journalists do you have, and how is your newsroom organised in terms of print-digital?

Our staff consists of just over 100 full-timers, with very little administrative staff, so some 85 journalists, subs, photographers and layout specialists. The newsroom is fully integrated.

We are currently dismantling our web team, with two-thirds of it going back into the field and one-third remaining as a dedicated team for special web ops. There will be a team of around 15 journalists to edit the newsflow in two shifts, from 6 to midnight. I have a deputy editor for all the digital platforms and strategy.

Do you have any interesting new roles in your newsroom, such as an engagement editor or audience development editor?

Yes, we have just opened the search for a community manager (the position will be similar to what you call an “audience development editor,” and the person will also act as a scout for local social network activity and news to alert the editorial staff), and we will have a data editor as of October.

As of January, we have a web news editor coordinating all the news published on our platforms. Moving to a paywall has meant that the number of daily stories published by our newsroom has increased fourfold.

How is 24heures working with social media?