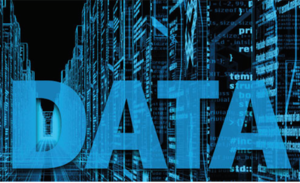 For about as long as programmatic advertising has been around, the ad tech ecosystem has largely relied on third-party data. It has been syndicated and transformed into audience segments, by data brokers collecting data, of mostly undisclosed origin, across their partners’ websites. These third-party data sets are certainly abundant, but often based on proxies and inferences about claimed behaviors, rather than first-hand facts derived from customer relationships.

A secondary problem arising from the third-party data marketplace dynamics is that those offering it have an incentive to both inflate the data segments’ reach. This naturally reduces data quality and obscures its origins. The result is a general lack of trust towards any third-party data segment to be used as a meaningful reporting or audience insight currency.

As for the performance uplift obtainable by using third-party data, this is frequently largely removed by its incremental cost. If these issues alone were not enough, an increasing publisher, marketer, and agency constituent is waking up to there not being any competitive advantage to be had from data which is equally available to everyone and anyone alike.

First-party data on the other hand — collected directly from one’s own customers online and offline — is, of course, more transparent, accurate, and valuable than third-party data. However, it is often more scarce than most embarking on the data-fueled revolution realize. First-party data can also be difficult to gather, scattered around organizational silos or multiple online properties each operated as their own kingdoms. It may prove difficult to translate into commercially meaningful segments. This is especially the case if the commercial applications are not clearly defined at the outset, which they rarely are given the velocity of the digital market itself. Most critically, however, without a critical mass (and yes, this term too is very subjective) of first-party data, the risk of falling short on expectations of sophisticated targeting, campaign insight, and personalization strategies — all of which first-party data is expected to deliver — is very real.

With third-party data being increasingly cast aside as unattractive — or simply too generic to make an impact — the industry is now starting to embrace the concept of second-party data: someone else’s first-party data, that is. Instances of second-party data partnerships include like-minded publisher alliances, suppliers exchanging data with their (e-)retailers for mutual benefit, as well as progressive agencies seeking to strike exclusive second-party data deals with major publishers to empower their next generation transparent programmatic buying operations, those which then marry such trusted media consumption data with their clients’ securely managed first-party data.

Second-party data definitely seems to have much going for it. It offers the transparency, uniqueness, and high quality of first-party data, combined with the scale of third-party data. When it comes to data, 1 + 2 is clearly a lot more than 3.

Petteri Vainikka is VP of Strategic Business Development at Cxense, which specialises in real-time analytics, data management (DMP), advertising, search and personalization technology, all geared toward better engagement, increasing digital revenue and higher sales conversions. Prior to Cxense, Vainikka was a co-founder of the Finnish game company Rovio, which developed the hit mobile game Angry Birds. Cxense will be one of many companies showing their solutions around data and engagement during World Publishing Expo in Hamburg, Germany (5-7 October). And there is a Big Data in Newsrooms session on 6 October at 12:00 at Media Port Hall A1.