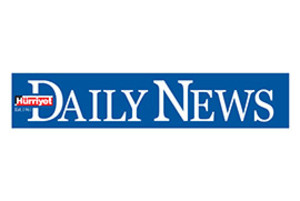 On 1 October, Hürriyet columnist and TV commentator Ahmet Hakan Coşkun was severely beaten by four people in front of his home in Istanbul. At least two of the attackers, who have been detained, were confirmed as Justice and Development Party (AKP) members, and one is a Twitter personality known for trolling users who are critical of the government.

The attack on Mr Coşkun came a day after a speech by President Recep Tayyip Erdoğan’s that was highly critical of Aydın Doğan, the founder of the Doğan Media Group, which owns Hürriyet. According to reports, over the past month Hürriyet has been subjected to a series of violent attacks and intimidation in what appears to be part of a wider, coordinated assault on the independent press in Turkey.

On 6 September the newspaper’s headquarters in Istanbul were attacked by pro-AKP protesters, during which a senior AKP MP was filmed delivering a provocative speech. Two days later, there was a second violent attack on the daily’s premises.

On 11 September, a newspaper spokesperson said that journalists and members of the Doğan family had received violent threats and asked the government and legal authorities to take precautions. Four days later, on 15 September, prosecutors launched an investigation into the Doğan Media Group for “terrorist propaganda”, based on a totally unsubstantiated story in the government-aligned tabloid Güneş.

These events have contributed to a growing climate of intimidation of the press in Turkey. On 27 August, two British journalists and their interpreter working for VICE News were arrested on charges of working for a terrorist organisation and assisting Islamic State, while on 10 September a Dutch journalist was deported following her arrest for working in the same southeast region of the country. On 23 September, an Istanbul court ordered the detention of Gültekin Avcı, a columnist for the daily Bugün, who is accused of “attempting to overthrow the government” and being a member of a terrorist organisation. Other recent incidents include the decision by online TV streaming service Tivibu to stop carrying TV channels Bugün TV, Samanyolu Haber and Mehtap TV, which are known for their critical stance towards the government.

In its letter to President Erdoğan, WAN-IFRA reiterated numerous calls to the Turkish authorities to better protect freedom of expression in the country. “We are seriously concerned that these incidents, ahead of elections in November, form part of a systematic campaign by your government and its supporters to intimidate independent media,” the letter from WAN-IFRA read. “Such a campaign would constitute a breach of the right to freedom of expression, which is guaranteed by numerous international conventions, including the Universal Declaration of Human Rights.”

Calling on President Erdoğan to take all possible steps to guarantee those responsible for the attack on journalist Ahmet Hakan Coşkun are brought to justice, the letter urged the Turkish leader “to ensure the intimidation of Hürriyet and other media is halted, and that all journalists detained for their reporting activities are immediately released.” It called for the AKP and its supporters to fully respect freedom of expression and ensure the safety of journalists at what is a crucial moment for Turkish democracy.