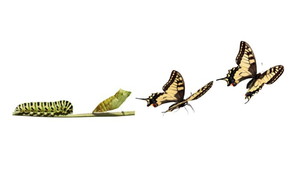 (This post, originally published by Shishkin on LinkedIn Pulse, is based on his keynote speech at the Discop conference in Johannesburg, South Africa,on Nov. 5, 2015.)

The news industry is going through significant change. Clever people often refer to the “printing press-radio-TV-online” change paradigm. Another one, ‘mobile’, is being added as you read these lines.

Three billion people are currently online, with another billion be added by 2020, most of those in the developing world and almost exclusively on mobile devices. The new age of interaction on social media platforms and more recently the surge of messaging applications keep adding to that growth while at the same time presenting very real risks.

Media companies, publishers, content providers need to change. The leaders of the industry need to simultaneously change faster to be effective in showing the way.

Media businesses will increasingly need well-rounded digital specialists – digital change managers or digital strategists, whichever you want to call them – to ensure the smooth running of the newsroom. Generalists, people with a skill set which gives them a thorough understanding of editorial content, technical expertise and the ability to get things done, are crucial to an organisation’s success.

Consider this: you have a brilliant editor who is lacking an appreciation for the product cycle or a product manager with little regard for editorial, or, perhaps, your project manager does not understand the viewpoints of other stakeholders – your equation falls to pieces.

This is what I would call a “digital triangle prism” – if one of the components is missing, things could go very wrong. While the pace of external change is significant, it’s never been more important to keep your focus and priorities on what you do, why you do it and how you do it.

The three concepts that I believe to be the most important to succeed in running digital news operations are:

We are all digital journalists now

Broadcasters with websites used to have two separate newsrooms, driving up costs, ensuring inefficiencies, and guaranteeing duplication. Now most of them have already merged into one combined newsroom, although other processes – commissioning, news gathering and post-production – are still done very much separately. Journalists working in the field still largely hold their allegiances, and prioritise them above others – meaning that, for example, good video material gathered for TV could sit in the editing suite for hours before broadcasting, and only then makes it online. Upskilling is another big area to improve on.

With the launch of BBC Africa Live page in April, BBC have proposed a different approach to our people in the field – feed to digital platforms as you gather, irrespective of what platform you are on an assignment for. There are few easy tips for newsgatherers to remember about the needs of web output, but that is a topic for another post.

All decisions we make are based on data

I am obsessed with data, and I would like editors to be obsessed with it too. Over the last couple of years you might have seen a trend of major digital news publishers, including the BBC, to start setting up multi-disciplinary, agile, audience engagement teams advising editors on how to edit better. No algorithm will ever change editorial decisions, of course, but the less we use ‘gut feeling’ in the process, the better. It is particularly important for news organisations with limited resources – if you are only able to produce 10 pieces of content a day, you really ought to know which ones to go for.

Be it SEO, social optimisation, headline-testing or bigger pieces of work we call ‘deep dives’ – all those activities are as important as the creation of the content itself.

Thus, the graph below clearly shows an illogical paradox: A newsroom keeps producing shorter items (red line), while pageviews clearly indicate that audience wants longer ones (blue line). A clear takeaway here: Write fewer of the former and more of the latter.

Innovation is the underlying principle

In a world that keeps changing, brand loyalty is a fleeting concept. With the proliferation of news sources and the rise of social-powered aggregators, it’s clear that most news providers will find it harder and harder to get the majority of their digital audience go directly to their platform. Users are more likely to consume the provided content off-platform, selecting from dozens of competing sources.

Trouble is, they are not likely to care where great content came from: “I saw it on Facebook”, “Someone shared something on LinkedIn”, “a friend showed me a tweet”. Content matters, but interesting treatment and packaging of content matter too. It used to be text, then text + pics, then a text + pics + video.

Try it, measure it, try again. If it works, great; if not, also good – you’ve learned something. It is impossible to work with digital media and not to be fascinated by the total flexibility of it all.

That’s editorial innovation. Technical innovation is equally important. Hence BBC’s recent hackathon experience in Africa. Going to Nairobi and Cape Town, where we organised hack events in February and April, we did not quite know what to expect – after all it was BBC’s first international venture into that field. Having gone through roughly 30 ideas in two cities, I am thrilled we took two of them to the stage where live products were launched. Yes, it’s a trial. Yes, we may not continue, but we made it happen – African products for African audiences. In 2016 I am intending to build on those experiences, but that’s another story.

Dmitry Shishkin is BBC World Service Digital Editor. He is responsible for shaping and leading the evolution of BBC World Service, in English and foreign languages, in the digital age, with particular emphasis on editorial innovation and change management.

He has worked in various editorial development and leadership roles for the digital section of BBC News over the last five years. These roles have required liaising between editorial, product and strategy teams in order to drive innovation, develop new ways of reaching audiences and increase engagement around the world.