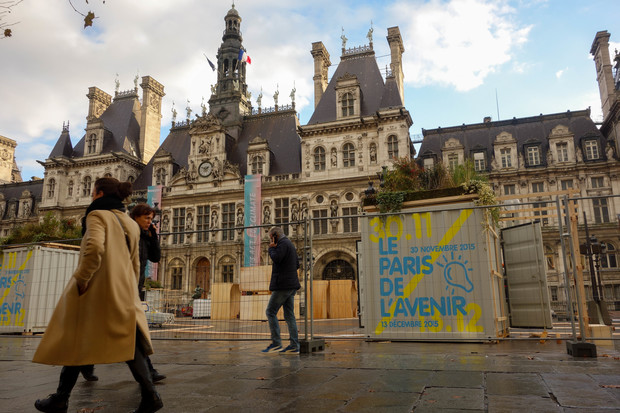 The goal of COP21 is clear: to achieve a legally binding agreement, with universal participation among all nations, to keep global warming below what most scientists say is the critical threshold of 2 degrees Celsius of warming.

But covering the conference may not be that easy. Climate change is ‘depressing and horrible’, says Laura Hazard Owen from NiemanLab. Not only because its consequences are often long-term and, therefore, hard to illustrate, but also because the science behind it is jargon-loaded and at times conflicting.

Richard Black, former Environment Correspondent at BBC World Service and now Head of the Energy & Climate Intelligence Unit, has covered many of these major evironment conferences, including COP15 in Copenhagen.

We asked him: What are the main pitfalls journalists should watch out for when covering COP21?

Fact or spin? “It’s frankly difficult to get objective information about what’s going on. Most delegations are trying to spin you in some way or another, so you have to be quite alert. And try and deduce what is actual fact and what is spin.”

Don’t get sucked in: “It’s quite easy to get sucked into the dynamics of the conference, it can be a quite intense experience. You have to remember that your readers are not there, for them it’s just one story between many others.”

Keep it cool: “There is a certain drama to these conferences, inevitably there will be a time when it looks like the deal is not going to be done. And everyone is tired and frustrated and complaining at each other. We need to remember that this is actually quite normal and not say that everything is a disaster, when actually this is just part of the normal way that these summits work.”

Link the Global to the Local
Conferences like these, and climate change in itself, are just not that easy to illustrate. Apart from talking heads and demonstrations, which may not be completely relevant – or even allowed under Paris’ new emergency laws* – there is not always much “capturable” imagery available.

* The French governmental website states that public marches are not permitted under the current State of Emergency declared after the Paris attacks on Novembre 13th. All COP21-events in closed and easily securible places will continue as planned, allthough with higher security measures.

For example, during the launch of a report of the Intergovernmental Panel in Valencia in 2007, there was a drought issue which was very visual as there wasn’t enough water in nearby reservoirs. “It was an obvious thing to go to and film, that was directly relevant to the conference,” says Black.

“A good way to make the COP21 relevant to your audience is to link the global to the local.” Richard Black.

Climate change impact in Paris
In addition to addressing how climate change may impact your home country, you may want to have a look at local climate issues in Paris. We spoke to a representative of France Nature Environment, a collection of associations looking after the Parisien environment, who identified these three issues that may give you a starting point to help find relevant imagery whilst you’re in Paris:

Climate change solutions in Paris
There are also numerous local organisations like Shamengo, Entrepreneurs d’Avenir, solutionscop21 and the Gallery right next to the conference centre at Paris-le Bourget, that organise events to promote green innovation. These showcase the commercial solutions to tackle climate change.

Many publications created a special online COP21-space, like The Christian Science Monitor and The Economist, where they will be sharing insights, interviews, charts and so on. And on-site there will be a Climate Generation Area hub for debate and knowledge-sharing that will be open to the public. Here’s a virtual tour to get an idea of the spaces: