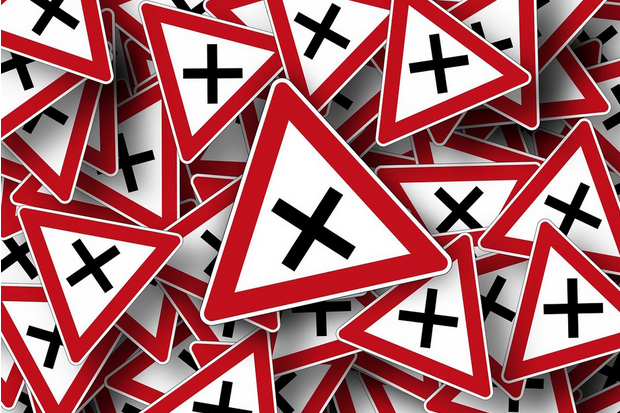 In all, some 46 respondents (out of a total of 82 participants, or 56 percent) told us they would back such a movement, with a further 26 (or nearly 31.7 percent) saying they were “somewhat likely” to support it.

In recent months, the issue of ad blocking has become one of the hottest topics in the news publishing industry. With an ever-increasing number of readers turning on software that blocks out all – or nearly all – advertising, the level of alarm is growing.

Asked “How concerned are you about the potential effects of ad blocking on your publication(s)?” more than 75 percent said they were either “extremely” (32.9 percent) or “very concerned” (42.6 percent).

Such a high level of alarm is certainly understandable given that 65.8 percent of survey respondents (54) told us that between 50 and 75 percent of their current advertising is considered display advertising.

Asked whether their company has started taking measures to protect their display advertising and if so what they are doing, many said they are not yet doing anything, while some are looking into technical solutions. Wrote one respondent: “We’re doing a lot: measuring the ad blockers across channels and also we’re using anti-ad blocker technology.”

Another respondent pointed to a nationwide initiative: “We have gathered Norwegian publishers to try to find a solution and talk about ad blocking. We are trying to find an industry-wide response in Norway. Trying first to ask the ones who are blocking ads to whitelist us as publisher.”

Several others noted that they were either investigating or experimenting with anti-ad blocking solutions, from companies such as PageFair and AdDefend, each of which was mentioned by respondents.

Most expect native ads to rise

In response to a question about which alternative forms of advertising will emerge as a result of ad blocking’s major disruption of display advertising for publishers, an overwhelming majority of respondents mentioned native advertising. However, a few respondents said they believe it won’t be a matter of one dominant form, but an increase of several. “I think that we will go from one revenue stream (ads) to several (ads, content marketing, paywall, collaborations etc),” wrote one participant. Noted another: “More integrated solutions, creative use of video, product placement, premium brand engagement, content, sponsorships, and of course a myriad of pay models.”

A considerable number of publishers are already seeing the effects of ad blocking software with some 34 respondents (41.4 percent) answering “yes” to a question asking “Have you already noticed a change in the performance of some your ad formats?”

Participants were mixed when it came to the issue of whether they viewed “the rise of ad blocking as an opportunity to increase the trust of your audience with your publication(s) by improving the kinds of ads you offer.” Wrote one survey respondent: “Yes. We will reduce the intrusive ad types and unnecessary tracking systems.” Another disagreed, pointing to the various other reasons that many readers are using ad blockers: “No, the psychology behind ad blocking is to save on data especially on mobile and has little to do with trust.”

Responding to the survey’s final question, which sought further feedback on the issue of ad blocking, one participant took a broader view: “Any crisis is an opportunity – we need to reinvent our relation[ship] with our clients.”

WAN-IFRA is taking an active role on the ad blocking topic, and along with Digital Content Next, issued a “Call to Think” earlier this year. In addition, we have set up a microsite devoted to the topic, which contains our articles as well as links to the latest ad blocking stories in the news as well as a Twitter feed following the #adblocking hashtag. We are also organising an “Ad Blocking Action Day,” a one-day conference which will be held at the Frankfurter Allgemeine Zeitung (FAZ) in Frankfurt on 11 February. Case studies on actions taken to improve user experience, creating quality ad content and economic implications will be presented.