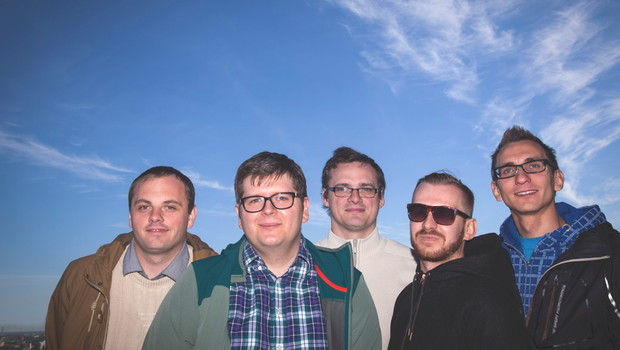 Nya Wermlands-Tidningen (NWT) is a medium-sized Swedish media group owning 14 daily newspapers with a total of 138,000 subscribers. Its main office is in the city of Karlstad.

For years, NWT’s IT needs were taken care of by its sister newspaper Helsingborgs Dagblad. But in the spring of 2014 NWT decided to sell its shares in Helsingborgs Dagblad to a competing media group – and consequently had to look for a new IT provider.

But how should they do it?

The experts had clear advice: Be bold! Do everything in the cloud!

Enter Schibsted Tech Polska. At the end of 2014, NWT started recruiting its own team of software engineers in Gdansk. The first task was clear: throw away the current technical infrastructure and figure out a way to move the online platform into the cloud!

“It was indeed a greenfield project! We were asked to move a conservative legacy system into a very modern architecture,” explains Radosław Pieczonka, who was hired as team leader in Gdansk.

Pieczonka, with a strong operations background, started in December 2014. He was later joined by two experienced Java developers, a quality assurance engineer and a front-end developer.

No need for their own servers 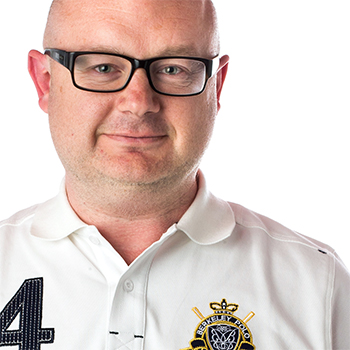 “To copy the old setup we would have to hire our own IT operations staff in Karlstad to operate the servers. We did not want that. For us moving the platform to the cloud seemed like a more future-friendly alternative that would be easier to manage with the operation and development in one place,” explains Daniel Lundström, digital development manager at NWT.

The decision meant that a lot of trust was put into the team being recruited in Schibsted Tech Polska in Gdansk.

And it was a decision only a few other media houses of this size had dared to take.

The team had to move quickly. NWT wanted the new solution to be up and running already in August, only a few months after the full team was in place.

“It was a pretty heavy setup. The online platform of NWT runs on Escenic, a CMS with a heavy Java backend,” explains Pieczonka.

All the important decisions about technology were taken by the team in Gdansk. “We gave them a lot of freedom in choosing how to solve everything,” says Lundström.

The team decided to use Docker, the leading container technology platform, for building and running the solution.

“It required huge effort to put this heavy CMS inside the modern structure of Docker,” says team leader Pieczonka. Although he is satisfied with the solution, using Docker was not without risk. For instance, the team at one stage was completely dependent on Docker fixing some bugs in order for the project to proceed.

“The new version of Docker that we depended on was released only two days before I came back from my summer holidays.”

Amazon Web Services was chosen as the cloud solution provider.

The team went for two trips to Karlstad in Sweden during the project. During these workshops both parties were able to go through all the details of the cloud project and make a solid plan together.

They also had daily video stand-ups during the whole development process – with Lundström as product owner sitting in Karlstad and the developers in Gdansk.

“It worked very well, especially because the high quality video conference system we use in Schibsted Tech Polska. It is almost like you are sitting in the same room, and works much better than just using Skype on the laptop,” says Pieczonka.

The deadline was short – and both in Sweden and in Gdansk the team was stressed that nothing should go wrong when the switch to the cloud solution was to be made in the end of August. Any downtime during the migration process could have high costs for the 24/7 news sites operated by NWT.

As team leader, Pieczonka was partly working round-the-clock during the launch. “To keep your eyes open at 5 AM alone in the office can be a strain on the eyes,” he says with a smile.

“We had a few glitches, but mostly outside the normal business hours. But all in all the migration went very well.”

Lundström says the process has been a very positive experience for NWT.

“For the first time we have a dedicated team working on our products. That is a positive change,” he says.

Lundström is full of praise for the quality of the team in Gdansk – and says the cooperation has gone very well, despite the geographical distance.

“It is my impression that the team has more control over our online platform with the cloud solution than they would have if we were running everything on our own servers.”