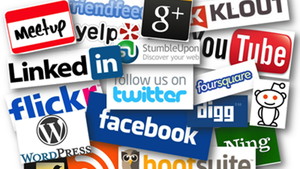 It almost goes without saying that 2015 has been a year of rapid development in the relationship between online journalism and social media.

We asked a selection of NewsWhip clients and friends, social media editors and experts for their opinions on what publishers should expect from social media platforms in 2016. Here is what they told us:

“I think we’ll continue to see the importance of native video on social platforms rise in 2016 – especially on Facebook. The way that four or five years ago, social planners started thinking we need a photo or a graphic to go with this story, I think we’ll start asking for tailored-for-social videos.

“I expect we’ll see innovation in in-house video players, too: think more vertical video or snap-to-orientation players that allow for interviews to feel more personal. And I really hope to see more brands leverage their columnists in a video format with bites for social. Do you have a humor columnist? Put them on Facebook. Or ask them to spend 10 minutes a day commenting on a Snapchat story.”

“The whole distribution versus destination argument is a big factor. Social media companies, for the most part, are looking to both distribute and become managers and editors of content themselves.

“I think that that raises some questions for those of us working in news organisations, in terms of how much content we should be delivering to platforms, and how much we should be encouraging people to come back to us.

“Another point is the use of chat apps, and specifically around the anonymisation of communication there. We’ve seen massive growth on those platforms like WhatsApp, Line, WeChat and Telegram in the last year. There’s lots of activity and sharing there.

“Consistently, a large volume of breaking news stories that come to us, in terms of eyewitness pictures, videos and comments, will come from WhatsApp, rather than email or Twitter. It’s become a big social news gatherer for us. I think that as those apps mature, that will present news organisations with further opportunities for reaching out to audiences in different ways.

“Another area is around video, and mobile video specifically. Sharing of video on social media is a competitive area for everyone. I think that battleground will sharpen in the year ahead. I think there’s a lot more activity around different video templates, the maturing of vertical video, and so on. For example, will television news companies become more conscious of vertical video, to the point that they display it in a way that sits more naturally in the television ecosystem?”

“Facebook Instant Articles and Twitter Lightning both launched, for the majority of UK publishers, quite late in 2015 so I the start of 2016 will very much be a time to really test and investigate what these new features can mean for your brand. And, of course, social editors will need to keep adapting as the year goes on and iterations are made to these features as the social networks continue to be developed upon – because they’ll still be testing too.

“Mobile apps (like Notify) and chat apps are something I expect will become bigger for social editors as the popularity for these apps continues to grow as well.”

“I don’t think it will just be a matter of using social networks to push out links to content any more either. Increasing amounts of content publishers would usually have directed people to their site for (or perhaps not even created before) they’ll be posting directly to social media. This is something that’s already happening, but as so many publishers continue with this trend on big social sites I can see this expectation continuing on other apps and social networks – and with different types of content – and this will disrupt the way most publishers’ commercial teams work in regards to social media.

“My advice: Keep testing and looking at your stats to make sure the changes you’re making are working – and if they’re not, try something else. Be realistic about what’s possible with the resources you’ve got.”

Read a Q&A with Heather from earlier this year.

“Pain. The days of social being this gigantic pie with enough for everyone to eat their fill is over. Social is now flooded with content, and the platforms are no longer content to just be traffic hoses. Social will still be a huge part of distribution, but it’s far more competitive and cut-throat than it has been.”

“In one word, ‘experiments’. As social media becomes more of a ‘native’ platform with less linking off to websites and more initiatives like Instant Articles and Twitter Moments, newsrooms will need to figure out what’s more important to them; eyeballs on content vs people visiting their websites.

“Social media content is becoming much more immersive. In 2015 we’ve done our first virtual reality experiment and there’ll likely be many more in 2016. Social platforms need to catch up with this technology to make sure viewers can navigate the content in a meaningful way. Likewise, the sooner vertical videos can be published to all platforms the better for everyone.”

“Next year will be the year of distributed content, and we’re already seeing other social platforms follow Facebook’s lead with products similar to Instant Articles. Readers will become predisposed to the faster user experience that Instant Articles provides, and will come to expect a similar experience from other platforms.

“At HuffPost, we look at these platforms (Facebook, Twitter, Snapchat, Instagram, etc) as an opportunity to collaborate and to do something unique to continue to amplify our core mission. We aim to create unique authentic experiences that resonate not only on our platforms, but on their platforms as well.”

“2015 felt like the year the platforms won. You saw it particularly in the publishers’ wholehearted embrace of Snapchat, Facebook Instant Articles and Apple News, giving up control over their distribution and presentation to publish articles and videos directly in those platforms’ ecosystem. You increasingly saw the platforms dictate the form of publishers’ content and how they allocated resource. Case in point was the emphasis on publishing video to win favoritism with Facebook’s algorithm, or hiring dedicated staff to feed their Snapchat Discover channels.

“But the proliferation of platforms is straining publishers’ limited resources, so they’re going to be more choosy in the year ahead about where they place their bets. The platforms will still hold more power, but they have started to show signs of acquiescing to the publishers, whether it’s Facebook agreeing to look into helping publishers better monetize their Instant Articles or Snapchat giving publishes the ability to deep-link their Snapchat stories to make them easier to find outside the messaging app. These changes will only lift the biggest boats, though; small publishers that don’t have the resources of the big guys are going to be at a big disadvantage when it comes to adapting their content to all the various platforms.”

“The latter half of 2015 was all about compelling visuals and video and 2016 will undoubtedly be the same.

“Everyone knows about Facebook’s obsession with video and the company’s enthusiasm for 360-degree videos and live-streaming should give clear indication of the way things are going. Video is Facebook’s future.”

“Daily Mail’s video content has had huge reach on Facebook this year. It’s clear to us that audiences love the medium and it’s something we’ve embraced.

“In the same vein, Twitter introduced autoplay in June and that has meant video is becoming increasingly prominent in timelines. So too, the use of quote cards, which have proven to be a very effective way of making our content even more shareable.

“Taken together, and with the US election looming, it means Facebook news feeds and Twitter timelines are going to be more dynamic, more visual and more busy than ever before – and for that, read crowded. Publishers are going to have to work as hard as ever to get their stories seen and shared.

“The one caveat to all that could be the reactions button…if it’s ever implemented on a broad scale. It has the potential to quite fundamentally change the nature of the news feed away from the stereotypical ‘Facebook-friendly’ stories that always perform well in the algorithm and could make the platform a more varied and interesting place. I hope so.

“Most fascinating in the coming year will be Snapchat’s continued development. We can expect to see more forays into breaking news, as we did with its coverage of the San Bernardino massacre. No platform has a firmer grip on its audience, so how Snapchat continues to challenge its competitors on their traditional stomping grounds will be interesting.”

“Just when many publishers were getting into a groove with short-form video content on their Facebook Page or Twitter account, 2016 will see publishers trying to integrate live video content into their social channels. Facebook has just begun to expand access to its live video feature to select publishing partners like CNN and BBC News in recent months. I expect this access to be given to many more media outlets early on in 2016. Publishers will need to test and learn what works in the live social video world to drive engagement and grow its audience.

“I also expect Twitter to finally introduce a new Twitter Card for live-streaming Periscope content. This would mean users could watch live video in-stream as they scroll through their timeline.”

“2015 has been a year of rapid digital change and 2016 will be more of the same. With the growth of Snapchat and Instagram, the launch of Facebook Instant Articles and Twitter Moments, there is a clear push towards increasing amounts of native content. It will be fascinating to see how this plays out in the UK media industry after seeing how the US has reacted.

“I would certainly expect to see more off-site content in 2016 but with publishers trying to balance that while growing their own digital platforms. My other prediction is around Instagram. Our BBC Sport account followers are growing at a rate that outstrips some of our other social media platforms. There seems to be an audience shift happening there and I expect to see publishers becoming more sophisticated on there.”

Read a Q&A with Ian from earlier this week.

“There are three things I think that will be the main focus for media companies regarding social media in 2016.

“The first thing is Instant Articles. Facebook just launched this in Sweden in early December so it is way too soon to tell where it is going. But it is a very interesting concept and with Facebook Notify following, it’s obvious that most of the content distribution via social media next year will be on Facebook. As it has been for years now.

“The second is dark social. Messaging services are just booming everywhere and this is where the conversations between the users take place nowadays. How do we reach them there? Is there any point in trying? I think it all depends on the service. I really like apps like Line, where there is a natural habitat for publishers, and I would love to experiment with that.

“Finally, I think we will se even more development when it comes to live video on all platforms. Expressen is doing a lot of live news broadcasting on the web already, and we will do a lot more of that in 2016. Having the possibility to distribute those feeds through social media channels would of course be interesting to look into.”

Read a Q&A with Dan from earlier this year.

Liam Corcoran is Head of Communications at NewsWhip, a WAN-IFRA member. His analysis and opinions on news, publishing and social media are regularly featured by the likes of AdWeek, BBC, Business Insider, Digiday, Huffington Post, Mashable and Wall St Journal. Email Liam via liam.corcoran@newswhip.com.