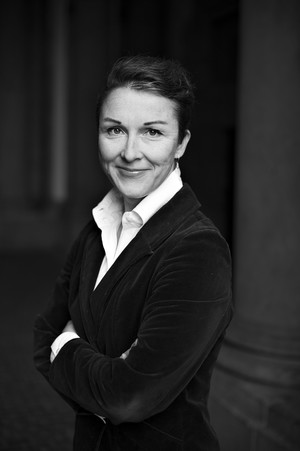 The Windesheim School of Journalism in the Netherlands is the first university in the world to launch an institute for constructive journalism. Last month it hired Danish investigative journalist Cathrine Gyldensted as Director of Constructive Journalism.

Besides integrating the approach into the journalism school curriculum, Gyldensted hopes to create a central hub for constructive journalism, to disseminate knowledge and encourage collaboration between media professionals around the world that support the approach.

A forward-thinking approach to news
The aim of constructive journalism is to look at the world as a ‘wellbeing model’, rather than a ‘diseased model’ – identifying possibilities, growth, and strengths, not only focusing on difficulty and loss’, according to the Constructive Journalism Project.

Critics say that such approaches are trying to be positive at the expense of telling the truth, it risks watering down newsand undercutting the accountability role of journalists. “News is only constructive if you want a sleepy, complacent society, not if you want active, engaged citizens,” said prominent South African journalism academic and commentator Anton Harber in a previous interview with the World Editors Forum.

Gyldensted separates constructive journalism from so-called ‘positive news’, which according to her doesn’t adhere to essential journalistic principles. Constructive journalism produces stories with a high relevance to society, she says: “It strengthens coverage in terms of providing a more accurate portrayal of the world; engaging audiences more effectively; and holding power to account by asking them to solve, collaborate, seek a civil debate  – instead of usual conflicts, disagreeing, polarization”, she told the World Editors Forum.

“Stop being blind: we’re not mirroring the world, we are moving the world,”  Cathrine Gyldensted, Director of Constructive Journalism,  Windesheim University

Researchers from the University of Pennsylvania found that stories evoking meaning, and awe, generate virality because people get invigorated by it. Their project ‘What makes content go viral?’, in which they analyzed almost 7000 articles from the New York Times, is currently being taken forward to look at engagement time, and impact, on top of clicks and shares.

“It is not about generating traffic, but in this media environment, where there is so much information out there, it is very important to understand the underlying psychological principles in order to spread good and important stories to the maximum,” she says.

Global leader in constructive journalism
The crowdfunded startup The Correspondent is leading in constructive journalism according to Gyldensted. “They are sophisticated in solutions-reporting, they facilitate future-oriented debate and they share a learning curve around a topic with their readers, which is a constructive, nuanced element,” she said. The startup will be collaborating with Windesheim to serve as a lab for testing some of the constructive formats.

21 people are talking about this

Translation: This prison reflects the real world as much as possible (and it works)

You can pre-sign up to Windesheim’s newsletter on constructive journalism that is currently in development, by sending an email to journalistiek@windesheim.nl