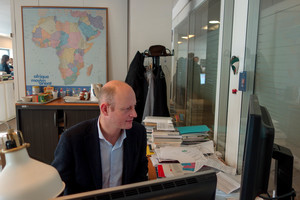 “Just like the English language media, which understood a long time ago that one of their survival strategies was to reach beyond their place of origin, Le Monde was looking to go global,” Serge Michel, Editor-in-Chief of Le Monde Afrique said in an interview to mark the first anniversary of their African news site.

“Africa, a continent with a large number of French-speakers, was a logical place to start because there are a lot of stories to tell, and it hadn’t been reached by quality media yet,” Michel told us.

French international media like France24, Jeune Afrique and RFI, have been covering African news for many years. But in the last five years, the number of publications targeting Africa’s French-speakers has grown rapidly. To name a few: CANAL+ Afrique, Slate Afrique and Africanews, an Africa-focused web TV channel launched by Euronews only two weeks ago.

Le Monde, which has focused on serving its audience in France, is now building readership on the African continent. “The real audience potential is in Africa,” Michel said.

One year in, the metrics indicate that only about 20 percent of Le Monde Afrique’s readers are actually in Africa. Most of its users are still France-based. However, social media indicates that much of the France-based audience are Northern and Sub-Saharan African diaspora, which, according to Michel, is “a key element for the development of the continent.”

Le Monde Afrique is financed by advertising, events (in France and Africa), and by institutional partners like the Bill & Melinda Gates Foundation, Agence Française de Développement (AFD), the World Bank and the Open Society Initiative for West Africa. It also received a one-off injection from Google’s French Digital Innovation fund.

Covering the reality of daily life in Africa
Le Monde always has, and will always, cover politics, conflicts, and elections, but having a special Africa-edition allows to broaden the spectrum of coverage, to include stories about business, startups, fashion, lifestyle, and social issues.

Michel cites as an example, the publication of a story about a chief Imam in Mali who made statements against the gay community. Before, the country would only be reported if there was a war, an election or intervention by French troops. 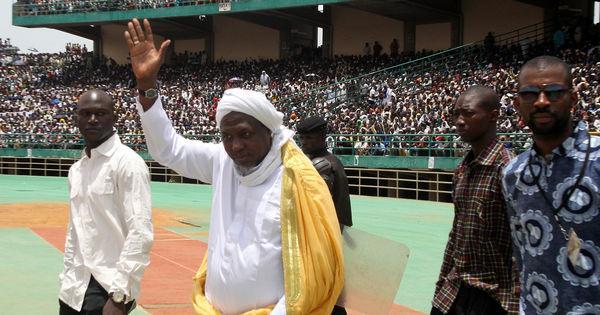 31 people are talking about this

Covering Africa as a story does not mean “sending a journalist only because there is hard news. That type of reporting does not fully describe the reality,” he adds, explaining that Le Monde Afrique was started to keep Le Monde’s coverage relevant.

Africa is big on social media, online video & mobile
At least 20 percent of Le Monde Afrique’s audience comes through social media, a lot more than in France. And 16 percent watches online videos, despite the fact that the broadband connection in Africa is often poor. “The popularity of videos is probably due to a lack of images in Africa,” Michel suggests, “even for political events or business there is often no actual video available.”

The Africa edition is the first site of Le Monde to become fully responsive because half of their audience is accessing content via mobile. Audience numbers seem to follow the connection capacity, as the number of users in countries where 4G-technology is in place, for example, Morocco, is much higher.

To serve those African countries that rely on old technologies, Le Monde Afrique is currently testing an SMS-service in Ivory Coast that allows for news alerts to be sent as push notifications to mobile phones.

It’s very expensive for a newspaper in French-speaking Benin to cover English-speaking Nigeria. And Congo and Zambia just next door have a lot to gain by working together. Part of the development and growth will come from integration between countries.

Building Le Monde Afrique with African journalists is crucial to Michel. “Compared to French media, English news is much more diverse,” he says. One glance at the bylines, shows Chinese, Arabic, Persian and African names.

The Paris-team has nine journalists, of which four are Africans. Together with 20 stringers on the continent, who are mostly young Africans, they produce around 10 to 15 articles a day.

Le Monde Afrique has teamed up with a dozen of partner media publications from Ivory Coast, Mali, Morocco with whom it agreed to share a limited amount of content a month in the form of unedited “guest-posts.”