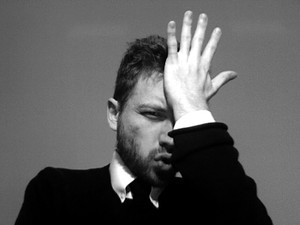 Paul Adams, Vice President at Intercom had a little rant on having to filter through a sea of useless push notifications that were consuming his already dying battery, when he was lost in the middle of nowhere in Iceland, trying to open GoogleMaps.

Adams is certainly not alone in his frustration. In a survey report released last week by Localytics, more than half of respondents said they find push notifications an “annoying distraction.”

Receiving between 2 and 5 messages in one week would cause 46% of respondents to disable push notifications, while 32% of respondents said they would stop using the app altogether if they received between 6 and 10 messages in a week’s time, according to Caitlin O’Connell, the marketing research analyst who wrote the report.

Many news organizations are aware of such backlash. “We are very conscious of user fatigue,” Subhajit Banerjee, Mobile Editor at The Guardian told the World Editors Forum. “We try to emphasize to our editors that less is more and we only send out alerts when a major news event dictates that.”

Stand out in the crowded digital space
The number of push notifications in October last year had increased by 64.25% since the end of the first quarter to an average of 51 push messages sent per app, reported Localytics.

One reason is that these alerts continue to increase retention; users who enabled push notifications on average launched apps three times more than those who opted out, found Localytics.

Also, with mobile taking over desktop as the main source of traffic to publisher sites and applications, publishers are paying more attention to push notifications. Last year, the New York Times formed an 11-person team dedicated to messaging and push alert. And Facebook introduced a separate “Notify” app, which allows mobile users to customize news notifications.

A need to be hyper-relevant
Personalization is the way forward if push notifications are to survive. The most popular alerts among the 1,000 respondents in the Localytics survey are personal sales offers, followed by breaking news and thirdly personalized content and location-based offers.

Banerjee explains how The Guardian is building additional functions into their app to allow greater customization and using behavioral data to prompt personalized push notification. For example, if you are reading a lot of sports and tech news, you might be asked if you would like push messages on them. “We want to give our readers as much freedom in following the stories they want and looking at options to take that forward,” said Banerjee.

Publishers are continuing to experiment with personalizing their messages, but obtaining personal data to differentiate push notifications still remains challenging.