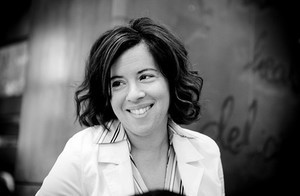 They are killed. Or maimed, threatened, traumatized, harassed – the list unfortunately goes on, drawing a picture of a profession whose risks are on the rise.

At the same time that the media business and public remain at worst ambivalent and at best lagging in taking concrete steps to end impunity and foster safer working environments for those of us working on the ground.

According to the Committee to Protect Journalists (CPJ) 71 journalists were killed in 2015 alone. Compare that to 61 journalists in the previous year. These figures are all the more horrific when you consider that, according to the UNESCO Director-General Report on the Safety of Journalists and the Issue of Impunity, fewer than six percent of 680 murders of journalists between 2006 and 2014 have been resolved.

This is in spite of a host of resolutions (UN Security Resolution 1738, Article 19 of the Universal Declaration of Human Rights), a UN Special Rapporteur on the Promotion and Protection of the Right to Freedom of Opinion and Expression, World Press Freedom Day, and tracking by international NGOs on the deteriorating state of journalist security.

Speaking on the situation in Pakistan, Zaffar Abbas, Editor in Chief of Dawn, quipped “Bumping off journalists is in vogue in Pakistan now.” He spoke at an international conference convened by UNESCO two weeks ago in Paris, bringing together some 200 media owners, professionals and organizations to stand up for the safety of media professionals.

Abbas’s description of the state of safety for journalists in Pakistan was not a far cry from the horrific testimonies given by top representatives of the media in Guatemala, Columbia, Syria and Yemen.

While representatives of the media in countries such as the Netherlands and Sweden recounted the horror of losing journalists in conflict zones. Amongst us sat Diane Foley, Founder and President of the James W. Foley Legacy Foundation – the mother of the American journalist, who was murdered on August 19 2014 after being abducted in Syria; her presence is a constant reminder of the lives shattered when journalist safety is compromised and the immense bravery it takes to move forward.

And moving forward as a community of media practitioners is a path fraught with challenges. From the very definition of what and who is a journalist – a definition which seems to elude us collectively since the advent of citizen journalism where “everyone” can be a producer of news – to the fact that business models of a beleaguered profession are in many parts of the world unable to sustain the high costs associated with providing adequate safety measures to journalists.

And while a large part of the one-day effort to push the ante forward was dedicated to freelancers working in conflict zones, there remains the issue of local journalists (for whom the conflict zone is home or who work in highly corrupt and violent societies) who often go uncounted.

The culprits are often either – or a mix of – governments, criminal cartels, religious fundamentalists. But perhaps most relevant is that the meeting was a collective acknowledgment that we as practitioners have failed to step up to the challenge of addressing journalists’ safety. And while government who allow impunity to go unchecked should be held to account – the very nature of the assault against the free press workers shows that this is hardly enough. The safety of our people must be advocated and structurally addressed by the profession and business of media itself.

A cursory look at the agenda of most big media business events gives an indication of agenda priorities: ad blocking and business models, the death or survival of print, mobile technologies are all enthusiastically debated. As they should be. However, journalism does not survive on native advertising and the latest three-dimensional gimmick – it survives on content which is provided by journalists who have the skills and the integrity to go out and do the job. And it is this one defining factor of our profession that – considering increasing impunity on a global scale – becomes a priority challenge for the business. The value added of the work of all of those involved in content creation is the very soul of the profession – lose that and what do we really have left: entertainment, advertising?

In the words of Thomas Jefferson “Our liberty depends on the freedom of the press, and that cannot be limited without being lost.” And the freedom of the press in inextricably linked in the safety of its journalists. As summed up by Larry Kilman, WAN IFRA‘s Secretary General, there needs to be a change in the fundamental attitude of the public towards what it is that we do – why we do it and why it matters.