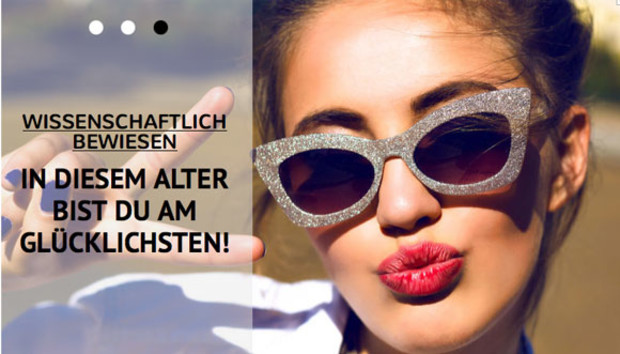 Nearly three years on, here are some examples of how Johann and his team have embraced the necessary experimental culture and strategy to deliver that mandate for Styria, publishers of Die Presse, Kleine Zeitung and Wirtschaftsblatt, and its audience. Johann will share some of these projects at Digital Media Europe 2016 in Vienna.

miss – proof that diamonds really are a publisher’s best friend

How do you get people to pay for content, when they don’t want to pay for content? miss is Styria’s women’s lifestyle magazine and portal whose average reader is about 29 years old – an age that brings most publishers its own set of challenges.

“We have the same problems everybody else has with magazines: declining readership, declining ad sales, and an audience of young females who aren’t buying from the news stand any more, and who aren’t willing to pay for content online,” Johann says. “Two years ago I talked to Jochen Hahn [Brand Manager, at miss]. “He had some great ideas and led us on a completely different path – social first. That was key, we decided to start where the users were, and that was Facebook. We produced stories just for Facebook and began growing the community with games, quizzes, stories – anything that generated engagement.”

Alexis JohannThe time-honoured production process for a magazine leads with the paper version first, followed by re-purposing that as a web version, and finally turning to social as a means of promoting the web content. Styria turned that completely on its head, leading with social, then the portal content (miss.at), and then the magazine at the end of the process.

“The resulting engagement rates were huge with users spending 10 minutes per visit and often visiting more than once a day,” Johann says.

Which is great, but the old question remains: How do you translate that time and involvement into financial return?

The answer is two–fold: the first part, not unusually for magazine content, consists of native advertising on the app. “We can perfectly integrate clients like l’Oreal so they can be part of the feed,” Johann says.

miss app: Readers can accumulate diamonds (top right corner).The second part is the eye-catching one. When it came to convincing miss‘ readers to hand over cash, without seeming to pay for content, the team at styria took a lesson from online gaming.

“You take a look at the Apple Store and the apps with the highest revenues are games: things like Clash of Clans,” Johann says. “Those games are free, but to advance in the game you can buy a package of jewels for €4.99. So we did the same with in-app diamonds that you can earn, trade – or buy.

“The app is free, but after the free trial period ends, we go to the people who haven’t subscribed and say ‘What about another trial in return for diamonds?’ The first month costs 17 diamonds, the second time the price increases to 70 diamonds, and we got a lot of people that way. Say the subscription costs 200 or 300 diamonds, and somebody has only earned 100 [through their interactions], we propose another 200 diamonds for just 20 euros.”

What this does is break through the psychological block to payment by replacing hard currency with the “diamonds.”

“Once they are in the app, the users collect the diamonds and swap that into a print subscription – we had 3,000 subscriptions in the first month, then after that maybe a further 30 percent swapped diamonds for subscriptions.”

Getting video up to speed

“Video is great,” Johann says, “but the problem is the time it takes in production means that the video is always late. Take a story like the rise of Le Pen in France: Le Pen is gaining ground and in 10 minutes you have it online. But it’s 24 hours before your video report is online. By then people already know what happened so they’re not clicking on it.”

The answer Johann found was Wochit. “It basically works by taking the URL of your text story and Wochit analyses it, looks for semantic clues and matches the story with video,” he says. “Then you can edit it and make a video story out of a text story and it works pretty well.”

Importantly, this is not the approach of a publisher without access to conventional studios: Styria has a central newsroom in Graz with the Kleine Zeitung news team and radio station, but for Johann this still leaves a vital time delay that Wochit’s stop-gap approach fills nicely.

“The time lag in between breaking news and the production process is one of the problems, so we are trying on a strategic level to shorten that time and maybe have it 30 minutes after the news breaks,” he says. Which in turn means that Styria can break 10 news stories a day with video.

As always, the key interest here is not just the enabling technology, but the business model. On that point, Johann is clear: “There is a huge demand, really huge. The main increase in digital advertising is coming from pre-clip. What happens is that advertising agencies when they book online then they don’t produce online content – they take the existing TV advertising and book it as a pre-clip.”

Hence the incentive to increase the amount, and the timeliness, of video, a priority that has also seen the publisher expand into a specialised company for native video advertising content.

“What we are doing are tailored videos for clients,” Johann says. “Just to take one example, we’ve done a project for a real-estate company where a time-lapse video shows the construction processed condensed into two minutes. That’s really working.”

He says styria also is working with Viprtec, an Austrian company that has developed a technology to bring live video content from sport events to the Internet.

If there is a football match (not professional league, but local football leagues) or other sport, a camera, on a special mount, films 20-second sequences of the game. If there is an interesting situation (a goal, for example), then the “hobby reporter” (user generated content) clicks on the smartphone app that is connected with the camera, and the last 20 seconds go into the live highlights of the stream.

“At the end, you have a short version of highlights of many amateur games all over the country,” Johann says.

In-app diamonds aren’t the only virtual currency Styria is experimenting with.

“In the sharing economy, you don’t have to own a bank to have a banking service, or have real estate to run an accommodation business, or have taxis to have a driving service, so we asked ourselves whether you could have an advertising business without owning portals,” Johann says. “Plus, we wanted to look into the idea of how you can donate to charity, without having money.”

The answer they came up with was an interstitial format based on link sharing.

“You share a link with someone and when they click on it, the URL opens up an advert before you arrive at your final destination,” Johann says. “Why would someone click on a link if they think it will lead to advertising? Because if the link is to support charity, you have an incentive. There is a high chance of people clicking on those links if they feel that by doing so they are contributing.”

In another example of the gamification mentality being applied to advertising, the linking interstitial lets you see how many points you’ve earned with your clicking, and thus how much the charity has gained from it.

It’s a non-profit approach, and if you want to help, you’ll find it’s called iwanna.help.