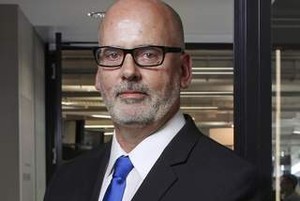 Andrew Holden new Editor-in-Chief of The Age and The Sunday Age.

After three-and-a-half years in the post, Mr Holden said he was looking forward to new opportunities after leading Fairfax newsrooms through many challenges.

“It’s an enormous privilege to be editor-in-chief of The Age and I have thoroughly enjoyed that experience. It is an outstanding newsroom and perfectly placed to thrive in the new media environment,” he said in a statement.

Mr Holden was appointed editor-in-chief of the Melbourne paper in 2012 and oversaw it during a time of great transition which saw the paper shift to compact format, grow its emphasis on digital and undergo redundancies.

He was previously editor of Christchurch daily The Press, where he led its coverage of the 2011 earthquakes, earning praise for his leadership and support for his staff after the disaster.

Remarkably, Mr Holden and The Press editorial and print teams did not miss an edition, despite structural damage to the office which resulted in the deaths of two staff members.

Andrew Holden and others from The Press and The Star talk about how they managed to get their newspapers out following the 2011 Christchurch earthquake.

Mr Holden’s departure after 13 years with the company comes as Fairfax Media begins 10 days of extensive consultation with staff for feedback on its new, proposed editorial structure for The Age and Sydney Morning Herald.

The company says the structure is designed to simplify newsroom workflows and give reporters and editors more autonomy to manage workloads and create content that meets the 24/7 demands of their audience.

It will also result in a clearer delineation between the content creation and content distribution arms of the newsrooms.

“The reporters and editors in the newsrooms will remain focused on great stories, videos, graphics, photos and multimedia. The distribution arm of the newsroom will get that content to the biggest and best possible audience via all channels available, digitally and in print,” Mr Aylmer said.

New roles will be created and some roles altered as part of the restructure, however The Newspaper Works understands redundancies are not expected.

The Age and The Sydney Morning Herald will each have an editor-in-chief responsible for content creation across print and digital, however they will no longer be solely responsible for how that content is packaged for distribution. This will be handled through two new roles, head of digital channels and head of print channels, with editors-in-chief retaining ultimate responsibility for all content wherever it is viewed.

The two mastheads will also each have an editor who will take some of the responsibilities of the current news directors, but not be responsible for the production of the newspapers. They will report to their respective editor-in-chief and head of digital channels.

Mr Alymer said the new structure was similar the newsroom structure recently announced by Wall Street Journal, London’s Daily Telegraph and others across the globe.

Over the next 10 days Mr Aylmer will hold group and one-on-one meetings with staff in Melbourne and Sydney to receive feedback on the proposed new structure.

This article, written by Lachlan Bennett, was originally published by on The Newspaper Works.