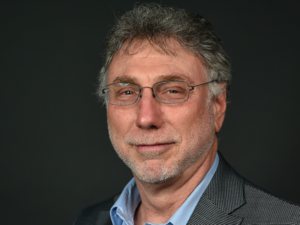 He shared his views on the current state of journalism and his concerns and hopes for the profession with the World Editors Forum.

How do you see the future of journalism unfolding?

Obviously, I think we are heading towards digital and mobile. If we are not thinking of a strategy for mobile, it’s a mistake. We have to think beyond just web and digital.

So much of what we do is going to be distributed on social media, and people are not going to necessarily come to us, we will have to find them. It’s incredibly important to recognize that what we are dealing with – the web, digital – is entirely different, much in the same way that television is from print. It calls for a different form of communication: more conversational where the voice of the writer is more prominent and detectable, and the personality of the writer comes through more.

Technology is absolutely critical to our success. We really have to be in control of our technology and we can’t lag behind others. We cannot simply be a follower with any significant technology. Being a follower in this day and age is just not acceptable.

With so much content produced daily by everybody, how can we continue to distinguish our work?

To the extent that content is becoming a commodity, it’s partly our own fault: we are not delivering on journalism. What distinguishes journalism and plain old content, is that we are digging beyond the surface. We are trying to find out why something happened, what are the consequences, who is affected – those deeper issues as opposed to just the bare-bones facts.

“If all we are doing is bare-bones facts, we are not offering anything that differentiates ourselves from anybody else. We have to go beyond that. To me that’s what defines journalism.” – Marty Baron

We need to run towards that approach, which is the essence of journalism and what it means to the public, and not away from it. That’s what the public wants from us. That does not mean just long, investigative pieces; it means we are trying to get at a deeper level every day.

How can we do that when speed and constant updating is now the norm and commanding every newsroom?

We have so many responsibilities that we didn’t have before. Essentially, we have all become wire services in addition to publishing newspapers, and then we have to do social media, do video, a podcast, you name it. So basically, yes, we have a tremendous workload and it can distract us from our core responsibility.

Speed is important. People expect to get info right away. But I am not sure it prohibits us from digging more deeply. I am not fond of this notion that you need to produce ‘X’ amount of stories a day no matter what. In our experience, it’s more about a well thought-out story idea and the execution of it that generate traffic than sheer volume. Coming up with a smarter story idea will get more readers.

Too much attention in the industry is focused on producing more and producing faster and not enough on what is working on the web, what is the voice, and what the execution of stories should look like.

With more metrics coming into the newsroom, it is difficult not to fall into the trap of wanting better numbers. How can editors balance quantity and quality?

There is a quote I really like that Jeff Bezos gave some time ago. It’s on one of our wall partitions. It’s like this:

“I strongly believe that missionaries make better products. They care more. For a missionary, it’s not just about the business. There has to be a business, and the business has to make sense, but that’s not why you do it. You do it because you have something meaningful that motivates you.” – Jeff Bezos

This is not just a matter of sentiment, there is a business rationale behind this. Readers have to see and feel every day that we are trying to do something important and distinctive, that we are doing something that no one else will do. If they don’t see that, then I am fairly confident that they will abandon us. That’s why I rebel from the word content and I like the word journalism because it is indeed something meaningful.

How can we demonstrate the importance of journalism?

We cannot be a captive to an institutional agenda or the institutions we cover. We always have to keep in mind “what are everyday people interested in?” One way to do that is to pay close attention to what people are talking about on social media where there are multiple gigantic conversations taking place. It’s really important to put your ears to social media and recognize that this is the place where people talk about what they care about. It does not always measure up to what institutions think.

If there is any evidence of that, just look at the US presidential election.

There is a major disconnect between what major political parties are dealing with and what ordinary Americans are thinking. We as media organizations need to be more in touch. We have to work at that because it does not necessarily come naturally.

So much on social media is fake and racist and wrong. What is our role there?

It’s one of the most concerning aspects of the media environment, that there is this parallel media universe emerging. A lot of people are drawn to sites with pre-existing views, but more than that, they are drawn to sites that present facts that are actually false. People are willing to believe so-called facts because they match up to their own preconceptions.

A substantial part of the population actually believes the president was not born in the US, even though all the evidence shows that he was and no evidence shows he was not. A substantial portion of the population believes he is Muslim when in fact he is Christian. This is concerning. And all we can do is point out the facts, but there are many people who resist our stories because they think we are hiding information from them.

What do we do about it? I don’t know. It’s a serious concern. I have no answer for that. We need programs of news literacy in this country. There are a lot of people who can’t distinguish fact from fiction and why they should believe one news outlet and not believe another. They are inherently suspicious of mainstream news organizations. I don’t know the answer to all this. Obviously, we have work to do.

The only thing we can do is to publish facts?

We have to do our job, honestly and honorably – tell things as we find them. I don’t know. Maybe we have to wait for some giant catastrophe that was based on fabrication before people wake up to what’s happening. That would be a tragedy, but I think it’s a real possibility. I mean we went to war in Iraq on false assumptions. I think that those kinds of events should cause us to question assumptions that we make about things.

The fact is the media is distrusted. There are many people in this country and in other countries that are suspicious of mainstream media organizations. Regardless of what anybody writes, regardless of the facts they present, they tend to be dismissed.

People are moving with their eyes closed and hands over their ears. They don’t want to hear it, they don’t want to see it. Even if they do capture glimpses of it, or do hear some of it, they tend to dismiss it. That’s the era we live in.

“No question: trust is our greatest challenge. There is no greater one. We are constantly worried about resources, social media, monetization and all these kind of things. All of those pale in comparison to this particular challenge.” – Marty Baron