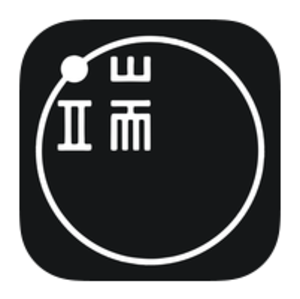 Bo Lee, one of the five Hong Kong booksellers that went missing recently appeared in a television interview on Monday saying he had left Hong Kong on his own account to assist in a Chinese police investigation, and that he will be giving up his British passport.

The news of the missing booksellers has dominated newspaper coverage around the world. It ignited protests in Hong Kong over freedom of expression and abduction of Hong Kong citizens by the Chinese government in Hong Kong.

The Initium, a new media startup in Hong Kong launched in August last year, was one of the first media companies to break the news early January, having already written a feature on the third bookseller that went missing. It was also one of the few media outlets to have interviewed Lee’s wife.

The young media company ambitiously positions itself as “the quality digital media for the global Chinese community” that offers “original reporting and data journalism”.

In the first six months of its launch, The Initium has attracted four million monthly unique views where 40 percent are from Taiwan, 35 percent from Hong Kong, and the rest are from the U.S., Japan, Southeast Asia and more than 100 other countries. The website and its mobile app were blocked in China 10 days after its launch.

A sleekly designed website and mobile app
The Initium has a global editorial and development team of nearly 70 people in Hong Kong and Taiwan who are producing daily news reports, analysis, infographics, investigative stories and even video pieces from around the world.

A browse through its website sees deep feature stories on the collapse of China’s investigative journalism, Taiwan’s election and earthquake, the nuance and tension between Hong Kong and Chinese students in Hong Kong, the New York Chinese police officer who is indicted for killing a black man, profiles of Chinese politicians in the UK and Argentina, the changing behavior of Chinese tourists in Paris and how Chinese Uighurs are trying to join ISIS by illegally crossing into Myanmar and Turkey.

How to become an authoritative independent Chinese-language media?
With its impressive coverage, some have eyed The Initium with suspicion, questioning its source of funding and ownership. It is a sensitive topic as press freedom has been on the decline in Hong Kong, and the influence of the Chinese capital becomes more prevalent. The latest example is Alibaba’s acquisition of the centennial South China Morning Post to “improve China’s image”.

“The Initium is too mysterious, but its content is very good,” Shun-Hsiao Chen, a former reporter and Associate Professor of Journalism at Fu-Jen Catholic University in Taiwan told the World Editors Forum.

Its key funder, Hua Cai, is a 39-year-old Chinese from South China with a law degree from Stanford, who now lives and works in Hong Kong as a lawyer, according to a local media report. The idea of The Initium came from the fact that there is a lack of an authoritative independent Chinese-language media. Some media has inferred that Cai has relations with Chinese President Xi Jinping because he is from the province where Xi used to be a governor, but Cai has disputed the linkage.

Its Editor-in-Chief Annie Zhang stressed that The Initium is completely independent. A native of South China, Zhang studied journalism at Hong Kong University and has lived in the city for more than 10 years. Zhang is an award-winning journalist and has previously worked for Yazhou Zhoukan, a Chinese political magazine, iSunAffairs magazine, a current affairs magazine, and City Magazine, a lifestyle magazine.

Keeping investors on board despite political pressure
Originally, Zhang was given a three-year investment period. However, changes in investment structure due to political pressure forced The Initium to find new funding. “We always knew this would come, but we underestimated how fast it would happen, so we took the opportunity to normalize our capital structure and minimize risks such as having our reporters and editors owning a third of the shares,” she said.

Recently, The Initium has attracted preferred share financing led by a Taiwanese investment firm WI Harper Group. It is in the process of pitching to additional potential investors.

It also just hired an advertising director, who will be joining the company this month. “We hope to be able to build our advertising arm this year, and Cai is thinking about e-commerce,” said Zhang. “There are so many ways to do this and we are trying every way possible.”

Chinese markets are a world apart
What The Initium is doing has been attempted before, said Zhang, but it is a path that is extremely challenging because of the differences in the markets – China, Taiwan, Hong Kong and diaspora communities; because of China’s censorship; and the changing technology that has plummeted the media industry.

Attracting a Chinese audience in different cultural and political environments meant that Zhang and her team had to be sensitive editorially to ensure linguistic understanding. Besides having both traditional and simplified Chinese versions, there are one or two Wikipedia-style boxes at the end of almost every article to explain terms or news events that one group of audience might be familiar with, but not the other. Zhang also makes sure that articles are read by its editors from different places.

“I don’t think to this day, there is a Chinese language media product that is widely read by the Chinese diaspora in different markets and seen as authoritative in a way that is seen by the English media say the New York Times,” said Marcus Brauchli, Managing Director of North Base Media, an investment firm with portfolio in the Asia Pacific region. “The Initium has that ambition and it’s interesting to see how they are doing, people are starting to pay attention.”

“When we first launched, the Hong Kong readers feel that you are too mainland, and the mainlander would think you are too overseas, and the Taiwanese might not understand the significance of the article,” said Zhang. “It’s still a work in progress and we are trying to create a new language in a sense.”

Chinese censorship remains main struggle
Censorship is the ultimate struggle, given mainland China’s market number at 1.4 billion. Taiwan’s market is at 23 million, Hong Kong’s at 7 million and the overseas Chinese diaspora community is at approximately 46 million across 150 countries.

“If you are too close to the Chinese government, you could lose the overseas audience and maybe slip on the mainland one in the process too,” said Zhang.

Given China’s common tactics of arresting and jailing journalists who do not fall in line, Zhang has taken care to ensure that reporters who are in China only tackle softer pieces and the hard-hitting ones are handled by reporters in Hong Kong.

“Do I worry? Of course, but there is no other way, we either go into China or get blocked,” said Zhang. “The former, we will have to compromise our content hugely so as to give advertisers a sense of security, if not we will have to be the best professional journalists to win recognition. There is not much choice, and it does not help to worry, so we focus on doing our job well.”