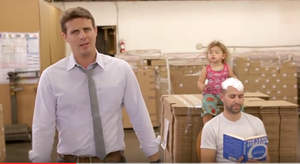 In the U.S., the Dollar Shave Club is hard to miss and simple to understand. Simply put, for a dollar a month (+ two dollars postage) they will send you a razor and regular cartridge refills. Bolstered by venture capital and a massive TV and online ad campaign, the company has gone from zero to a billion dollars in value in a few short years.

As it turns out, the offer is not as simple as it sounds: there are actually two more tempting offers on the website. You can get a better razor cartridge with four blades for $6 and even better, a crazy luxury six-blade device for $9. The classic upsell.

Back in 2009, Press+, now part of Piano, was the news industry equivalent of the dollar shave club. For just a few dollars a month, you could get unlimited access to your favourite U.S. news sites.

Once The New York Times adopted the meter in 2011, the concept spread like wildfire. If you were lucky, news publishers might throw in a tablet app or even a Sunday print edition. And soon almost every news outlet with a paid content offer had a similar upsell.

But for co-founder Steve Brill, it was still hard work getting the package right.

In a bold, no-holds-barred interview on Poynter, Brill recently accused U.S. newspaper bosses of being “paralyzed” by change and clueless about paid content.

His most scathing example was the Denver Post, and its initial decision to set the paywall at a mammoth 100 articles, and then give away their most popular coverage of the Broncos free – the news equivalent of giving customers the six-blade razor on the one-dollar package.

Since then, metered paywalls have seen some fine-tuning. In most cases, the meter is lower, at under 10 articles, and sometimes different sections have different limits, with sophisticated modelling to maintain ad revenue from fly-by and referral traffic. As DigiDay recently reported, even hard paywalls like the Financial Times are becoming increasingly “leaky” – to ensure they can capture essential social traffic.

Once the paywall was up, the marketing teams could start to get creative with offers. The New York Times has had hundreds of offers since launch, and their namesake The Times, in the U.K., has tried many deals from Spotify subscriptions to free iPads, even presenting a package selector that takes a few moments to ‘process’ exactly the right digital package for the reader.

Whether it’s metered, freemium or behind a hard paywall, you could summarise this dollar shave approach to paid content as follows:

But at a certain point, this is not enough

Indeed, the actual Dollar Shave Club is not yet profitable despite WSJ reporting a valuation of over $600m. As eyeballs move to other platforms, how do you monetise distributed traffic? How do you raise your monthly subs to something approaching print prices? What’s the next step for growth once you’ve exhausted all the deals and offers? What if the new generation of new readers are not willing to subscribe? What if, like The Guardian or Huffington Post, you are still giving away 99 percent of your content free?

The recent drop in ad revenue has concentrated minds. In the U.K. both the Guardian and the MailOnline failed to hit ambitious targets for 2015 as ad spend moved to social media towards the end of the year.

It’s no surprise the Guardian is thinking more about the “fan club model”. They already have a Membership offer for people willing to pay 5 pounds or more to support their journalism and attend events for a discounted fee. Lately CEO David Pemsel announced they plan for membership to make up a full third of their revenue by 2019.

A fan club assumes high engagement and dedication from its members. They are happy to be associated with a product or group of people and see it or them as more than a brand or corporation. Perhaps it’s a local, geographic tie. Their fandom brings them together and possibly defines them politically. They are willing to buy fan merchandise. Big events draw them together. They are excited about exclusive content. And they are loyal.

So how does this apply to news?

Jeff Jarvis has often complained that loyal readers get stung by the dollar shave model of paid content. They drive ad revenue with high page views and time spent per session; then they get asked to pay out of their own pocket.

Publishers are now looking for ways to make this arrangement more elaborate. For example:

Merchandising – got your 99 percent Invisible or WTF t-shirt? If the names are not familiar, it’s time to check out Soundcloud or your Podcast app on iOS. WTF itself is so popular Obama chose it in 2015 for his first-ever podcast appearance.

A new wave of podcast companies like Gimlet Media and Panoply (owned by Slate Magazine) have audiences that act like true fans – willing to buy merchandise for their favorite show.

Sometimes that loyalty extends to the podcast network itself, but rarely up the chain to the parent company. BuzzFeed and Vox, for example, have their own podcast operations but not so many people wearing their branded t-shirts. The Guardian by contrast is such a powerful left wing brand it not only has its own range of mugs, but even inspires anti-guardian merchandise.

Events – think Trivia Night with POLITICO Pro. This is not about new external revenue streams – but events for your readers, another membership incentive. The Texas Tribune sees it the same way.

“Events are treated as journalism” says CEO, Tim Griggs (see full report in our Alternative Revenue Streams report). They hold symposia on cyber-security or immigration, with any revenue coming solely from corporate sponsors. Readers’ who attend have a closer association with the brand and are more likely to pay for membership.

Data and rewards – the most engaged users also supply the richest data. At the very least this enables you to understand them better and ultimately raise ad rates. So how to encourage them to log on? Offering rewards. Some printed papers have already cracked this – for example the Daily Mail getting readers to enter daily codes into MyMail in return for special offers.

Gaming companies already offer in-game credits in return for watching video ads. And surely there is an opportunity for digital news players to do something similar – assuming you can draw the eyeballs back to your own platforms. Just as BuzzFeed buys traffic, news organisations may need to buy inventory to market their own product – i.e. to buy on Facebook to bring people back from Facebook.

Special content – there is a difference between premium news and special fan or membership content – but they may be intertwined. That’s probably what The Guardian is trying to express when editor Kath Viner strenuously denies considering a “paywall.” For some, it’s an experience without ads – something Bild has pioneered in its battle against ad blockers.

The Young Turks have a small group of super fans that get access to extra video content & get direct input to shows. Unlike their massive YouTube audience, they are willing to pay.

YouTube video superstar PewDiePie is another example. Via the new paid YouTube Red service, he offers a show with entirely different production values (a live action horror experiment). Aftonbladet have made the extra membership offer very clear when – you pay more than double to get the Aftonbladet Plus Premium product instead of “mere” Plus.

Young Turks has super fans who get extra content and can give input to shows.These are just a few of the aspects involved in building and maintaining a fan club of your most loyal users. But depending on your audience, you will likely still need a dollar shave club. You still need to offer a reliable, quality news product to an audience that has no special affinity with your brand or is perhaps mostly concerned by price. And you need to find an entry level to bring on board millennials with limited buying power and twenty years experience of free online content. With any luck they will grow to join the fan club, and a more invested relationship with quality journalism.

The best news publishers of the future will be running their own clubs – and they will cost more than a dollar to join.

Want to discuss paid content strategies with Nick? He will be attending Digital Media Europe 2016 in Vienna from 20-22 April, and Kalle Jungkvist will join Nick and colleagues running a workshop on membership models at eRev in London on 10 May.