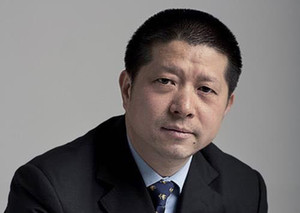 It is not unusual for journalists to shift to the business side of newspapers. News publishing is a unique industry that calls for managers who are equipped with a deep understanding of its specificities. However, it is not so common for a former editor to find himself at the helm of a media organisation with holdings worth billions of dollars!

SUMG, whose total assets are estimated at over 30 billion yuan (US$ 4.6 billion), has more than 8,000 employees. It owns 24 newspapers (nine dailies, seven weeklies, eight periodicals) and two publishing houses. It is also the controlling shareholder of the listed company Xinhua Media.

Qiu Xin, who presides over the destiny of this media colossus, started his career as a business journalist at Jiefang Daily in 1988. He subsequently founded the first lifestyle weekly paper in Shanghai (The Shanghai Times) as well as Shanghai’s first metropolitan newspaper (The Shanghai Morning Post), and became the chief editor of these two newspapers. During the same period, Xin was appointed chief editor of the Wenweipo, another leading daily in Shanghai.

“Traditional paper media is currently facing huge difficulties,” says Xin. “And the situation has become totally different compared to 10 years ago when I was chief editor (…). It is becoming more apparent that digital media will replace print media, and that the shrinking of the print media market will become the norm in the future.”

A challenged industry
According to the China Advertising Association, in the first three quarters of 2014, newspaper advertising dropped by 34.5 percent. Simultaneously, digital publishing in China in 2014 achieved a turnover of 338.77 billion yuan (US$ 52.16 billion), exhibiting a growth of 33.4 percent compared to 2013.

China’s 700 million Internet users naturally represent an enormous opportunity for digital media development. Encouraged by a resolution of the central government aiming to promote their transformation and reform, Chinese conventional media can furthermore rely on a powerful domestic ecosystem of innovative technology companies.

“Technology is the driver of this media transformation. As far as big data, cloud computing or robotic learning are concerned, publishers are way behind the Internet content companies,” says Qiu Xin.

“In order to achieve overall transformation, there is a need to establish teams that understand cutting-edge Internet trends and can respond to digital product development, operation and online selling any time. At this point, we are lacking these resources,” Xin says. “And it is well known that it is not easy to change the media companies’ legacy culture, nor to attract new talents.”

Furthermore, he states: “Capital is needed to support the overall transformation of the news publishing industry, but the fact is that we need to spend within the limits of our earnings, and therefore can’t invest huge amounts of money.”

Defining an ambitious three-step strategy
SUMG was formed in 2013 in order to address these challenges and with the mandate to implement an ambitious “three-step” strategy:

In its first year, SUMG focussed on defining the group’s governance structure and management model. It was decided that the group should “get the business” (consolidating the resources, operating the overall business, and being responsible for setting the group’s overall strategy of development) while the news offices should “get the content,” which implied that the publications – in particular the three main newspapers: Jiefang Daily, Wenhui Press Group and Xinmin Evening News – would retain their unique features, enhance their content quality, strengthen their brands, and expand their influence.

At this initial stage, the group also worked on simplifying its business structure.

“We spent almost a year carrying out one large-scale optimisation restructuring of the whole group’s press business. Publications with similar market positioning or an unclear prospect were either merged or halted. Overall, the group’s publication setup has become more reasonable (down to 26 publications and publishing houses, from 37 originally), and the competitiveness of each publication has been improved while the consolidation of publication resources has been enhanced,” says Qiu Xin.

SUMG then embarked on a major reform of its editorial processes across all the group’s titles to improve the standard of the newspapers’ content. The newsroom management and all the editors’ positions have thus been classified into clearly defined levels in order to offer a long-term, stable and expected line of career progression to frontline journalists.

“The job level reform of the editorial profession has manifested early results,” says Xin “Both year-on-year and seasonally adjusted submission volume have significantly increased, and some of the well-known journalists and editors who were holding management positions have returned to editorial work, thus enhancing the quality of the newspapers’ content.”

Innovative digital platforms, a priority
Having optimised its core traditional businesses, SUMG is now focussed on reaching its second objective: to transform into a prominent and profitable multimedia news player. This naturally implies that the existing print publications should all be available on digital platforms that retain their respective positioning, historical heritage and DNA. But the young media group also embarked in the development of new purely digital products. Three significant projects have been developed so far, while several others are already in the pipeline.

Launched in 2013, The Paper has already become one of the most popular news websites of high-quality original content in China, according to Xin. He said it ranks first on the two major social media platforms in China, WeChat and Weibo, and second among news websites.

To further develop into an efficient “platform” media, The Paper is currently implementing pilot remuneration and incentive mechanisms. “The Paper has established a market-oriented evaluation system, focusing on indicators such as work volume, interview volume, quality of column articles and guidance impact,” explains Xin. ”This allows the publication to identify and adequately reward the high performing, core employees, thereby ensuring talent retention.”

“The Paper will also launch a video production technology that is based on short online video and uses advanced graphics, 3D, virtual reality and other more dynamic means, so as to satisfy the video news and reporting demand of the Internet generation,” says Xin.

“In July 2015, Jiemian completed an A-round funding, and the value after investment was estimated to be 900 million yuan (US$ 138.5 million), with the investment premium reaching 8.5 times,” says Xin. “In the ‘2015 Top 1,000 Chinese Makers,’ the Jiemian website ranked 29th. It was the sole information website that was ranked among the top 30.”

Targeting a completely different audience, the Shanghai Observer is a new media product launched by The Jiefang Daily for Shanghai’s local party leaders and department personnel. After two years in operation, it has reached an audience of nearly 1 million, with approximately 250,000 paying users.

“On the one hand, the project involves a largely optimised product design through technological upgrade in order to fully enhance the user experience,” Xin says. “On the other hand, it also involves implementing major improvements on the rules of ‘paid reading’ through the offering of ‘paid value-added services,’ thus further carrying out an aggressive search for profitability models.”

“One of these is a project similar to Today’s Headlines (one of the group’s print publications) that targets those who were born after 1990,” says Xin. “This is a mobile Internet information portal with personalised recommendations, which the group plans to launch in alliance with strategic partners like the 825 Fund (a digital media investment fund launched by SUMG in 2015). (…) It will enhance volume growth, user participation and click rate through the use of contents, activities, events, social media and other such measures.”

This year, the group will also launch a new online English-language media that directly targets overseas audiences. Newly composed by The Paper’s team, the project will use daily events in China as the entry point, and will focus on disseminating China’s mainstream values.

“It will focus on using Facebook, Twitter, YouTube, Google+, Tumblr and other western mainstream social media platforms, so as to become a practical platform that tells the China story (…),” Xin says.

Finally, Zhoudao is a new portal that SUMG’s morning news team will be launching soon. It will use the location where the information happens as the basis for providing local news, community news, UGC content, etc.

“The product will drive the formation of multiple vertical WeChat groups by the companies and projects under the group, building a solid and diverse platform covering the whole Shanghai market with ‘local news information + lifestyle information services,’ ” Xin says.

From organic growth to acquisitions
Beyond the mere organic development of new media projects, the third pillar of SUMG’s growth strategy consists in radically embracing the digital era culture through an aggressive acquisition policy that will be operated through two major investments management platforms. The group’s objective is to acquire through investment, merger and acquisition good quality assets that are in line with its future direction of transformation.

The 825 New Media Industry Fund focusses on culture and new media investments management, with a scale of 1.2 billion yuan (US$ 184.7 million).

“It focusses on investments in the mobile Internet era’s new media content production, consumption and transformation as well as on providing technical support to projects with potential and growth,” Xin says.

“As of 31 October 2015, the accumulated number of invested projects had reached 50, for a total amount of 850 million yuan (US$ 130.8 million),” he says. “These investments covered Internet finance, mobile medical care, digital reading, online education, vehicle after-market services and various other areas. The expected annualized return of the fund is not lower than 30 percent.”

Launched in June 2015, the “RLT Innovation Fund” is a Property and Financial Investment Management Platform. The initial subscribed amount of the fund was about 1.8 billion yuan (US$ 277.1 million) and its target scale is no less than 10 billion yuan (US$ 1.5 billion). The focus of the fund is on property financing, emerging industries and Internet financing.

“We have developed and are persisting in pushing for the ‘three-step’ strategy,” says Xin. “We are putting our efforts in the battle for the future of the news media industry. We are now building the foundations and grabbing opportunities with the final aim of achieving our transformation.”