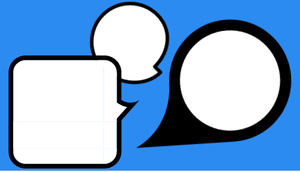 Lots of questions have been asked on social media in the past week about the different way in which the media treated the terror attacks in Brussels compared to the devastating attack at a park in Pakistan. Indeed, the comparisons go much further. Think recent events in Nigeria, Turkey, Yemen and Ivory Coast.

Some reports, including people interviewed for this New York Times video, accuse the media of racism. Martin Belam, the Guardian’s social and new formats editor, investigated the coverage of Pakistan and Brussels. He had a few good reasons why there might be a difference but concluded: “It’s undoubtedly true that there is less coverage, but it is also regretfully true that there seems to be less of an audience.”

Audience measurement is easy – so too is adjusting content to keep that audience engaged. The danger we face is that the editorial judgment that would keep the Pakistan story at the top of a news agenda risks being undermined in the pursuit of audience. It is something we as an industry must fight. News organisations have a societal role that sometimes gets forgotten in the drive for traffic. To forget some victims, would be to forget our purpose.