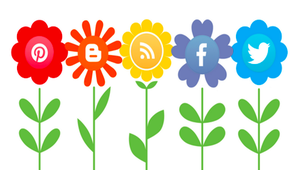 “For the past ten years I have been thinking, studying and teaching about the risks for journalism and democracy if the newsroom as we know it disappeared,” Gandour said from New York, where he is currently a visiting scholar at the Columbia Graduate School of Journalism.

Blogs, social media platforms and messaging apps, have heightened Gandour’s concerns about whether we can sustain the practice and method of journalism. He will detail his arguments and share research findings at the World Editors Forum in Cartagena in June.

“In parallel to the undeniable wonderful possibilities of the hyperconnections allowed by the networks, the phenomenon of fragmentation can weaken the maintenance of journalistic practices and methodology. We have to care about that today if we want to transfer journalism values to future generations,” says Gandour.

“Social media has boosted superficiality, with instant responses of either like or dislike, contributing towards a polarizing society. We are losing the nuances in our debate,” he warns.

Media literacy is also suffering. Young consumers are often unable to tell the difference between opinion and fact. They also no longer have the hierarchy of news, reinforced by the print layout and design, to draw on.

“We have to avoid labeling this discussion as nostalgia. Saying this is an easy way to dismiss an important discussion.”

While at Columbia, Gandour is also leading an industry wide study of Brazil’s newsrooms, to show the change in the resources dedicated to covering six core beats: local news, politics, international, sports, economics and finance and variety (entertainment). This is inspired by the Pew Statehouse Study that tracked the loss of legacy reporters covering government.