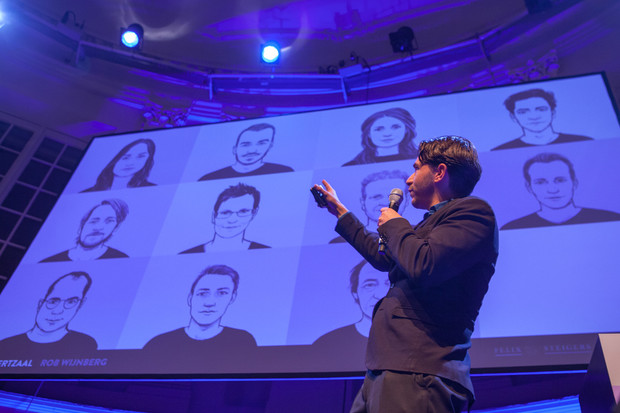 “We came to realise that, diversity-wise, we’re not doing any better than other western media,” said Karel Smouter, in an interview with the World Editors Forum last weekend. “The lack of diversity was bothering us more and more, so we decided to make an effort to improve our shortcomings.”

In its usual, transparent way of communicating, De Correspondent decided to publically admit its shortcomings and to search for journalists who would add diversity to the newsroom. “Being a writer’s medium that believes in evident subjectivity rather than objectivity, it is even more important that our newsrooms is a reflection of our society,” said Smouter.

Ernst-Jan Pfauth, De Correspondent’s co-founder is a speaker at the World News Media Congress in Cartagena, Colombia, 12-14 June, discussing how to build a loyal community.

Karel Smouter, Deputy Editor-in-Chief at De CorrespondentWhat concrete steps did you take ?
“We had two job vacancies, so we decided they would be available exclusively to candidates from non-western backgrounds. The same goes for the in-house traineeships we run four times a year, these will be exclusively dedicated to non-western candidates for the next one-and-a-half years.”

Why does it seem so difficult to have a diverse newsroom ?
“Journalists often consider themselves colorblind in an attempt to focus on the quality of the journalism rather than who wrote the piece. But if you look around the newsroom and you only see people that look like you, you need to reconsider the way you define quality. And we came to realise that diversity actually is a quality.”

“In the Netherlands, a common assumption is that because the universities are white, the newsrooms are white. Journalism just doesn’t seem to be an obvious career choice in non-western families. When you’re the first generation able to study, it makes more sense to choose degrees like law, or medicine. But while this may sound logical, we asked ourselves: do you really need to have a journalism background to work as a journalist ? No.

“Besides that, people from non-western backgrounds may feel that journalism is not really for them as they’re often written about in the media. And there are sometimes additional uncertainties, such as language skills or a lack of journalistic experience.”

So have you managed to improve diversity in your newsroom ?
“We hired a Morrocan-Dutch journalist, a Turkish-Dutch trainee and contracted several freelancers with non-western backgrounds. Having them around has been useful in our discussions about how to address the Brussels attacks, and we have had a very valuable contribution from another non-western journalist on ethnic profiling within the police. But what we don’t want is for them to only work on topics related to their backgrounds. As with all our journalists, we ask them to write about what really interests them.”

What is the diversity plan for the (near) future?
“We have about 20 scouts who keep an eye out for potential candidates, and we often get requests from mainstream media to connect them with our non-western journalists. Our network is expanding as more ethnic diverse journalists pitch stories to us. These are still small efforts and we still are a mostly white medium, but there seems to be a diversification in our readership, drawing from the comments on our pages and the facebook likes.”