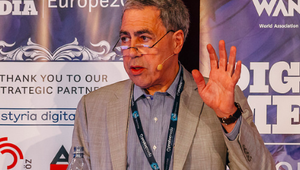 Buoyed by its success with its Spanish language digital product, en Español, The New York Times (NYT) it is now looking to break into smaller niche markets. “As general interest global publication we want to connect with internationally minded people trying to understand the complex world,” Golden said.

When asked if digital publishers should be worried that the NYT was about to “eat their lunch”, Golden said this was unlikely but the direct competition was more likely to be the global brands like the Financial Times and Wall Street Journal.

Penetration in new markets would be small, he said. This model worked on a national scale, where outside of New York, the NYT had a penetration of 2-3%. There was no reason to believe this model would not work on a global scale.

The Spanish language site, run from Mexico, has provided the NYT with an incubator to test what works and what does not in markets where there is no expectation related to the print product. This pure digital, legacy-free template will be replicated in other markets.

Earlier this month the NYT announced it was putting $50-million behind the global drive and it appointed leaders across all parts of the organisation to drive the new global strategy. They include Lydia Polgreen, who was named Editorial Director of NYT Global.

Polgreen will be speaking about the lessons from the Spanish edition and the new focus at the World News Media Congress in Cartagena, Colombia, in June.

He said the media landscape was frightening and was moving faster than he had ever seen it. “The business model is changing at simply an alarming rate. Digital advertising is not yet a mature market but is changing very rapidly. Many of readers and viewers regard digital advertising as a problem.”

“It is important to tailor our products to international audiences because they are getting used to different experiences elsewhere. No two go to Facebook and see the same thing. We have to get used to that,” Golden said.