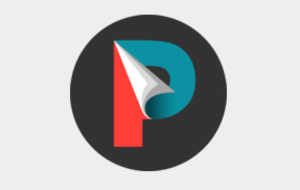 It was clear from an initial examination of the Panama Papers, consisting of 11.5 million internal documents from the Panama law firm Mossack Fonseca, that this was going to be an unprecedented investigation.

The 2.6 terabytes of data spanning over 40 years were several times larger than the combined information of US diplomatic cables leaked to Wikileaks in 2010, the intelligence documents leaked by Edward Snowden in 2013,  the Luxembourg tax files leaked in 2014 and the HSBC files leaked last year.

“It was enormous from just the amount of data and content,” said Krach. “We saw in the first document that the data concerned people from all over the world. We knew early on that this was not an investigation we would ever be able to do alone.”

Süddeutsche Zeitung decided to share the database with the International Consortium of Investigative Journalists (ICIJ) which built the data infrastructure and put together an international team of nearly 400 journalists from more than 100 publications across 80 countries to work on the database. (See below video for how they did it)

It was not the first time that ICIJ had led a collaborative, international investigation. As early as 2013,  it began forming international teams to investigate offshore banking, government corruption and tax avoidance. However, given the density of Panama Papers, this team was the largest engaged so far.

Despite the fact, many were asking questions about why none of the major US newspapers had the Panama Papers on their front page on Monday. Some suggested that they were not invited because they were not team players, others that there was a lack of Americans on the hit list because Americans tended to use different law firms, while others have pointed to the funding of ICIJ which might have discouraged it from inviting American media.

Editor of Süddeutsche Zeitung responded to the lack of U.S. individuals in the documents, saying “Just wait for what is coming next”

The team took extra security precautions given the sensitivity of the data and communications took place on encrypted channels for all involved. The global team met twice – once in Washington DC and once in Munich – to discuss the research and further hammer out the schedule for publication of reports.

“We did everything we could to keep it secret and it’s a wonder to say there was no leak within this group of 400 people,” said Krach. “It has never been done before on this scale and it’s astonishing! It was the best cooperation ever.”

In the future, Krach believes that the world will see increasing collaboration especially in the realm of data journalism.

“I am not sure we have one media organisation that is able to do this cross-border work and research concerning thousands of people and companies,” said Krach. “I am quite sure that this is a big starting point for a new form of cross-border journalism.”

Editor’s Note: The article has been updated on 5 April 2016 to reflect new developments in the reporting of the Panama Papers.