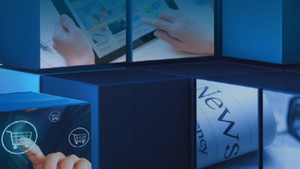 (This post is adapted from the just-published WAN-IFRA Report, “Alternative Revenue Streams for News Publishers.” Information about ordering/downloading the report is available here.)

That is why we decided to investigate some of the alternative revenue streams that publishers are tapping into. We wanted to learn about the strategies and tactics they are using in finding and exploiting new sources of income – and then share the lessons with the industry. (Of course, there are many revenue streams publishers can open, and we could not possibly cover them all in this report. In choosing the ones to include, we tried to focus on streams that have the greatest potential for the widest possible range of publishers.)

What we found is that the collision between the traditional publishing world and the digital economy forces publishers to rethink everything they have tried before. That means developing new products for advertisers, taking an innovative approach to holding events, and finding ways to monetize new kinds of content such as video.

The cases we selected for the report fall into two categories. One finds small and large media companies investing to develop revenue sources that have been in their portfolio for some time but remained largely dormant because other areas were easier to exploit. The second category finds publishers using existing strengths to finance ventures into completely new areas.

The goal is to balance revenue risks in the future, which sometimes means diversifying beyond the realm of news media. It is worth taking (calculated) risks in order to boost revenue, and it does not have to be an adventure into the complete unknown. Help is available from peers and specialists. Many of the examples we use are built on existing strengths. Of course there is a need to modify some job descriptions.

Sverre MunckAnd from the top down, nobody at publishing companies can afford to be oblivious to the changes in customers’ habits. As Sverre Munck, known for his role in helping transform Schibsted into a global media company, told us, “The evolution of society and how people consume sheds some light on how we could change traditional activities.” He went on to describe a service that uses online technologies and geo-targeting to deliver fresh and locally produced food products as well as newspaper to consumers. (These days Munck is Chairman of the Board, Opera Software, Norway, and member of the Advisory Board for Digital, Tamedia, Switzerland.)

Many of the publishers we contacted are helping businesses reach consumers by means other than advertising, or plan to start doing so soon. A digital marketing services agency – situated in the publishing house or externally – would appear to be a “no-brainer,” a business area that is obviously well-suited and potentially lucrative for news publishers.

Offering the widest possible range of services – from Google AdWords to websites to social media management – seems to be a good tactic for keeping competitors, who usually specialize in one area or another, at bay. Some publishers say re-selling white-label services from remote providers is the more profitable path; others argue that more profits and other benefits can be derived from fulfilling services internally. Some publishers use a combination of those two tactics.

Regardless, a major challenge lies in distilling the complex area of online marketing into a set of clearly defined service offers that salespeople can readily sell to businesspeople with little or no technical or marketing background. That requires strong marketing skills on the part of the agency and intensive training programs for salespeople. Also, digital services clients demand to be shown clear return on investment, so good reporting is essential.

Of course an element of risk remains. For instance, some regional and local markets are not ready to support full-service digital agencies. Thus any move into this area is best preceded by careful market research.

Just as we were finishing the report, which includes an extensive Q&A about STAT, The Boston Globe’s ambitious health and medicine site, came news that The Globe will stop supporting Crux, its niche site about the Catholic Church, because of a lack of ad revenue.

Rick Berke(The site will continue with a Catholic fraternal organization as its new partner.)

That naturally made us slightly nervous that a similar fate might befall STAT, despite what Executive Editor Rick Berke told us about Globe owner John Henry giving it lots of time to establish itself. Fortunately, at this writing there are no signs of upheaval at STAT. In fact, it recently announced it will launch several additional e-mail newsletters.

(Berke will address the World News Media Congress this June in Cartagena.)

The “e” in e-commerce does not mean “easy”

As we heard from RCS in Italy and Germany’s Südkurier, e-commerce has its own challenges. “A lot of money is needed for customer acquisition. Also, the profitability is lower than advertising,” Alceo Rapagna at RCS told us. In Germany, Michel Bieler-Loop said Südkurier’s e-commerce operation is a slow mover.

This is where we are reminded of the phrase, “If your name is Amazon …”. As fortune.com’s Jeff Jordan pointed out in an article in October 2013, economies of scale are key to the success of Jeff Bezos’s behemoth. Following Rapagna’s premise: If a large investment is needed to acquire each additional customer, then you need to derive as much revenue as possible from that customer – usually by offering a large number of goods and thus increasing the likelihood that he/ she will find lots of things to buy. That is a solution to the problem of low profit margins too, of course.

Thus it’s not surprising that RCS treats e-commerce as an interesting but experimental revenue stream. It and Südkurier try to differentiate themselves from the Amazons of the world by offering goods that are difficult or impossible to find elsewhere, exploiting synergies with editorial content, and trading on the power of editorial brands.

Here are some major takeaways from the report: