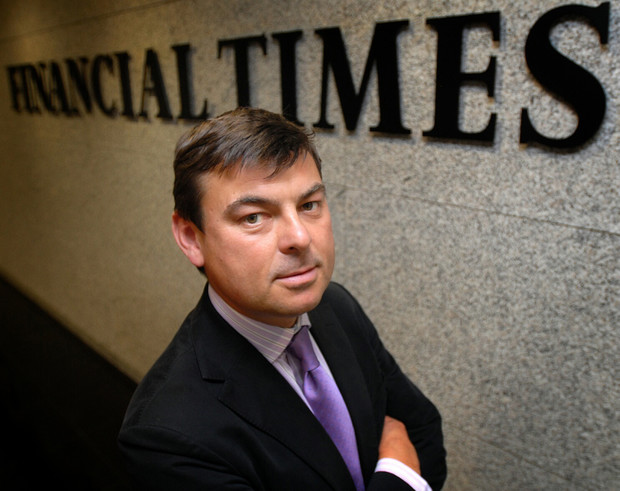 Dominic Good, Global Sales Director for the FT, recently told WAN-IFRA’s Valérie Arnould that the FT has already run nearly 30 campaigns using CPH and that it’s now a “part of the toolkit we can take out to sell.”

Asked how CPH has developed over the course of the past year, Good said that it has remained essentially the same.

“The methodology hasn’t changed – we’re still offering a 5-second guarantee for an impression to be counted, and we’re still serving impressions out onto the website to achieve a time goal,” Good told Arnould in an interview. “We’re optimizing time rather than click-through as one of the metrics. We’ve not been making huge changes to it because we haven’t needed to. It’s working well – advertisers are increasingly interested in it.”

At WAN-IFRA’s World News Media Congress in Cartagena in June, the FT’s VP of Advertising in the Americas, Brendan Spain, will talk more about CPH and some of its successes as well as limitations on Tuesday, 14 June.

However, he also stated that CPH is more of a premium product and not one that is necessarily suitable to all campaigns. “It’s appropriate for branded campaigns and campaigns where you have a minimum investment.”

How much of a minimum investment?

“I would say where people are willing to make at least a 20,000 pound (approximately 25,840 euros) minimum investment because otherwise you don’t have enough impressions to play with, and it’s probably not cost effective to be running small campaigns,” Good said.

“CPH enables you, if you’ve got a more complicated message, it enables you to only pay for the media that is working, only the media that is in view for a minimum period of time is going to have actually an impact on your brand.” -Dominic Good, Global Sales Director, FT

“The benefit of CPH,” he continued “is for people who are looking for branded campaigns and are prepared to look at brand metrics rather than click-through rates and all of that tends to happen with larger campaigns from our corporate partners as opposed to smaller campaigns, which are very often activated around tactical response campaigns and they’re really looking for clicks. It’s a premium product really, for brand-led campaigns, and that’s where we’re seeing the success with it.”

Ongoing shift from print to digital

“Digital is still growing, and print budgets are under pressure,” he said. “Some categories are still very much more resilient and are used to using print and are still very invested in print. Luxury, for us, is still a particularly important category, and luxury is still very print focused, but generally the tide is more and more towards digital.”

The second trend he noted is the continued growth in content marketing.

“I think that’s growing in all markets,” Good said. “We’re seeing that, particularly in our B2B business but also in our B2C. That’s a trend that needs a response from premium publishers, which is difficult to get the right balance and we don’t do an awful lot of content marketing. And we don’t use FT journalists to write any content for advertisers for obvious reasons.”

However, he said that increasing the amount of content marketing they do is something the FT is definitely working on.

“We think there’s a place for branded – clearly branded – messaging from advertisers, and if advertisers want to use advertising money to tell their own story in different formats, well, that’s fine but it has to be properly labelled to the reader and we are working on solutions for that. And we’re looking to properly launch into the content marketing space this year,” Good said.

Asked if they were planning to create their own agency, Good said he wouldn’t go that far, “but I do think we have the opportunity to create good content for our advertisers who are targeting either senior business decision makers or high net worth individuals.”

“It shouldn’t just be about creating content that talks puff pieces about advertisers. It’s got to be something that is valuable to the audience, and we want to enable that for our advertisers so they can best understand how to reach their audience through content. That’s best done by having an integrated proposition at the heart of the commercial department and we’re working on that. I think that’s one of the big challenges for all news brands today, which is how to respond properly to the rise of content marketing.” -Dominic Good, Global Sales Director, FT

As for print advertising, Good said that for the FT, print ad revenues have remained relatively stable.

“We budget every year for it to be slightly worse than it is, but it’s remarkably resilient as a revenue source,” he said. “Digital is where the growth is for sure and digital is growing very nicely here.”

The FT lumps its mobile activities and revenues in with digital, and Good acknowledges the challenges of getting advertisers to think more about mobile.

“It’s probably something that we need to do more than others need to do because we are a specialized publication – we have a very hard to reach audience, and they are a very scarce audience: Senior business decision makers around the world who operate international businesses. There aren’t so many of those people in the world.

“We’re not a mass market, generalist newspaper,” Good continued. “We’ve got to make the most of all the impressions. I think it’s easier to get advertisers to understand that if they want to connect with that audience, they need to do it whenever that audience is on, and receiving. They don’t spend a lot of time in front of the media, but they choose half an hour a day with the FT, but some of that may be on platforms that advertisers traditionally don’t use – like mobile. So I think it’s easiest probably for us to get that message across, and we’re certainly succeeding getting that message across, that if you want to connect with senior business decision makers around the world, you need to be on all the devices they are consuming news.”

Asked about the FT’s take on adblocking, Good says they are experiencing about the same levels as other publishers because, as he notes, once someone installs an ad blocker, it stays on as the move from site to site. For the moment, he said the FT is detecting whether users have an ad blocker installed and also optimizing their ad requirements.

“We have pretty rigorous ad policies already, we’re just codefing them into a document, which we’re going to be using as sort of our policy around what sort of advertising we will and will not accept, and how we want to communicate that to readers. We already have a very good advertising experience: We don’t do intrusive ads, we don’t do pop-ups, we don’t do stuff that distorts the page or overlays content, and we already have standards around how we label content so that people are clearly understanding what is an ad and what is editorial. And there are a few principles from the IAB’s LEAN principle that we are now embedding in our thinking.

“We’re taking that very much to heart and incorporating that into our advertising proposition,” Good continued. “So, I think that’s about communicating to the world that we have policies, and of course to the advertisers so that we don’t accept advertising that damages the user experience from our readers point of view. So all of that, we’re doing. But at the moment, we have no plans to do what others have done, which is to deny access to content, like Springer and others have done, we have no plans to do that, but it’s interesting to see how it’s going, and I’m keeping a very close eye on that, but that’s not on our radar right now. I think ad blocking is one of those evolving stories, ask me again in six weeks or two months, and I’m sure things will have evolved.”