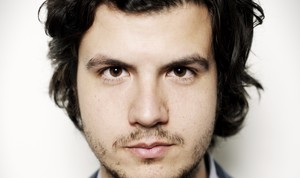 It is no secret that De Correspondent aspires to be a journalist-led Wikipedia. Members of the crowdfunded, ad-free platform, pay for permission to take part in a journalistic process, rather than merely accessing a final end-product. This participation, which feeds the journalism, is what sets the platform apart.

Providing a system that encourages members to share knowledge and expertise is work-in-progress. The personal newsletters from De Correspondent‘s journalists generate great input, but it runs behind the scenes, and the aim is to foster a ‘public’ debate on the platform, says Pfauth.

Getting members to share valuable comments
“Our comments section is almost as important as the articles themselves because we believe that every reader is an expert at something,” Pfauth told us. “If we write about a member’s expertise and they do not share their knowledge in the comments underneath the article, we lose.” That’s why, on the platform, its journalists are continuously requesting members to comment, share advice and extra sources.

Ernst-Jan Pfauth will be sharing his thoughts on building engagement at WAN-IFRA’s 23rd World Editors Forum in Cartagena, Colombia on 12 Jun 2016 to 14 Jun 2016.

Currently, about half of De Correspondent’s 48,000 paying members have shared a comment since they joined. But a more interesting metric is how many of those comments are actually relevant to the journalistic research, according to Pfauth. “The number of comments is not that important, there are a lot of people that have perhaps just retired and need a way to spend their day,” he said, jokingly. De Correspondent doesn’t just want interaction, they’re hoping to enrich their journalism with experiences, new sources, research and, of course, critical objections and sharp comments, as Editor-in-Chief Rob Wijnburg writes on the platform.

Rewarding members for sharing valuable comments
While many news organisations are shutting down their comment sections, De Correspondent is refining theirs – to encourage members to share such valuable comments. Several new features were introduced last month, such as the ability for its journalists to highlight contributions that add value, move them to the top of the list, and send automated email notifications to those members who wrote the comment.

This method of rewarding members aims to generate more comments with added value. “It will be a small percentage of members that actually share their knowledge because it’s a challenge to do that,” Pfauth said. “On top of that, most people think that only aggressive, anonymous, angry people share comments and we have to fight against that image.”

Moving from being a publication to being a platform
The aim is to go from being a publication to becoming a platform. “If you want to achieve that, you need to give people a place where they can write their own notes or point journalists in a certain direction. Right now, journalists are writing about something and members can respond. At some point, you need to give the initiative to members, so that they can ask a question, add notes and really build up a profile there.”

The biggest reward in the long-run is for members to build up a reputation on the platform, according to Pfauth. That’s why, later this year, De Correspondent aims to introduce functionalities that help people to set up a profile, enabling them to list the comments they’ve posted, to show that they are a valuable member of the community. “Perhaps if we really become an institution, they will put it up on their resume saying ‘I’m an expert in innovation in education because I have X amount of valuable comments on De Correspondent within this niche,” Pfauth said.

Niche content and valuable comments go hand-in-hand
The platform’s efforts to offer very specialised content encourages members to leave a comment. “They see that the journalist actually knows something about the topic and that he or she isn’t afraid to write a specialized article,” said Pfauth, explaining that a lot of people are pleased to finally see a form of journalism that isn’t superficial when it comes to their expertise. “When you read a general newspaper, it’s like okay it’s the truth and then you see an article that you actually know a lot about and realise that a lot of nuances are missing. Maybe it is written in such a mainstream way that it doesn’t really reflect the challenges you’re actually facing within your expertise.”

To tap into new niches, De Correspondent‘s Editor-in-Chief Rob Wijnburg and its Deputy Editor Karel Smouter started a series of so-called ‘pitching days’ earlier this year. In different locations throughout the Netherlands and Belgium, they organised face-to-face meetings where freelance journalists can pitch their story ideas. Although it may broaden regional reach, it is mostly interesting in terms of finding new journalists with obsessions -and a following- in specific niches. “It really fits our mission. We don’t want journalists to just write one story, we want them to start a series or a project on our site, so they can really engage with readers, build up a dossier.”