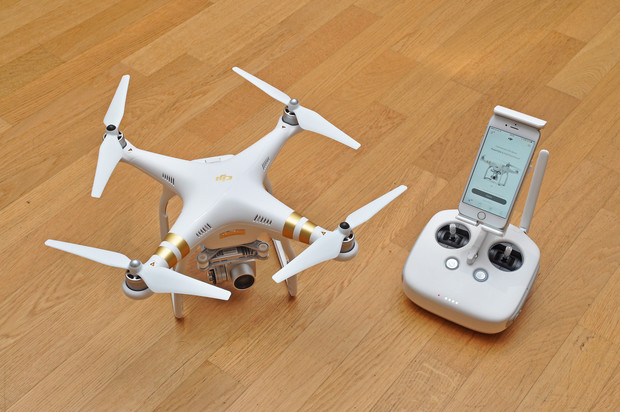 “Drones give the audience an opportunity to interact and massively experience the news,” says Olewe, who alongside the Centre for Investigative Reporting and News Lab at Google held the first ever drone journalism conference in 2015. Olewe credits his engagement with the drone community in the US and work with like-minded journalists Matt Waite and Matthew Schroyer in opening up a discussion platform for sensor journalism.

Olewe is now working on a conference in Kenya to spark dialogue about the “amazing potential for drone use in journalism and data”. Olewe hopes to apply the model of affiliation that other news organizations have created with universities, such as CNN and Georgia Tech’s partnership, to various African countries. Olewe remarked that similar problems are popping up for drone journalists in Africa, the United States, and the UK, hoping to address them by engaging journalists, students, and government leaders in a discussion on the benefits of drone journalism into 2016.

Read more about drone journalism through WAN-IFRA’s Global Alliance for Media Innovation (GAMI) and their partnership with the Civic Drone Centre at the University of Central Lancashire, which held the first journalism drone hack earlier this year.

How have the current drone laws in Kenya affected your work at African SkyCAM?

The last project we did was in November 2014, and in January of 2015, the Kenyan government sent out a notice about their concerns of civilian operators for drones, citing it as a threat to national security.

Their issue of a blanket ban and process of application to the Ministry of Defense makes getting permission to operate from the Kenyan government somewhat tricky.

We had not been able to do anything since this notice came into play, but about a month ago the Kenyan Aviation authority said that you can actually use a drone, but there is a process, which includes training to operate.

What knowledge did you bring from your work on African SkyCAM to your drone conference in Silicone Valley?

The conference was actually a buildup of my engagement with the drone community in the US. I have met a lot of operators in the US and Europe who I have engaged with and who continue to advise me.

When I went to Stanford in July 2014, the FAA was cracking down on civilian operators of drones. It felt like for the communities in Europe, the US, and Africa, the issues surrounding civilian drone journalism were similar, so it was easy to say, “hey we need to bring these individuals together in one space”.

We also got manufacturers and lawyers who have been working closely with the FAA, along with Matt Waite of the Drone Journalism Lab and Matthew Schroyer on the panel.

The conference acted as a meeting for journalists with similar interests, and you could broadly say that we were all facing a similar problem with drone journalism. We had very good conversation surrounding the latest tech advances, like the ability to map out drones on your Smartphone to reduce a need for training, regulations, and the best practices to use. My goal was to get the top guys promoting drone journalism in the US together, and we succeeded in that regard.

What is the future of sensor journalism and drone data?

I think it’s massive. One thing we wanted to do with African SkyCAM, and I got pretty lucky because of the partnership I had, was to expand the equipment to get more than pretty pictures from above.

We are very interested in other applications – like collecting data on the amount of toxicity and pollution in the air. Also, in the last project we did, we shot a dumpsite in Nairobi from above and were able to stitch together the images and produce a 3D model.

When it comes to storytelling, you can imagine that something like interactive data produced by drones gives the audience an opportunity to interact and massively experience the news.

What are your individual plans for making drone journalism more applicable?

If you look at South Africa, they have some progressive laws when it comes to using drones. In Kenya, Uganda, and Morocco, for example, there are laws completely banning drones, and they are essentially responding to fear rather than realizing the potential that the technology has to open up spaces for data and information.

My game plan is to reach out to a university in Kenya where we can have a talk and eventually invite someone from the government. We will have a conversation and a hands-on hacking and data application seminar, and hopefully we can use that platform to try to lobby for an exclusive license to operate. We know that whatever we do on the field could then inform the policy that the government is struggling to put together, as CNN and Georgia Tech did by sharing their landings with the FAA. That’s the kind of strategy that I think the government might be interested in, and then we could replicate that kind of model in different African countries.